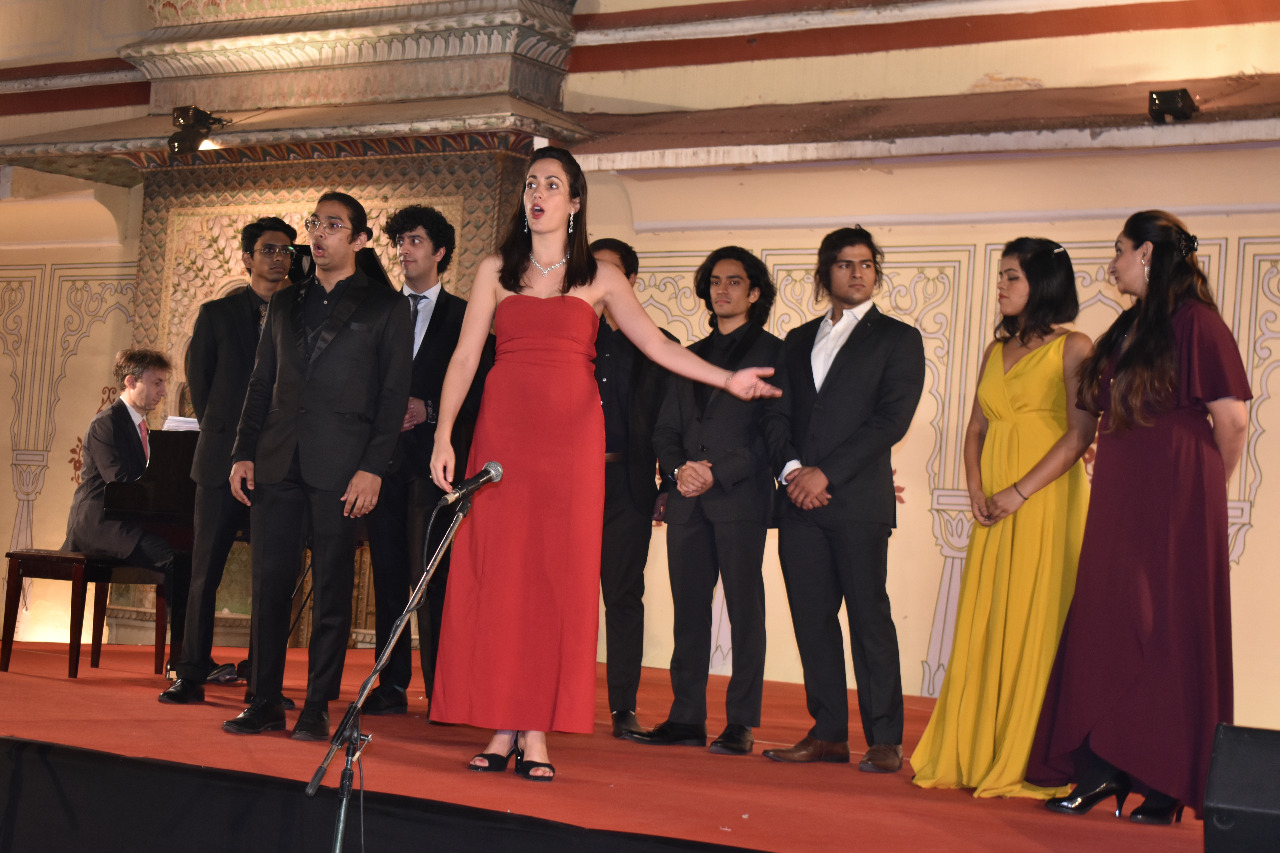 The Chief Guest, on the occasion, was Governor of Rajasthan, Shri Kalraj Mishra. The Guest of Honour was MP Diya Kumari. Also present on the occasion was Mr Emmanuel Lebrun-Damiens, Country Director and Counsellor for Cooperation and Cultural Affairs, French Embassy in India.

The Governor congratulated the young artists on their brilliant performance. He said that such events were an ideal platform to showcase the talent of young budding artists. He wished the participants luck in their future endeavours.

MP Diya Kumari expressed her delight at the international exposure this event gave to the students of the Palace School. She greatly appreciated the performance by the artists of the Neemrana Music Foundation. She also paid homage to Sardar Vallabhai Patel on his 146th birth anniversary.

Mr Emmanuel Lebrun-Damiens emphasised the importance of music in bringing the French and Indian cultures together.

This event was organized in commemoration of the agreement signed between The Palace School, the City Palace and the French Embassy and French Institute in India.