”POETRY HAS A LICENSE WHICH OTHER GENRES DON’T”

HomePress Release”POETRY HAS A LICENSE WHICH OTHER GENRES DON’T” 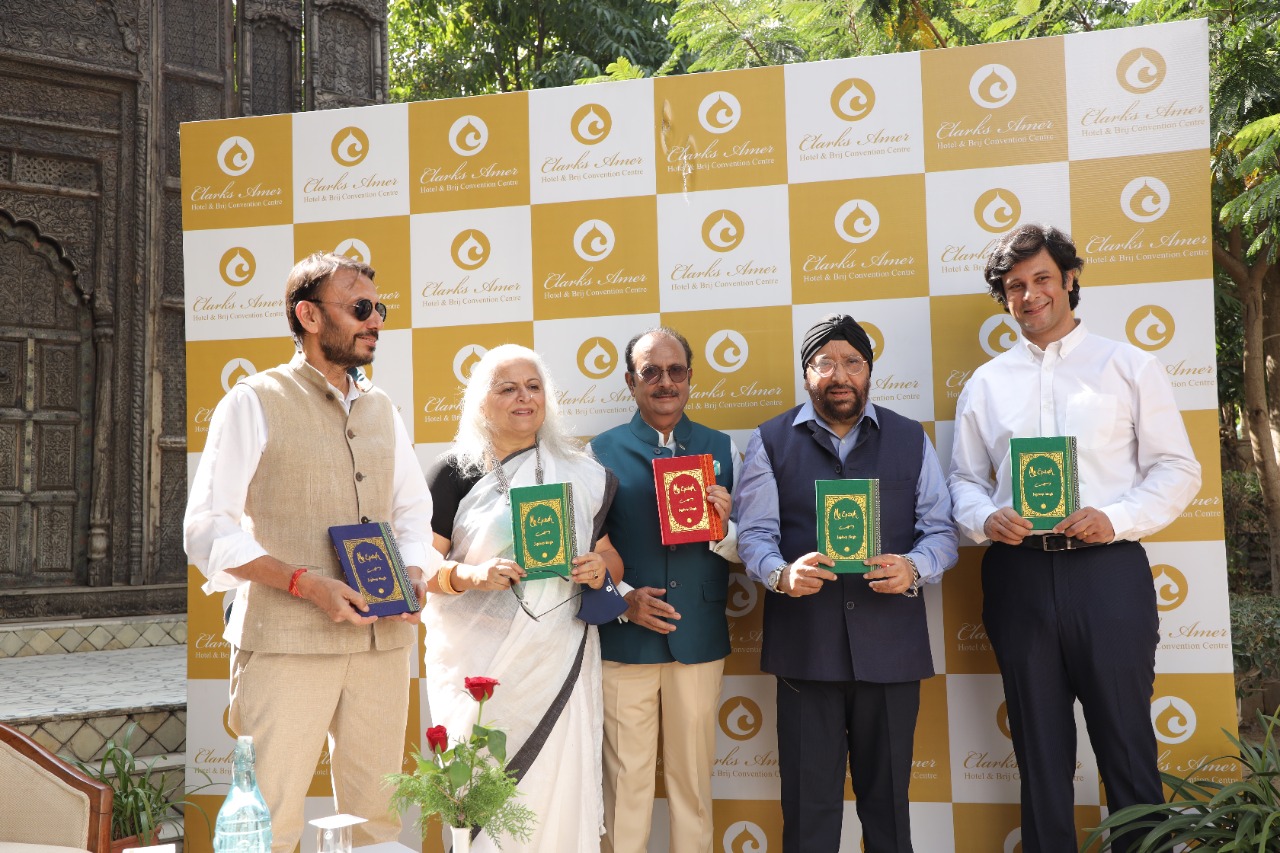 ”POETRY HAS A LICENSE WHICH OTHER GENRES DON’T”

The Jaipur-based poet Jagdeep Singh today said that poetry has a license which other genres don’t. This makes easier for the poet to convey his feelings and thoughts by way of imagination and interplay of words. The same facility is not available to playwrights and novelists. He was speaking at the book discussion of his poetry anthology ‘My Epitaph’ with Mumbai-based actor, singer and songwriter, Suhaas Ahuja at Hotel Clarks Amer. Before the discussion, the book was released by Former Rajasthan Tourism Minister, Bina Kak, President, Jaipur Citizen Forum, Mr. Rajiv Arora and MD, Clarks Group of Hotels, Mr. Apurv Kumar.

At the book interaction event, he covered various points related to the writing of the poems and how confessional poetry differs from subjective and objective poetry. He said that as a reaction to Classicist poets like TS Eliot and Ezra Pound, the confessional poetry of baring personal feelings became the trend with poets like Sylvia Plath and Anne Sexton. And thereafter, contemporary poetry also has the element of confessional poets when they display their inner emotions and their fight with their personal demons.

The poet also read out some of his poems for the audience such as ‘My Epitaph’, ‘For Sylvia Plath’. One of the poems, ‘To Maharaja Sawai Jai Singh II’ was a satirical take on the civic sense of the people of Jaipur.

The discussion was followed by a Q&A round in which the literati of Jaipur raised a large number of questions.