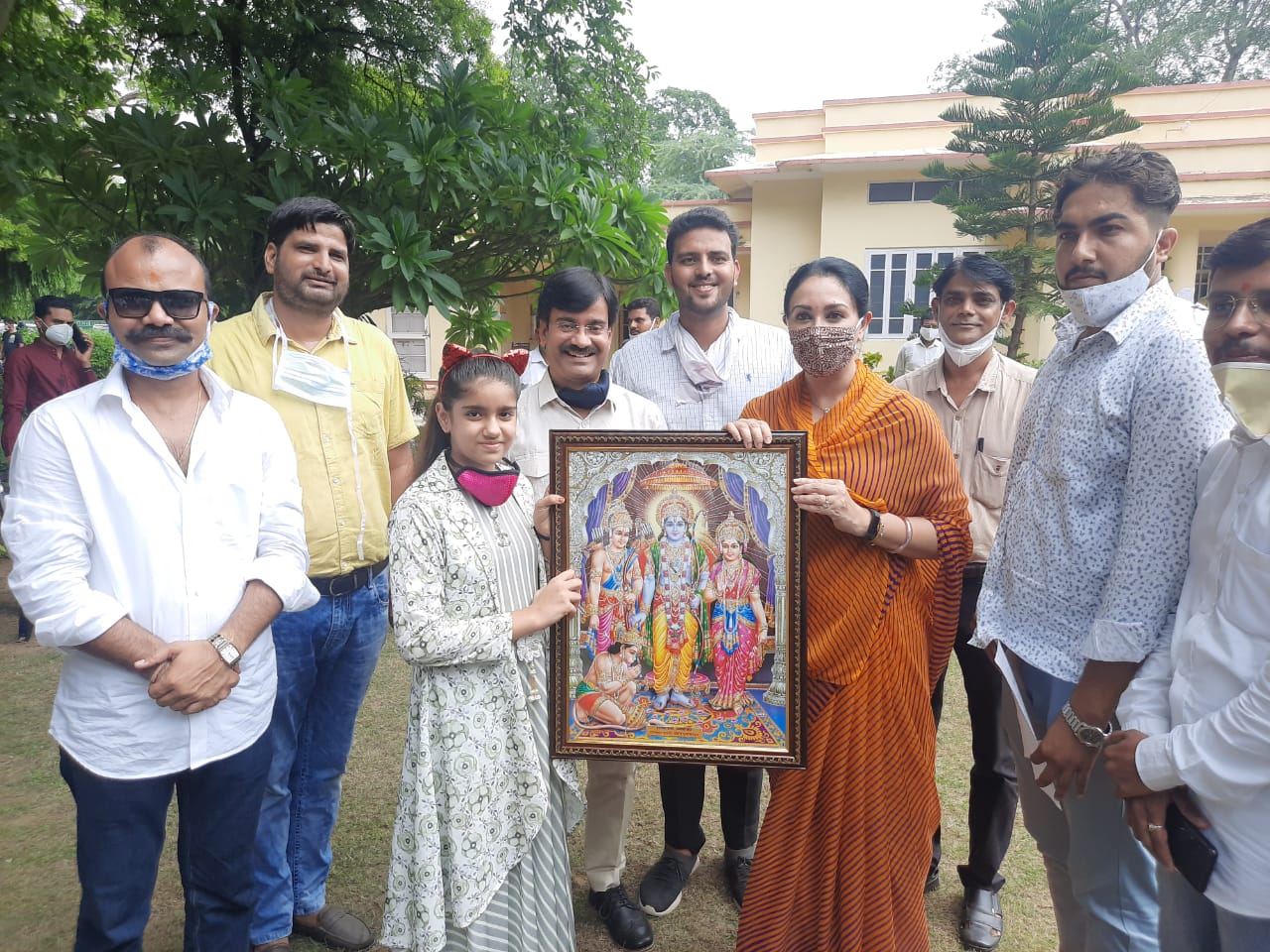 On the occasion of being appointed as the State General Secretary, Rajsamand MP, Diya Kumari, met with workers in her office in Civil Lines. Present during the meet were, students of Jaitaran, Alwar, Dausa, rural Jaipur, Beawar, Sawai Madhopur, Kala Khera and Rajasthan University. Similarly, officials of Rajasthan Private Nursing Association, workers of the All-India Yadav Mahasabha, office bearers of the Jaipur Chapter of CA Institute of India were also present. On the occasion, they met with and apprised the MP of the various problems and congratulated her on becoming the General Secretary. MP Diya Kumari took action to solve their problems and expressed her gratitude for their congratulatory wishes.