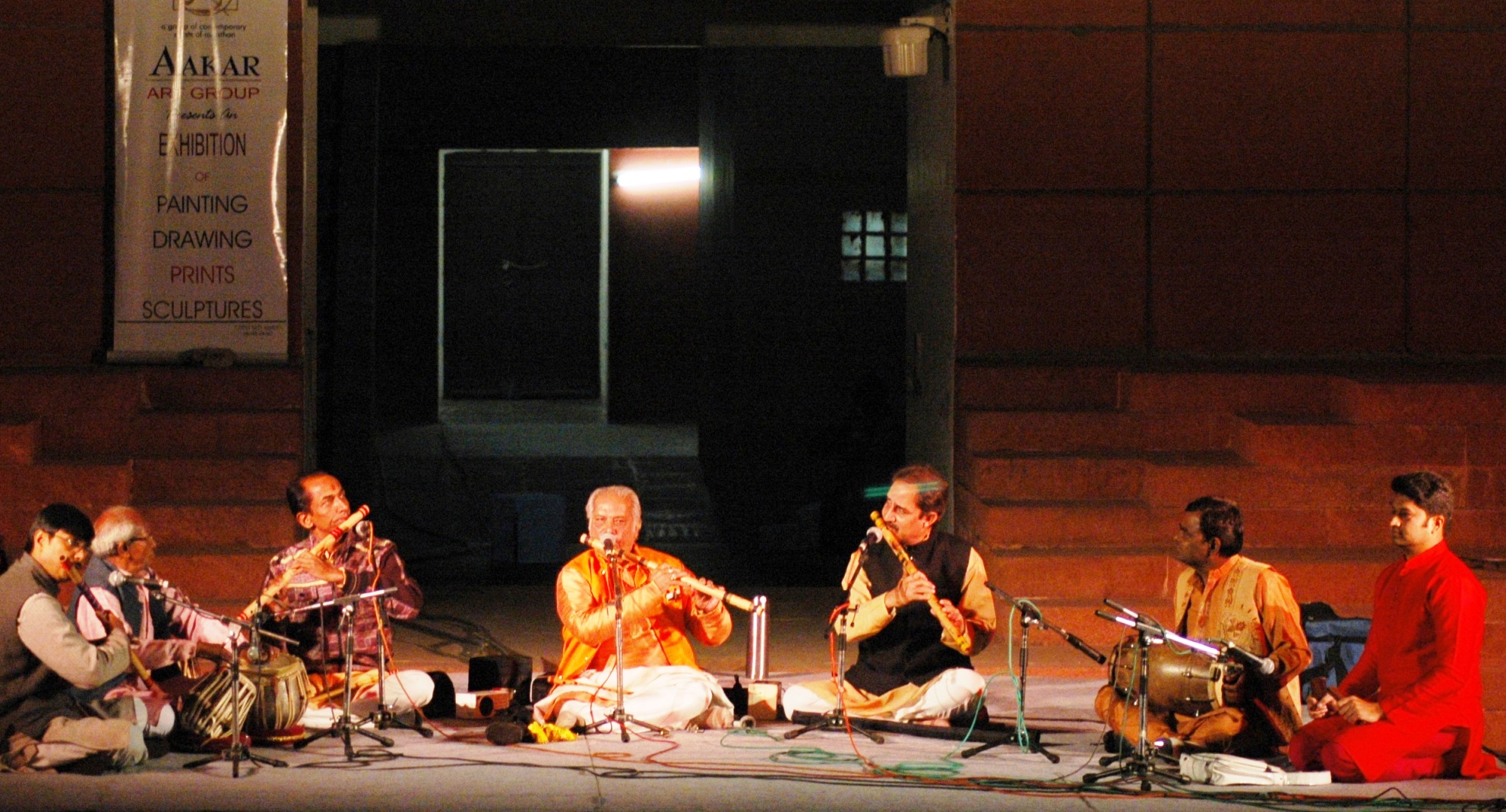 The third day of the week-long Rang Rajasthan at Jawahar Kala Kendra (JKK) witnessed the staging of two plays, talk show with renowned actor Mr. Anup Soni, Open Mic Jaipur poetry sessions as well as fusion band and folk dance performances in the evening. Being a Sunday, the festival witnessed a huge swarm of visitors on 7 January who enjoyed the various activities taking place at the Kendra.

The play ‘Deega Dhoran Mein by Shubham Pareek’ was staged at Krishnayan. The play was a solo performance and a Rajasthani adaptation of Japan’s one of the most famous writer Reyunosuke Akutagawa’s short story ‘Yabu No Naka’ (In a Groove).

The story is about a cursed imposter; who is left stranded in the parched lands of Thar. According to his curse; he has to narrate the entire preceding of the nearby village to a tree stump. The story revolved around a case about the rape of a woman and the murder of her husband in which the main culprit is a famous dacoit.

Renowned TV actor, Anup Soni shared his life journey of first becoming a theatre artiste and then moving towards TV and cinema. He said that Jaipur made him realise his love for theatre and attracted him towards the medium. Acting is a study in itself which is heavily focused on technique rather than book knowledge. As an actor it is important to let oneself do certain niche roles to create an image in the industry, after this the actor can try experimenting and breaking the mould.

He further said that theatre offers training that teaches you a lot and follows you throughout your career on screen. The upcoming platform of web series is becoming very popular due to its feature of having a long shelf life, ease of access and mobility. The mediums of consuming entertainment continue to remain the same however, their balance may change from time to time.

The play ‘Behmi Banyo’ by Sartaj Narain Mathur was staged at Krishnayan today. The play is based on a situational comedy whose plot revolves around greedy Banwari Lal who is forcing his daughter Rajni to marry wealthy Gopal. But Rajni is in love with Rattan who also loves her back. The play is a Rajasthani adaptation of Hangama-e-Locket (a famous comedy play) with Jaipur actors.

The day concluded with a performance by ‘Indradhanush Folk Fusion’ band – Dr. B.L. Sharma & Group. This was followed by folk dance performances – Ghindad by Ms. Shweta Garg & Group of Jaipur and Bindori Kala presented by Mr. Ashok Kashyap of Jhalawar. Both the dances are Rajasthani folk dances performed during the Holi festival.

On 8 January, the day will begin with Keyboard and Vocals recital at Open Mic Jaipur at 1.30 pm. This will be followed by play ‘Hain’ by Kewal Kartik at 3.30 pm and talk show with renowned Kathak dancer from Jaipur, Ms. Shashi Sankhla at 4.30 pm. At 5.30 pm a theatrical play called ‘Teze ro Tez’ by Vipin Purohit of Bikaner will be staged. In the evening there will be Folk Fusion band, Folk Dance, Ardhghoomar.