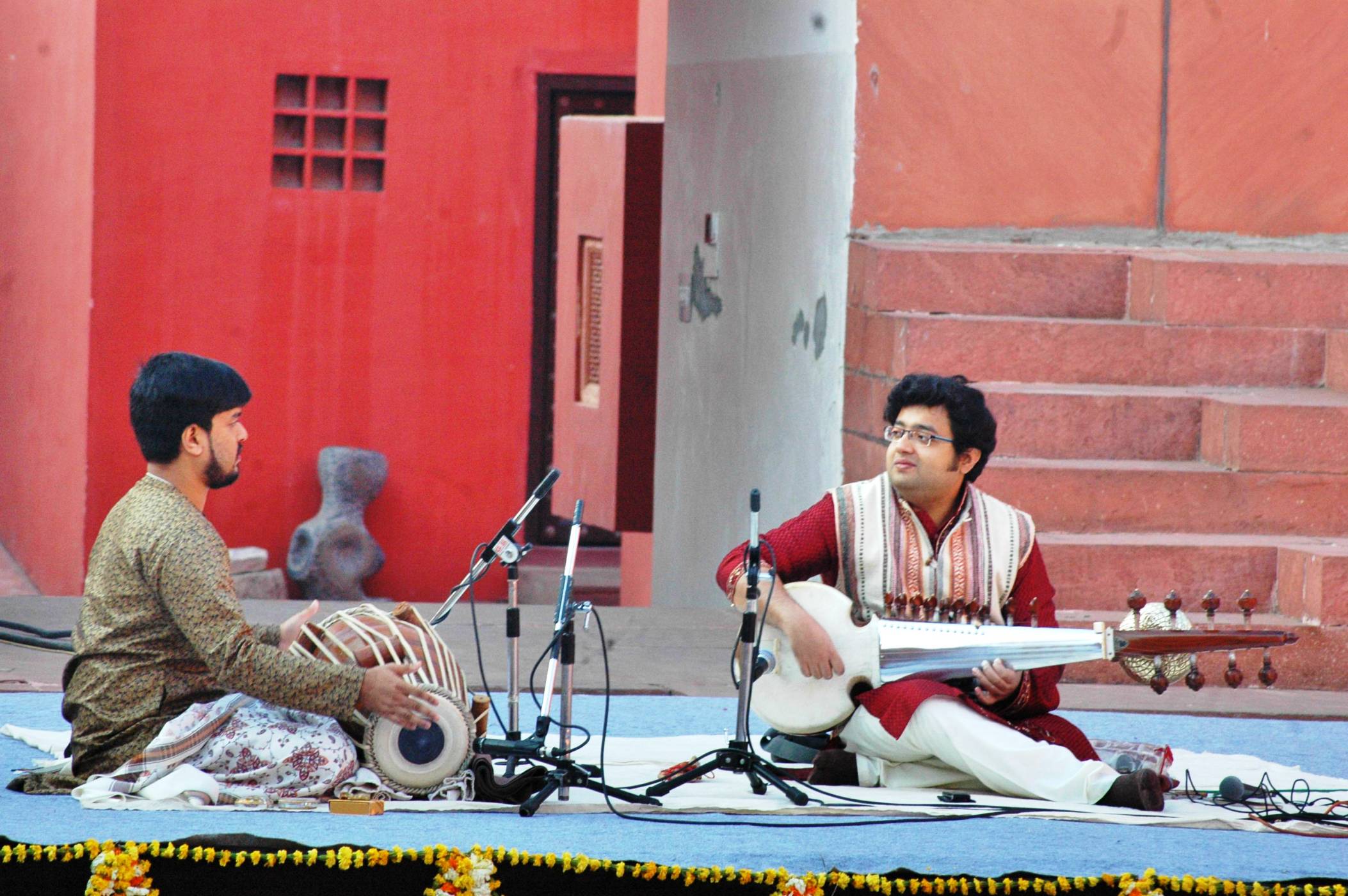 Mr. Bhattacharjee performed ‘Raga Ahir Bhairav’, in which he started with ‘Dhrupad Alapchari’, followed by rare compositions in exclusively Dhrupad Talas like Vilambit Choutal and Dhamar. He later concluded with ‘Drut Aditaal’.