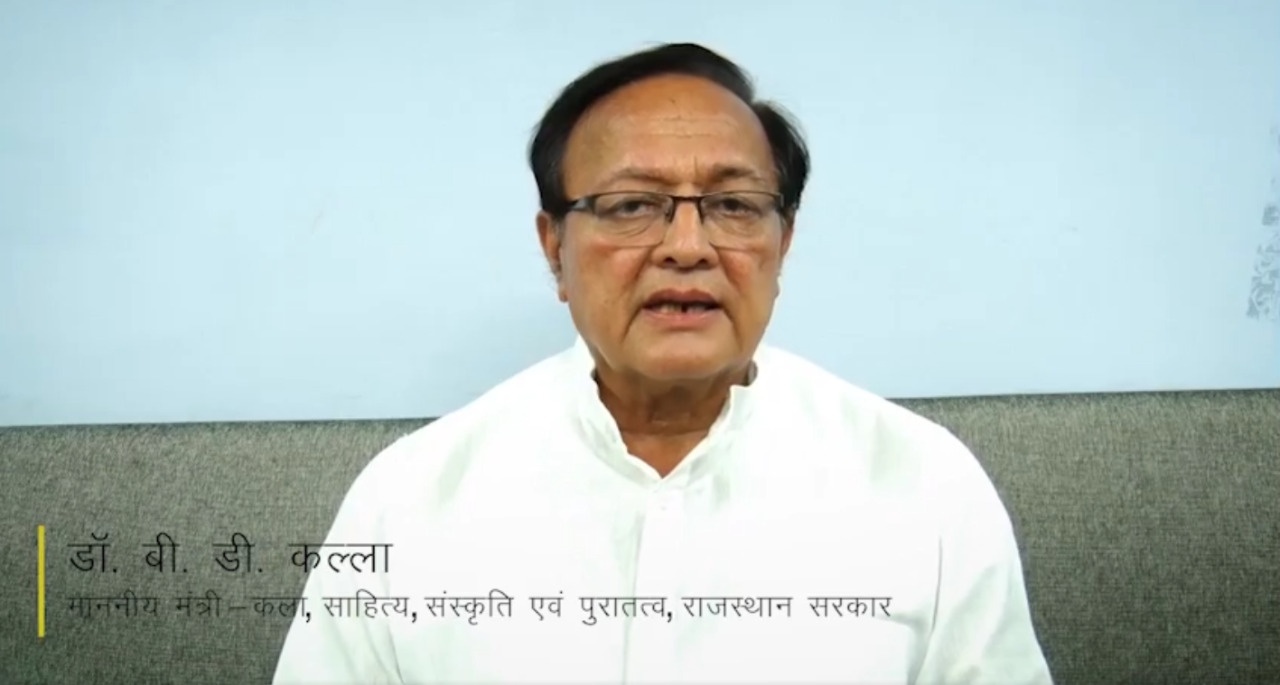 On the occasion of the day the ‘Indian Independence Act’ was passed, a virtual photo exhibition of the Rajasthan’s freedom fighters archived by the Rajasthan State Archive Department, Bikaner was showcased on Jawahar Kala Kendra’ (JKK) Facebook page. The programme marked the beginning of the ‘Azadi Ka Amrit Mahotsav’ being organised by the Department of Art and Culture, Government of Rajasthan; Rajasthan State Archive Department, Bikaner and Jawahar Kala Kendra, Jaipur. It was inaugurated by Minister of Art & Culture, Government of Rajasthan, Dr B.D. Kalla. The exhibition aimed to showcase the photographs and life experiences, struggles and sacrifices made by these freedom fighters for India’s independence. Some of the districts highlighted in the exhibition are – Ajmer, Alwar, Bharatpur, Dungarpur, Jaipur, Kota, and Sawai Madhopur.

On the occasion, Dr B.D. Kalla said that all the freedom fighters who took part in India’s Independence struggle deserve our deep reverence. This exhibition has been organised with the aim of making the future generation aware of the history, recognizing the value of freedom and spreading the heroic sagas of these freedom fighters to the masses. It showcases the struggle of over 200 freedom fighters from Rajasthan, district-wise and their active contribution to India’s freedom movement in their respective areas. The future generation upon reading the sagas of India’s freedom struggle will be inspired to create a new and strong India.