“KUMBALGARH SHOULD BE DEVELOPED AS A TIGER RESERVE” – MP Diya Kumari 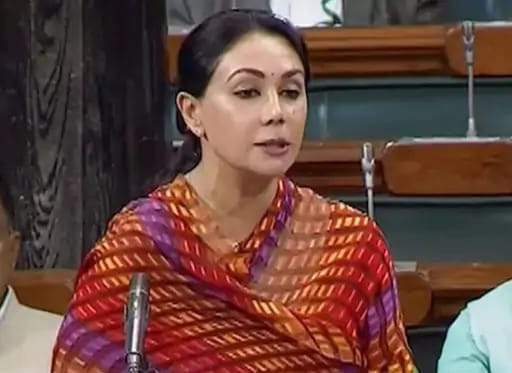 “KUMBALGARH SHOULD BE DEVELOPED AS A TIGER RESERVE” – MP Diya Kumari

On the very first day of the monsoon session in the Lok Sabha, MP Diya Kumari put forth the demand for development of Kumbhalgarh as the 5th potential tiger reserve in Rajasthan. She said that Kumbhalgarh sanctuary is spread over 1280 sq km, which is bigger than Sariska and has recorded the presence of tigers since 1970s.

Speaking  under the Rule 377  of he Parliament, the MP said that the the prey base is sufficient for 4 tigers in the initial phase and has the capacity to house at least 45 tigers in the coming years. In Ranthambore, the growing tiger population is migrating from protected areas in search of new territory and as a result there is conflict between humans and tigers.

The MP added that it is very important to develop new Tiger Reserves while conserving the existing Tiger Reserves and the process of bringing tigers to Kumbhalgarh should also be accelerated to promote tiger conservation in the country.

Question asked in relation to skill development during Question Hour-

During the Question Hour,  MP Diya Kumari asked the Minister of Skill Development and Entrepreneurship the district wise details of the number of Prime Minister’s Skill Development Centers in the country; the details of the total number of students trained over the last three years, including Rajasthan as well as the data on total number of students that got employed after the training in last three years.