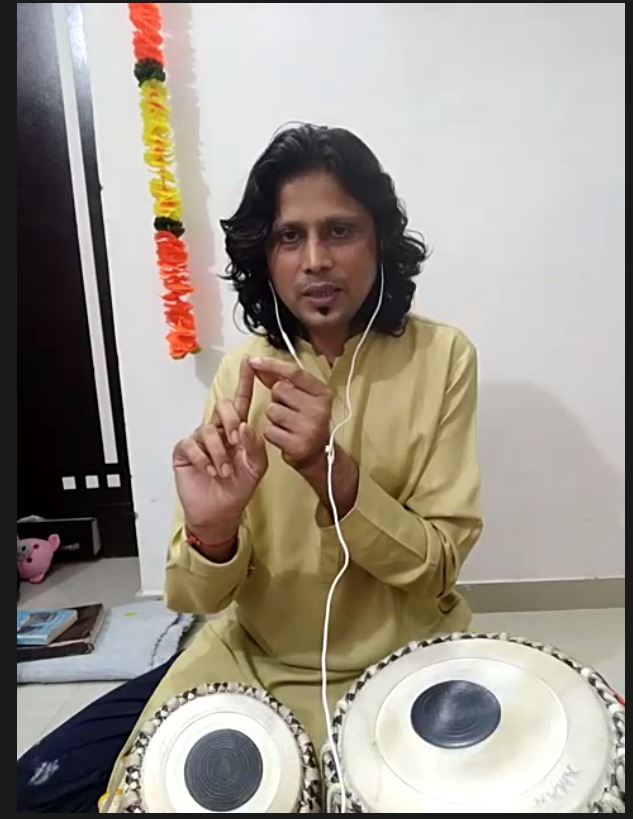 As a part of the ongoing ‘Online Learning – Children’s Summer Festival, an online learning session on ‘Tabla Vadan’ was conducted by tabla maestro, Dr. Ankit Pareek from Jaipur. The guided session taught the nuances of ‘Tabla’ with special focus on rhythm, beat and composition.

The session began with a brief introduction to ‘Tabla’ as a musical instrument. He said that ‘Tabla’ is a rhythmic instrument whose music involves skillfully composed rhythmic patterns, intriguing compositions, and complex beat structures. ‘Tabla’ comprises of two drums, one played by each hand. The essence of ‘Tabla Vadan’ lies in the harmonious balance between the two drums, he said. Following this, the artiste explained posture and hand positions to be maintained while playing the ‘Tabla’.

After this, the artiste demonstrated ‘Taal Teental’ using ‘Taali’ (Clap) and ‘Khaali’ (Empty Sound). Then artiste practised ‘Taal Teental’ on the Tabla with ‘Ekgun’, ‘Dugun’ and ‘Chaugun’ rhythms. The viewers also learned how to play ‘Tihaai’. The class concluded with a lesson on the 10 ‘Varnas’ of the ‘Tabla’.

Due to technical issues the session was not hosted live. It was later uploaded to the official Facebook page of JKK.