VIEWERS ENJOY THE STORY OF THE POOR AND NOBLES IN THE PLAY, ‘TEEN TAPPAR’ STAGED AT JKK

HomePress ReleaseVIEWERS ENJOY THE STORY OF THE POOR AND NOBLES IN THE PLAY, ‘TEEN TAPPAR’ STAGED AT JKK 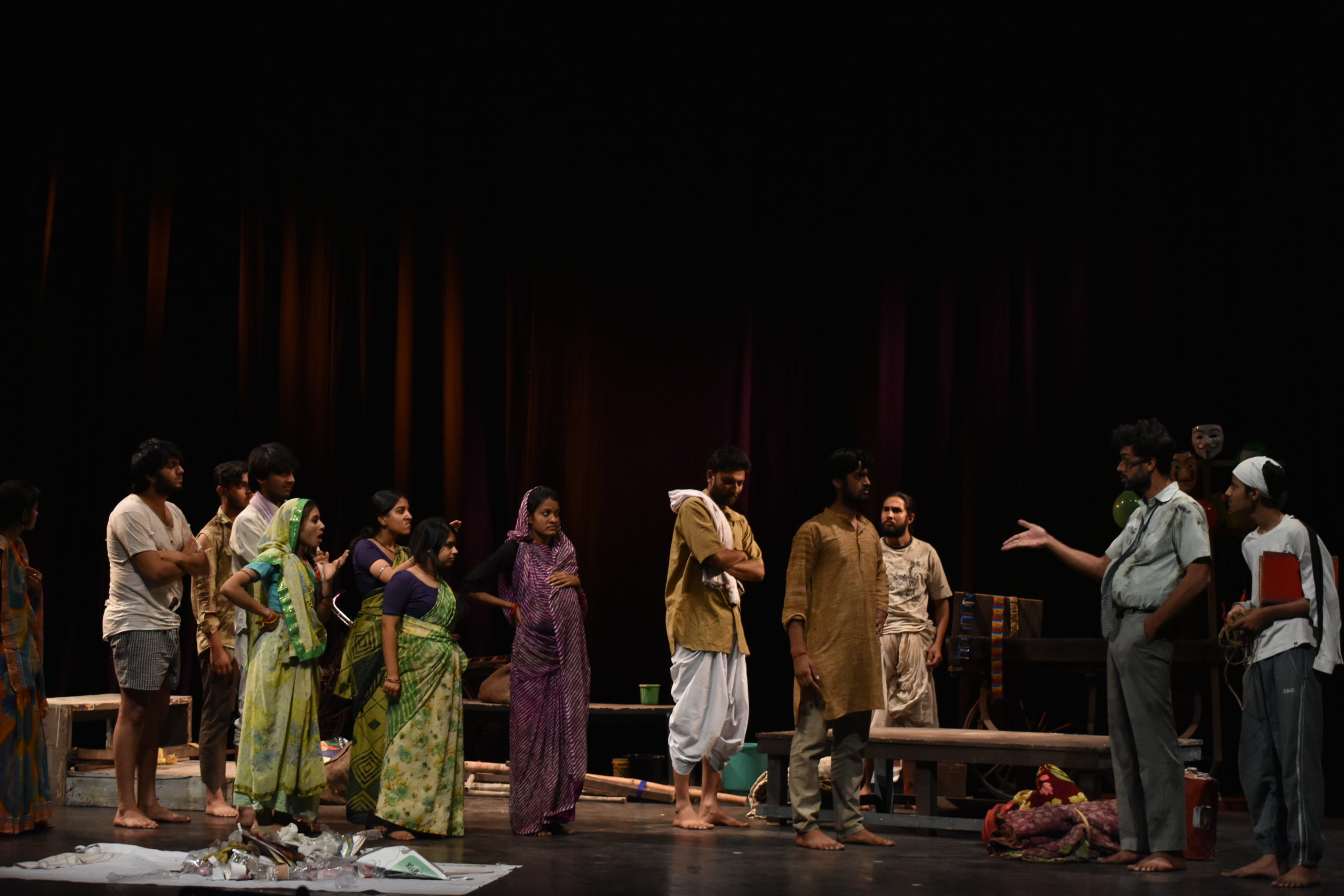 VIEWERS ENJOY THE STORY OF THE POOR AND NOBLES IN THE PLAY, ‘TEEN TAPPAR’ STAGED AT JKK

The intensive theatrical workshop organised at Jawahar Kala Kendra (JKK) under the joint aegis of JKK and Sarthak Theatre Group concluded with the staging of the play ‘Teen Tappar’ at Rangayan in JKK. The play narrating the story of the poor and nobles was directed by senior theatre director, Sabir Khan and written by Nag Bodas. In this play, around 18 young theatre artists who were trained during the workshop performed. It is to be noted that this workshop began on 28 January at JKK.

The play, ‘Teen Tappar’ followed the story of the people from the slums who spend their nights under tin roofing on a small piece of land by laying grass on the earthen walls. Suddenly, one day their laughter turned into tears and screams when they came to know that a multi-storeyed building was to be erected there, after destroying their ‘teen-tappars’ and evicting them. The play was a document of crores of such people.

The young theatre artists who participated in the workshop were exposed to academic knowledge like the history of Indian and western drama, theatrical analysis, etc. Along with this, intensive training was given on the basic principles of acting and various improvisational methods related to body and voice. Apart from this, Shri Rajendra Rao and Sanjay trained the participants in music and dance. During the workshop, actor, Narendra Gupta, who played Dr. R.P. Salunkhe in the CID serial, was specially invited to interact with the participants. Sachin Sekaria, Sahal Khan, Mahipal Singh along with Assistant Director, Mr. Areef Khan were also involved in training the participants in the workshop.