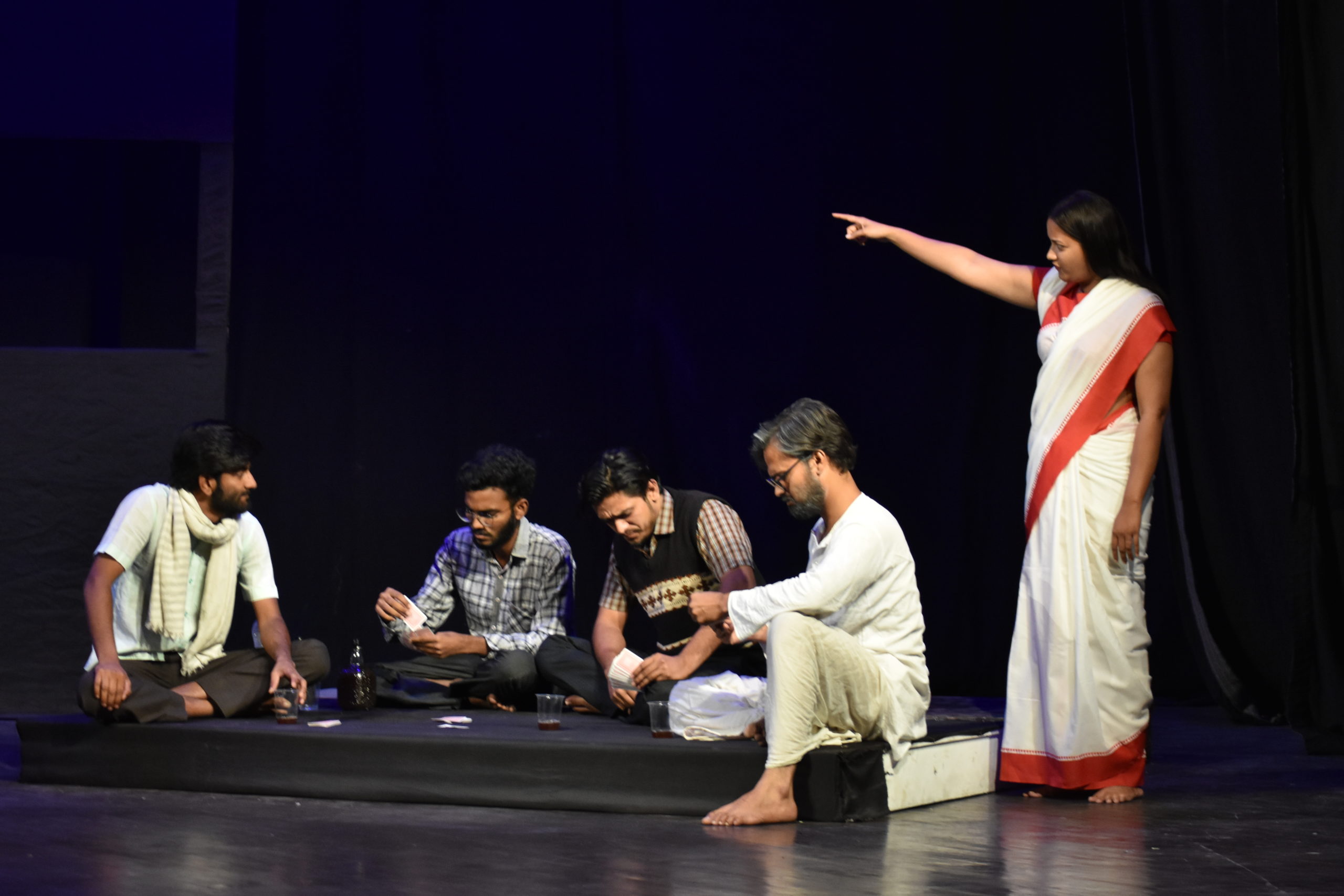 Jawahar Kala Kendra (JKK) organised the play, ‘Pagla Ghoda’ as a part of the fortnightly theatre series. The play was directed by Sabir Khan and written by Badal Sarkar. It was staged in Rangayan at JKK.

The play told the story of four men who gathered at a cremation ground at night for the funeral of a young girl. While waiting for the cremation of the corpse of the girl who killed herself, the men entertained themselves. As the night passed, the spirit of the young nameless girl stimulated and persuaded them to tell their love stories. The men shared their love stories which shed the light on their guilt-consciousness and remorse.

The playwright advocated for a life which is beautiful. At the end of the play, Kartik, the compounder and one of the male characters, who loved the girl burning on the pyre recalled that she had come to him to get the poison, but he advised her that, ‘If one stays alive anything is possible.’ Regardless, the girl killed herself and feeling guilt, consciousness and remorse, Kartik also wanted to end his own life. He put the poison in his glass, and as soon as he made up his mind to drink it, he remembered what he said to the girl and poured his drink onto the floor.

‘Pagla Ghoda’ is a popular Bengali rhyme in West Bengal about a wild and mad horse that signifies a force, out of control, unpredictable and terrible in its untamed beauty. The play focused on men-women relationships and highlighted the subjugation of a woman in a patriarchal system. It explored relationships from four different socio-economic segments of society.

All women in the play, in the matters of love, were bold, courageous, sincere and devoted. They were the perfect image of true love without any reservations. They were ready to face calamities and each of them sacrificed their lives for the noble cause of love. Whereas the four men appeared hypocrites, cowardly, and insincere and this is why they betrayed the women of their lives. They were ready to sacrifice the woman they loved rather than take a risk that may cause a scandal, create turmoil in their lives or risk them losing their reputation.