‘VERA’S TALES’ UNRAVEL THE IMPERFECT WORLD OF ADULTS AT JKK 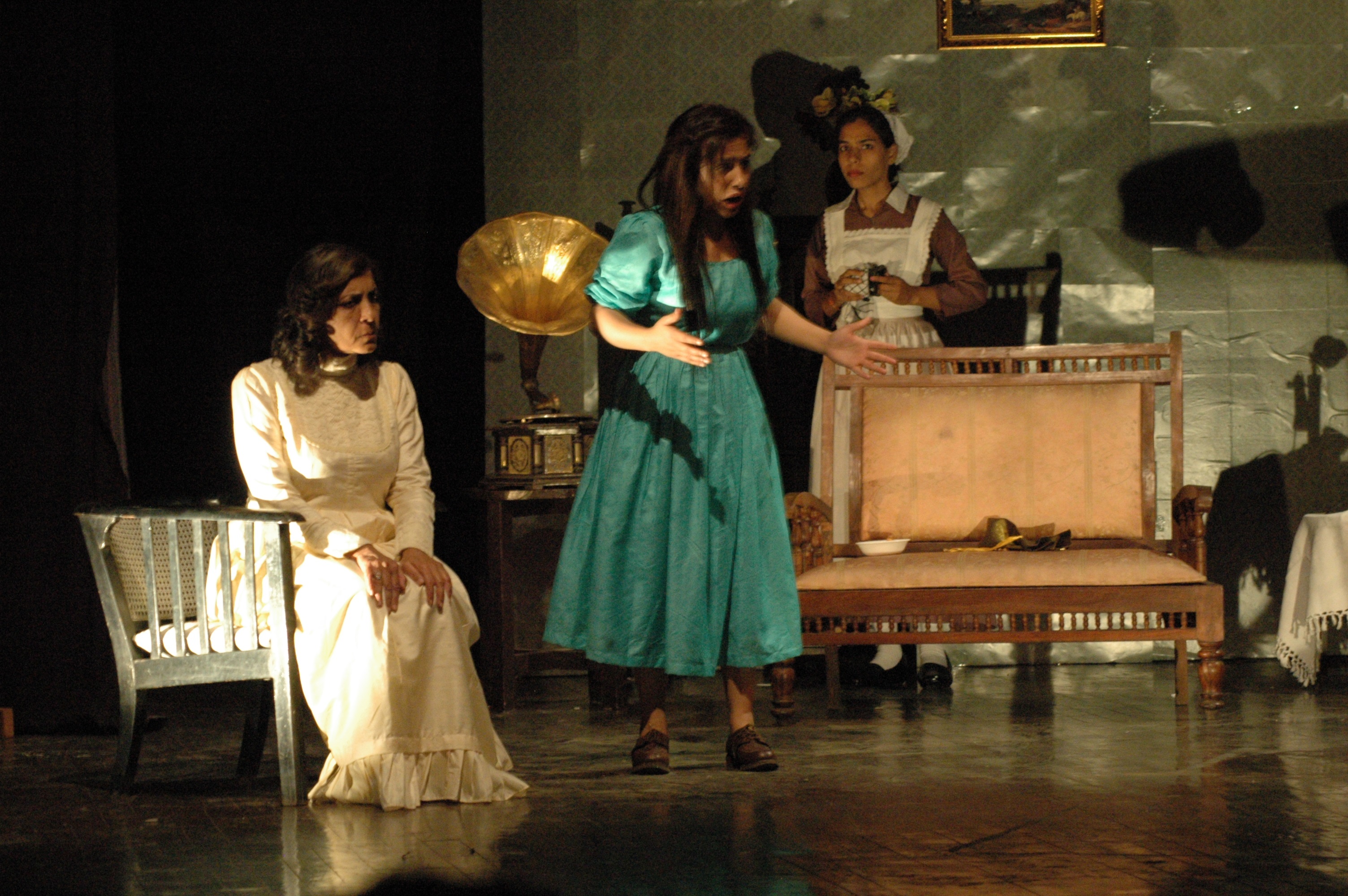 ‘VERA’S TALES’ UNRAVEL THE IMPERFECT WORLD OF ADULTS AT JKK

As a part of the ongoing ‘Young Directors Theatre Festival’, unique stories of Vera aimed to reveal the imperfect world of adults at Jawahar Kala Kendra (JKK) yesterday. Vera is a 15-year old girl whose vivid imagination brought forth two different situations to light – ‘The Quince Tree’ and ‘The Open Window’. The play is directed by Ms. Vagmi Raghava and has been commissioned by JKK.

The play is set in the second decade of the 20th century in the English countryside where Vera lives with her English aunt. Vera is a storyteller who is relaxed and self-possessed at heart. The young girl doesn’t want her life to revolve around men, desiring more freedom and excitement in her life, Vera reads stories and indulges in fantasies. Vera’s tall tales are a means of escapism from life in the boring, adult world.

The writer of the story is British playwright, H.H. Munro also known as a master of short stories. Munro’s extraordinary stories are a mixture of humorous satire, irony and the macabre. Through his stories, he viciously brands the stupidities and hypocrisy of conventional society.

Today, theatrical production, ‘2.27 AM’ directed by Mumal Tanwar will be performed at Krishnayan of JKK at 6.30 pm. The entry to the play will be on complimentary basis.