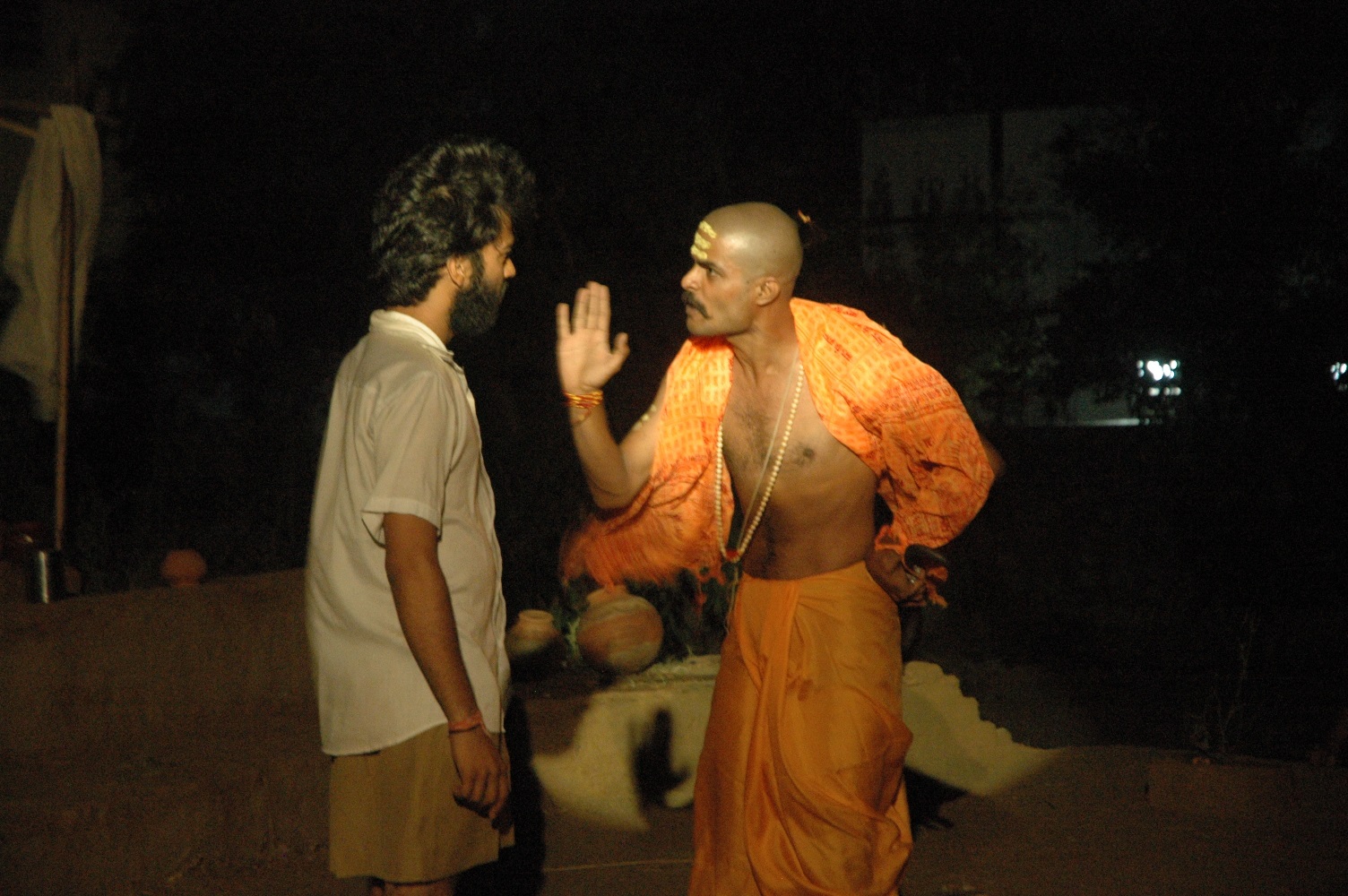 Stories of ‘Mahabrahaman’, the Brahmin funeral priests of North India aptly depicting social inequality was performed at Jawahar Kala Kendra (JKK). In an exclusive theatre production by young director, Mr. Abhishek Mudhgal of Jaipur, the struggles of the funeral priest’s family were presented. Commissioned by JKK, the play was performed by theatre group, ‘Rang Mastaaney’. For the first time ever, the play was performed in a ‘Realistic Form’ at Shilp Gram. The audience was also a part of enactment.  The play was part of the five-day ‘Young Directors’ Theatre Festival’ which began yesterday.

The plot of the play revolves around Mahabrahman, Siddheshwar Joshi, who works at funerals. Joshi is only remembered in the village after someone has passed away and is otherwise considered untouchable. One day he is humiliated at a ‘Satyanarayan Puja’ which his younger brother, Vasu vehemently opposes. As a result, Vasu is in constant conflict with his brother’s religious conduct.

This cast of the play included – Gaurav Kumar, Shubham Ameta, Abhishek Sharma, Deshraj Gurjar, Raj Khatri, among others. The scriptwriter of the play is Premanand Gazvi.