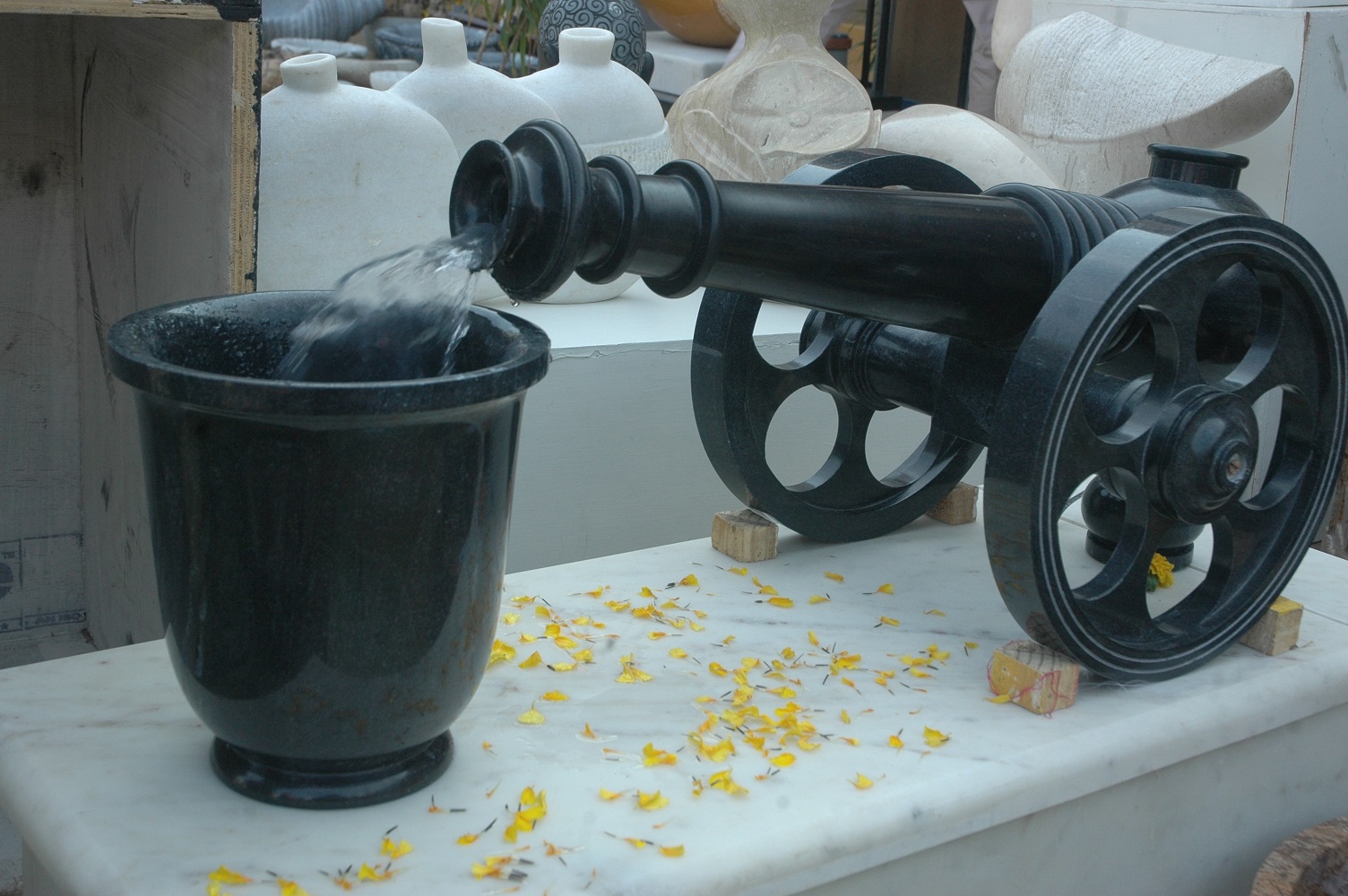 Jaipur, 3 February: The 9th India Stone Mart which is being held at the Jaipur Exhibition and Convention Center is a showcasing the world of natural dimensional stones, ancillary products as well as services on a big scale. A crowd puller at the event is the ‘Shilpgram’ which is essentially a stone artisans’ pavilion where around 30 artisans are displaying their products. It is set up by Centre for Development of Stones (CDOS) and Rural Non Farm Development Agency with the aim to provide a platform to stone artisans from all over the country.

From religious idols, home décor items, kitchenware, barware, decorative wash basins and wall panels, flower pots and trays, you name it and you have it. Some of the attention grabbing stone products on display include 2D and 3D designer wall panels, stone jali panels, shot glasses, ash trays, mobile holders, tabletops, Buddha busts, among others. These products are made out of various types of stones like limestone, sandstone, marble, black marble, granite, gem stone,

lapis lazuli, blue agate and inlay, among others. Numerous shapes, sizes, colours and patterns are visible in the objects on show here.

Idols of Hindu Gods like Krishna, Shiva, Hanuman and Ganesh are also quite attractive. Indoor waterfalls in diverse shapes like army tanks and frogs and marble tabletops embedded with semi precious stones are also on display.

Traditional crafts with a modern bend using new technology are topping the trend in the arena of décor. Be it your office or home, these eye-catching stone products can add a distinctive dimension to its appearance.

One of the artisan exhibiting at the Shilpgram is Naresh Meena of Somati Traders whose stone products have been used in Mukesh Ambani’s ‘Antilla’ – one of the world’s most expensive building. Highlighting on how they have adopted modern technologies and techniques, he says,

“Water jet and other modern technology with a combination of traditional craftsman adds to architectural work and style thereby delivering customer’s satisfaction. We can carve and inlay/overlay any design and work on CNC machines, says Meena who is exhibiting here for
the first time.

Sikandra based artisan Attar Singh Saini has been exhibiting at the Stone Mart since 2006. “Domestic buyers mainly from Gujarat and Bangalore have shown keen interest in my work which is basically home and garden décor items made out of sandstone and stone jaalis”, says
Attar Singh.

Another Jaisalmer based artisan Khuda Baksh’s products such as indoor waterfalls, flower vases and pots have been used in hotels in Jaipursuch as Marriott and Chokhi Dhani, among others.

The objectives behind this stone artists’ pavilion initiative are manifold. Apart from organizing the artisan community, this medium also gives the artisans a chance to directly showcase their skills and products to the national and international stone community. It also enables the artisans to establish direct business links with the buyers and gives them the much needed exposure. Skill augmentation, technological development, design and product development and credit and market facilitation are some of the other advantages that artisans have by participating in the Shilpgram here.