“ARCHITECTS ARE NO MORE THE MASTER BUILDERS: NEED FOR REDEFINING THE ROLES OF ARCHITECT”

HomePress Release“ARCHITECTS ARE NO MORE THE MASTER BUILDERS: NEED FOR REDEFINING THE ROLES OF ARCHITECT” 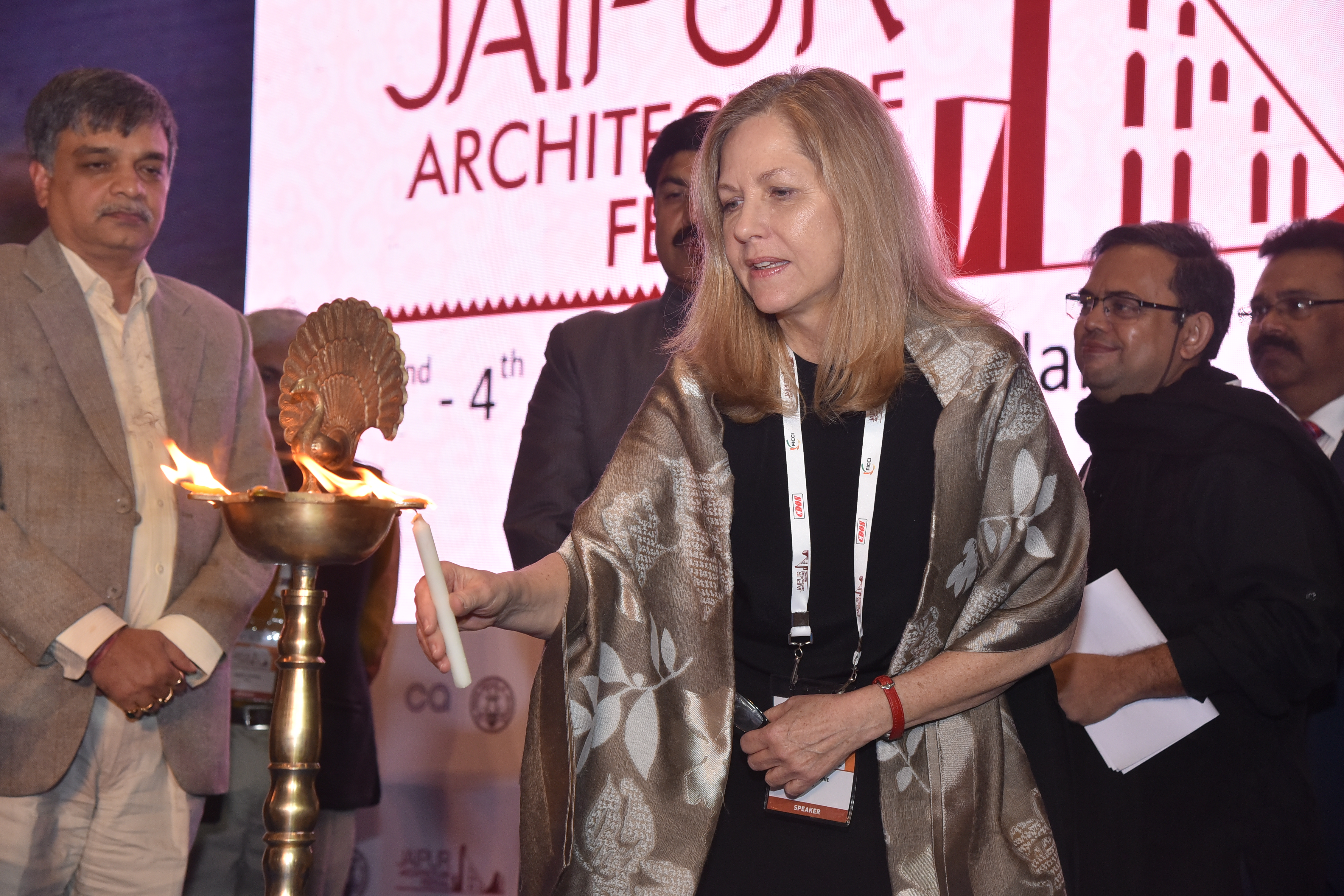 “ARCHITECTS ARE NO MORE THE MASTER BUILDERS: NEED FOR REDEFINING THE ROLES OF ARCHITECT”

Jaipur, 3 February:  The architects are no more the master builders and with the advent of technology they cannot control the whole process of building and there is an increasing tendency of the clients using the architects as a tool. Thus there is need for the architects to redefine their roles in the changing perspectives. Speaking at a knowledge session of the Jaipur Architecture Festival which is being held concurrently with the India Stone mart 2017 Martha Thorne, the American  architectural academic, curator, editor, and author said that the architects will have to keep in mind well being of the people, environment, globalization and rapid modernization to remain in forefront.

Thorne is  one of the guest speaker  in the JAF is the Executive Director of the Pritzker Architecture Prize and Dean in the architecture school at IE University in Madrid.

“When there is globalization in any field there’s the danger that every place becomes similar, or in this case the danger that schools can become similar or standardized, all trying to approach architecture and the academics of architecture in the same way… I think what’s really interesting is to try to look at schools and see how they try to differentiate themselves.” said Martha Thorne.

She said there is need for “learn globally,think globally,but work globally and  with the rapid  urbanization there is need for planning  a city where dwelling should  be  environment friendly. The architects should understand and analyse the complex situations and the strength of a good architect is the ability to propose various options.The architects will have to develop a tendency to collaborate with the other workers like the masons and plumbers and prepare a plan that  is best suited to the client.

She said the women are outnumbering the men as architects as they are more adaptive to issues like technologies and  have a tendency to collaborate with the co-workers for better results. She said that women architects are also less dominating than the men and its for these reasons that they are emerging as better architects.

Rajeev Kathpalia,is one of the finest architects in the country and  a winner of  Prime Minister’s National Award for innovative urban design for restructuring the historic core of Hyderabad has a Masters degree in Architecture and urban design from the Washington University, St.Louis. Rajeev is currently a partner at Vastu Shilpa Consultants, a professional consultancy service in architecture, urban planning and design. Kathpalia talked about  making pedestrian friendly environment in India .

The blueprint for the core area has four distinct regions: Amaravati Government Core comprising Assembly, Secretariat, High Court and Raj Bhavan; the downtown area that has a central boulevard, convention centre and recreation facilities; the city gateway; and a 30-km-long waterfront. It also has provision for a piazza with two iconic towers and a garden much bigger than the Brindavan in Karnataka.

Amaravati is being envisaged as “a smart, green, sustainable city”, with zones consisting of a central business district, residential areas, green zones and waterbodies.

It is to be recalled that the 9 th  edition of the ‘India Stone Mart’ is being organised by Centre for Development of Stones (CDOS) with Federation of Indian Chambers of Commerce and Industry (FICCI) as co-organiser. Rajasthan State Industrial Development & Investment Corporation Ltd. (RIICO) is the Principal Sponsor of the event.