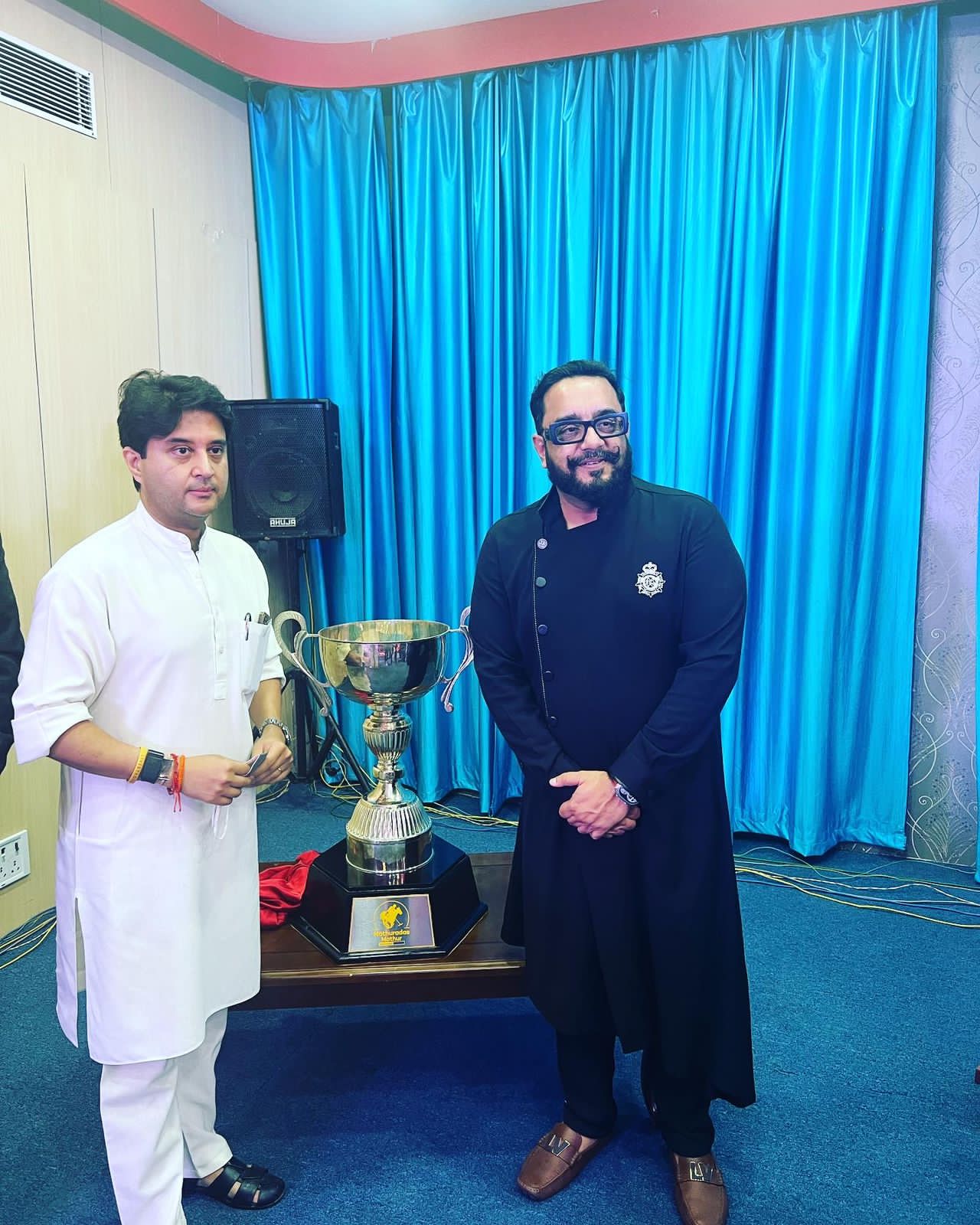 The trophy of Mathuradas Mathur Memorial Exhibition Polo Cup Season-3 was unveiled by Minister of Steel and Civil Aviation, Government of India, Mr Jyotiraditya Scindia in a special function organized in Gwalior. The exhibition Polo Cup will take place in February 2023 at the Rambagh Polo Ground Jaipur. It will be attended by some of the leading actors of Bollywood and other dignitaries from the political and media industry.

This trophy is organized annually in memory of the Late Shri Mathuradas Mathur (an eminent political leader of Rajasthan). His grandson, Mr Vishal Mathur, the organizer of the MDM Polo Cup said that there was a close bond between his late grandfather and the Scindia family. “I am humbled and honoured that despite Mr Jyotiraj Scindia’s busy schedule, he gave us some time for unveiling the trophy,” he said.