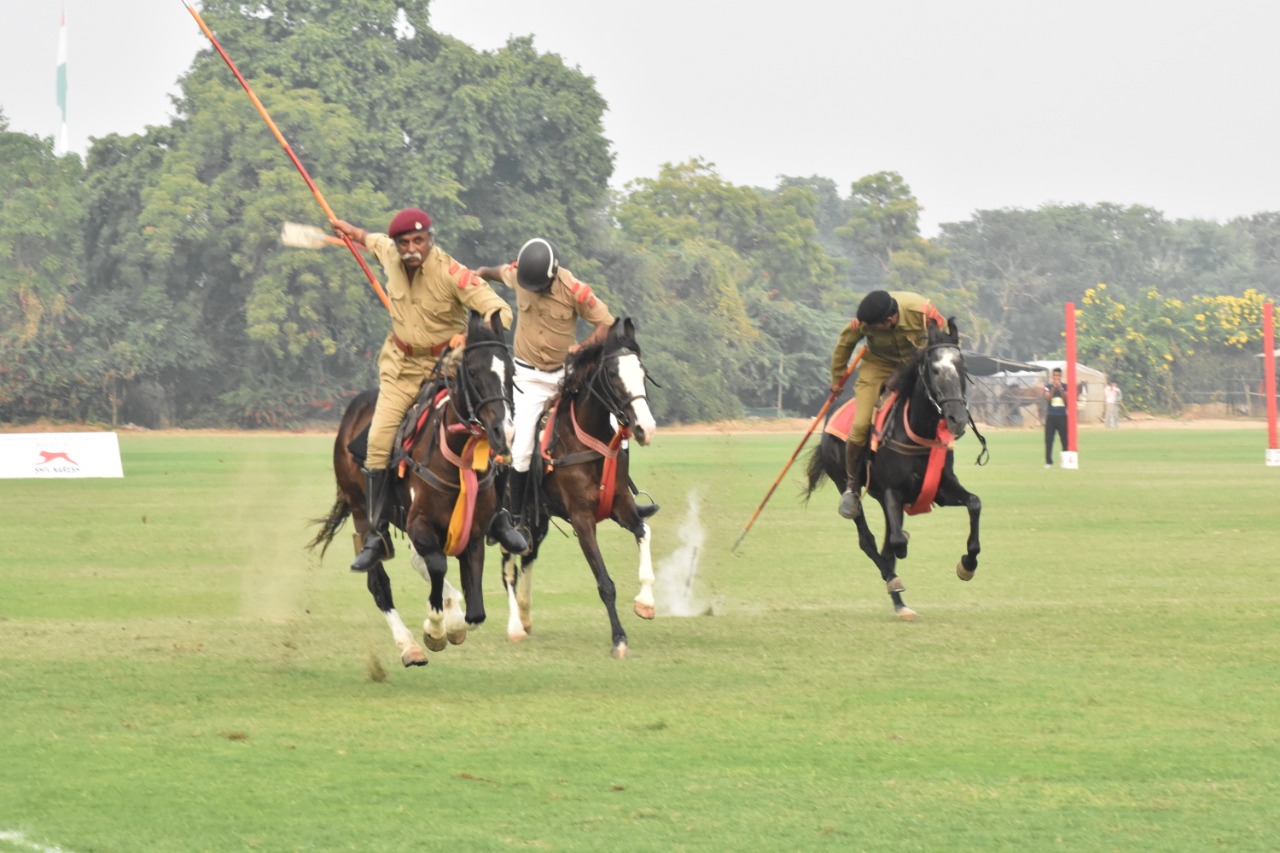 In the finals of thefirst-ever international ‘Cycle Polo League 2019’,‘Tyka Warriors’ beat ‘Royal Tigers’ 20-05 goals in a one-sided match. Assarudheen Shah scored as many as 13 goals for the ‘Tyka Warriors’ while Santosh Rao scored 4 goals and Jijiraj scored 3 goals. For ‘Royal Tigers’ Anshad scored 3 goals and Gulshan and Sanofar scored 1 goal each.

It is to be recalled that the league was organised by Cycle Polo Federation of India (CPFI). The league concluded today at the Rajasthan Polo Club Ground Jaipur.