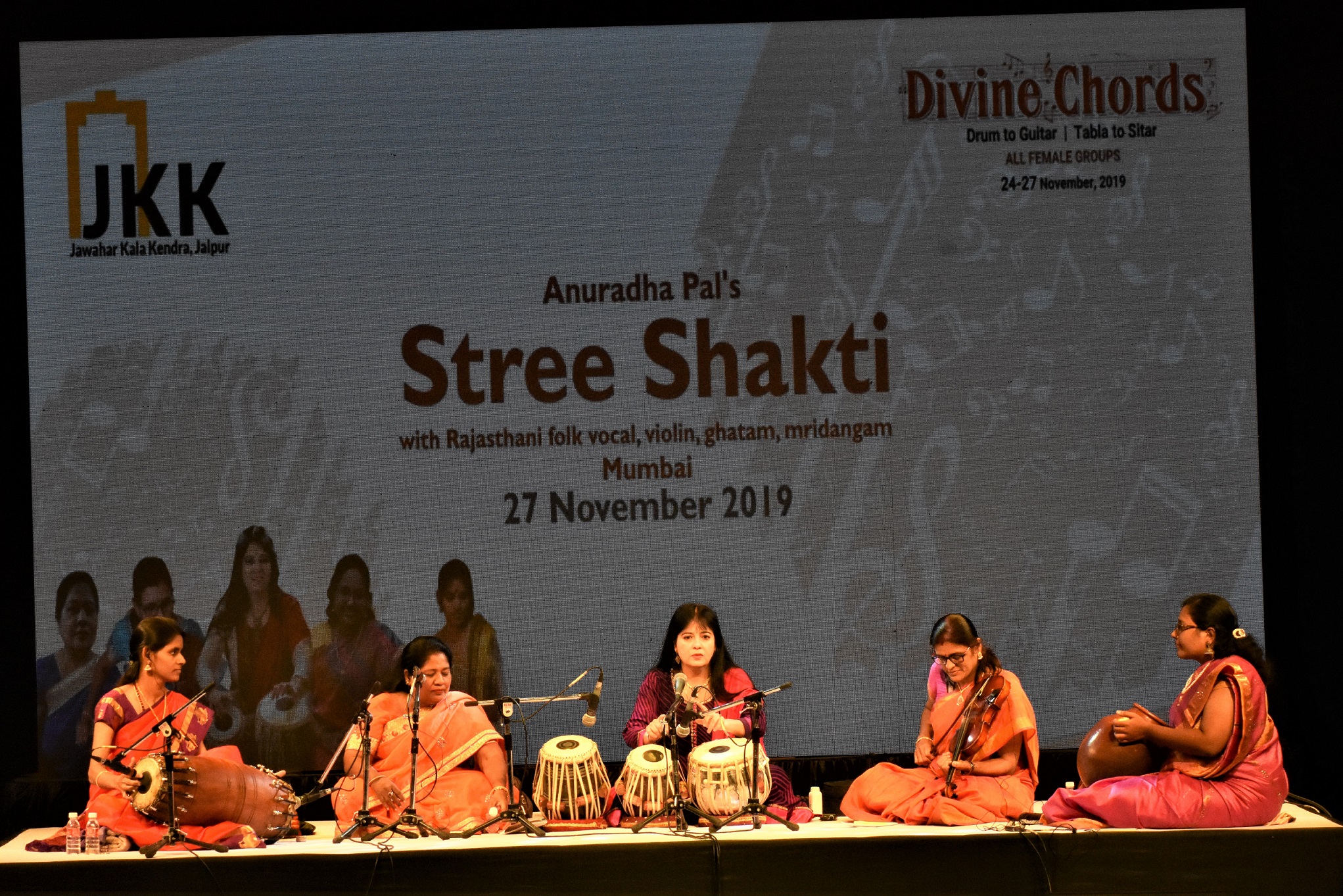 The performance began with a rhythmic invocation to Lord Ganesha, recited in poetry and Tabla Bols by Anuradha. This was followed by the popular Bhajan ‘Jhalar Sankh Nagada Baje’ in Raag Durga which was fused with the Carnatic composition ‘Shru Guruguha’ in Raag Suddha Saveri. The band went on to perform the classic Rajasthani folk song, ‘Padharo Mhare Desh’, the song was melodiously fused with the popular Krishna Bhajan ‘Krishna Nee Begane Baro’ in Raag Yaman.

As a special highlight of the show, Anuradha then presented a ‘Tabla Jugalbandi’ with herself. It was a unique rhythmic conversation between her traditional and contemporary styles. In a feat of extreme dexterity, she performed this on two Tablas with the ‘Lehra’ alternating between Raga Shankara and Raga Durga, highlighting the ‘Ardhanarishvara’ concept.

Furthermore, the band performed the popular Rajasthani song ‘Anjan ki Seeti’ which was followed by ‘Ghoomar’ fused with the Carnatic composition ‘Yenna Tavam’ in Raag Kapi. This led seamlessly into an explosive celebration of rhythm,  the traditional ‘Taal Vadya Kachehri’ where the various Chhands, all 5 Jaatis (Tisra, Chatusra, Khand, Mishra & Sankeern) and Korvais were explored. Thereafter, ‘Carnatic Pallavi’ in Raag Kalyani featured a playful interaction between the violin and the rhythm instruments. The performance witnessed a grand conclusion that featured a confluence of Rajasthani Folk, Hindustani and Carnatic Classical music and rhythm.