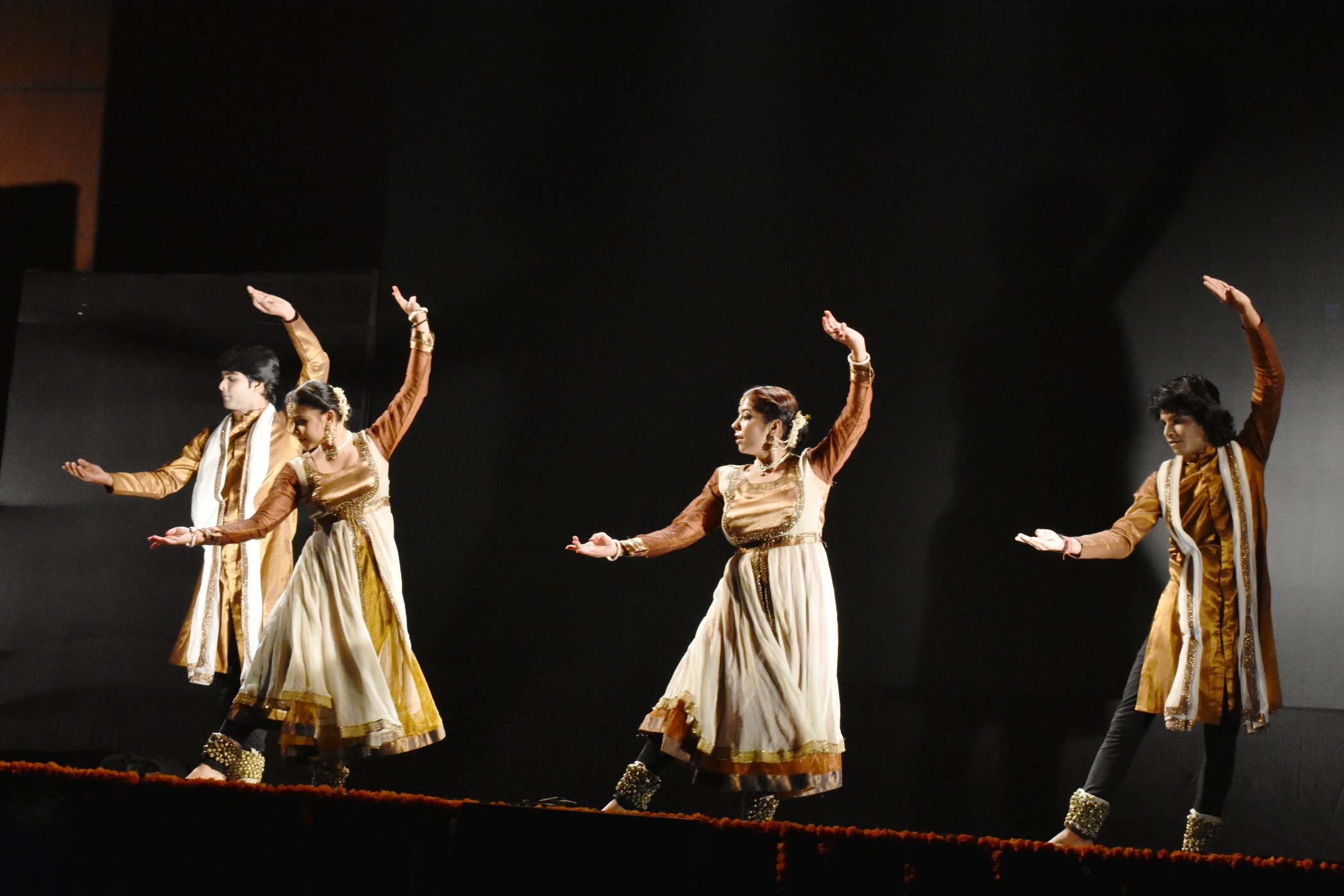 The 4 day ‘Katha Ballet’ Festival began at Jawahar Kala Kendra with ‘Aaradhya’ Performance by Rachana Yadav from Delhi. Based on the  Lucknow Gharana of Kathak, the dance performance attempted to portray the different characters of prominent Hindu gods – Shiva, Ganesh, Durga and Krishna —  through different ‘laya’. The distinct character, appearance and symbolism of the Gods were depicted through the choreography.

While the slow and steady gait of Ganesha was presented through Ganesh Stuti in ‘Vilambit Laya’. Durga’s dual nature of beauty and rage, softness and strength was brought alive through ‘Durga Ashtakam’ in ‘Madhyalaya’. Similarly, Krishna’s playfulness was choreographed through ‘Dhrutlaya’ in Raag Mishr. The programme concluded with Shiv Stuti in ‘Atidhrut Laya which characterized Shiva’s fury and strength.

The performers in the programme were Shweta Mishra and Niti Jain. The accompanying artistes included  Nishit Gangani on Tabla, Mahaveer Gangani on Pakhawaj and Padant, Vinod Gangani on vocals  and Umashankar PD on Sitar.  The costume design was by Rachana Yadav and light arrangements by Sandeep Dutta

In the forthcoming days, there will be performances of ‘Meera’ by Harish Gangani from Delhi on 2 December, ‘Namami Gange’ by Dr. Kavita Thakur from Delhi on 3 December and ‘Jayati Keshavam’ by Dr. Shashi Sankhla from Jaipur on 4 December.