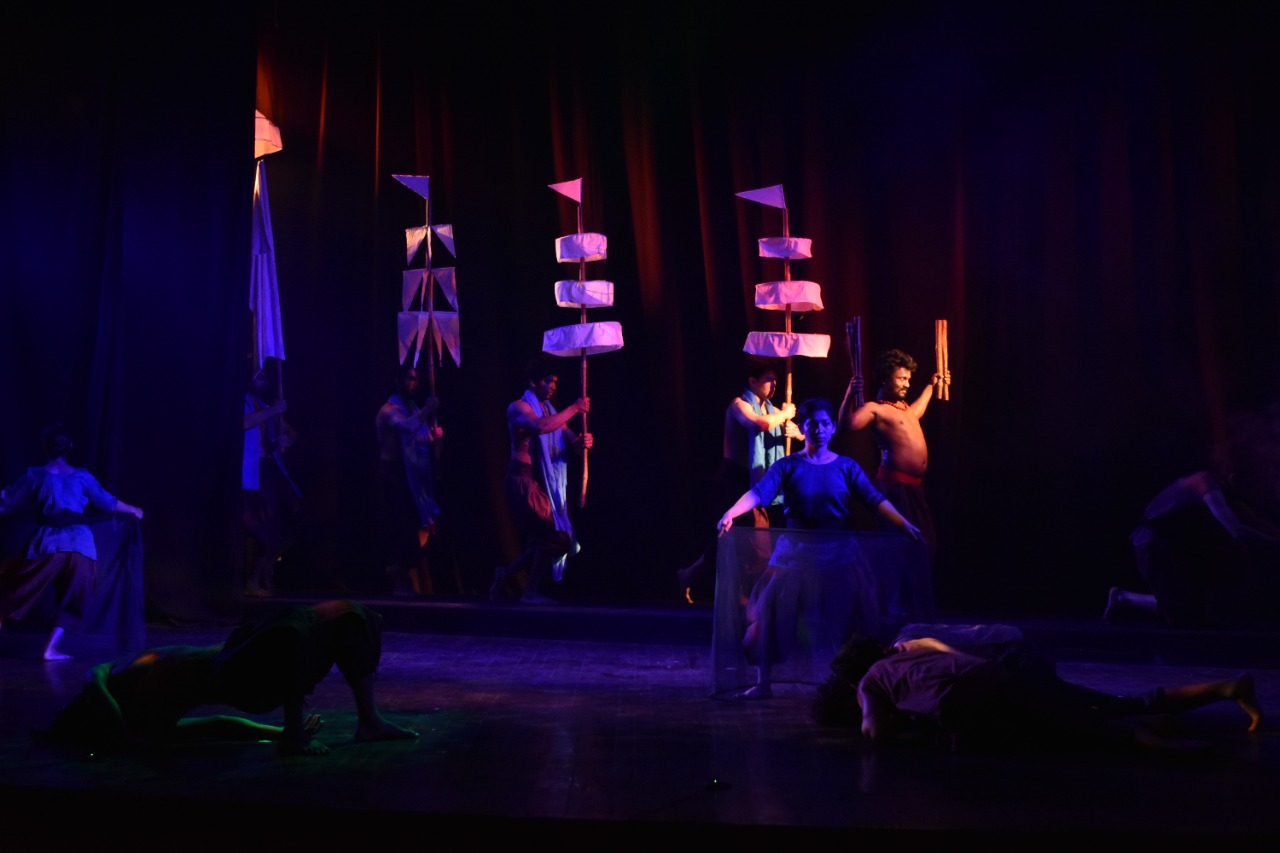 The day ended with the second play ‘Andha Yug’ at 6 pm in Rangayan at Jawahar Kala Kendra. The play is written by Dr. Dharamveer Bharti and directed by Joy Maisnam from Manipur. The audience watched the post-Mahabharat war story in this play when Ashwathama survived after the war and wanted to kill the Pandavas for his revenge. The play depicted Gandhari’s suffering and how the war left her alone. Gandhari cursed Krishna due to her extreme sorrow. Mohd. Shahnawaz played the character of Ashwatthama well. The play garnered a lot of applause from the audience.