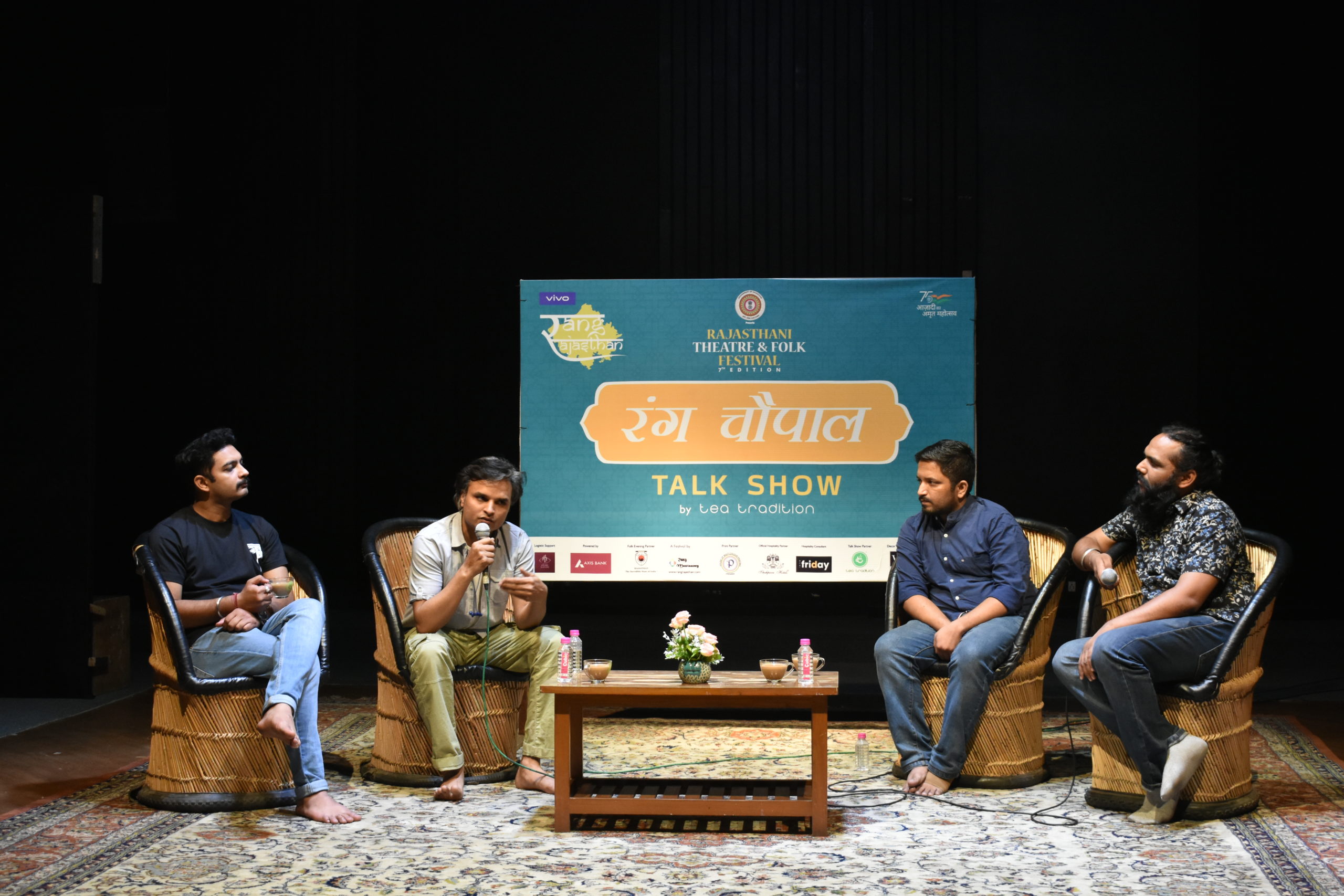 On the third day of the ongoing ‘Rang Rajasthan’ festival, the eunuch form of Arjun appeared in the play ‘Brahannala’ in which one actor played 6 characters. Similarly, the actors of the play ‘Dawat-e-Ishq’ made the audience laugh a lot. Also, three young theatre directors of Rajasthan were guests in an interactive session, ‘Rang Chaupal’.The programme is being organized by the Department of Art, Culture and Archeology and Rang Mastane Sanstha in collaboration with Jawahar Kala Kendra (JKK).

The day began with the staging of the play ‘Brahannala’ in Krishnayan. It was directed by Kaviraj Laique from Udaipur and written by Dr Laik Hussain. In this play, the audience experiences a story from the Mahabharata. A nymph from heaven begins to like Arjun. But after he rejects her she is insulted and curses him to live his life as a eunuch. The audience greatly appreciated the play. It was performed by only one actor who played the role of six characters.

Following this, young theatre directors, Kaviraj Laique from Udaipur, Sahil Ahuja, and Sikandar Khan from Jaipur were present in the talk show, ‘Rang Chaupal’ in Krishnayan. The session was moderated by the Director of Rang Mastaaney Sanstha, Abhishek Mudgal. The topic of discussion was ‘Limitlessness of Theatre’.

In the evening, the play ‘Dawat-e-Ishq’ was staged in Rangayan. It was directed by Uttam Singh from Udaipur. It was a comedy-drama in which a character named Rahul tries to get his love. This character gets attracted every time he sees a new woman. Through the play, the actors told the audience that one should first love what is available near them than worry about what’s farther away.