THE WOMAN UP! SUMMIT OPENS WITH A SPELLBINDING PERFORMANCE BY FOLK SINGER BHANWARI DEVI 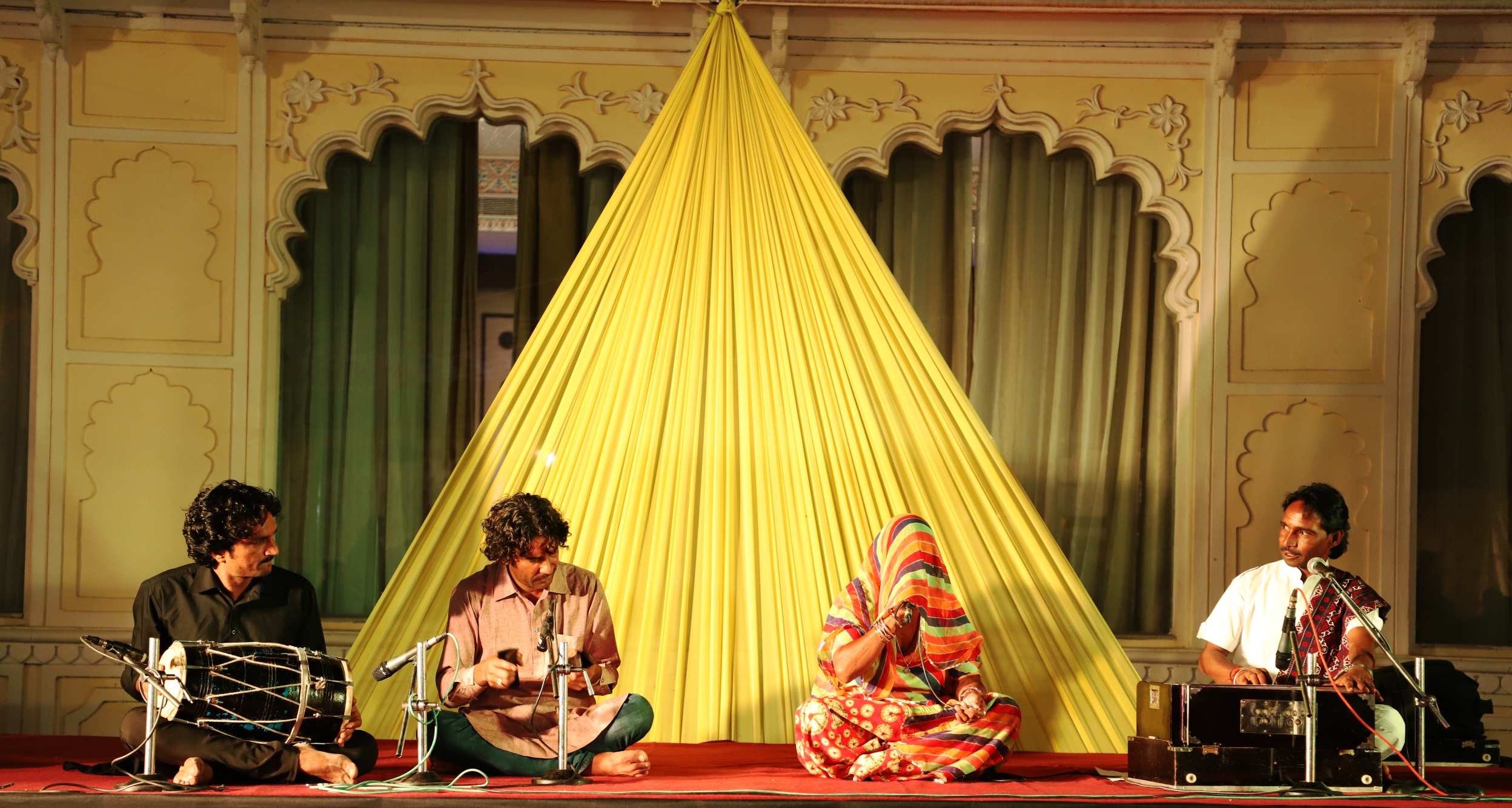 THE WOMAN UP! SUMMIT OPENS WITH A SPELLBINDING PERFORMANCE BY FOLK SINGER BHANWARI DEVI

The third edition of the ‘Woman up! Summit 2019’ opened with a spellbinding performance by Rajasthani folk singer, Bhanwari Devi at Hotel Grand Uniara. Bhanwari Devi gave an enthralling performance of ‘Sawariyo Ghat Mai’, a devotional song in the praise of Lord Krishna, which means that God lies in the heart and we don’t need to search anywhere else. Her bold and powerful voice mesmerised the audience. The concert marked the opening of the Woman Up! Summit 2019, organised by Siyahi. The Summit will be on till 16 October.

Bhanwari Devi and group is widely known for diverse works in deity worship, folk music and epic narration. In the genre of devotional music, she specialises in songs about Pabuji, Balaji, Shyamji, Ramchandra ji, Kabir, Mataji, Dharmidas ji, Bhaninath and Amrit Nath ji, among others. In the genre of epic narration, her forte lies in musical stories of Jagdev Kankali, Sharavan Kumar, Goga Ji, Satyawan and Savitri. In Rajasthani folk music, she engages the audience with popular numbers like – Chirmi, Moriyo, Gorband, among others.

Tomorrow (15 October), the Summit will begin with the ‘Woman Up! Brunch’ of traditional ‘Jaipuri Naashta’ from 10.30 am to 11.15 am. This will be followed by the Opening Address by Chairman, Jaipur Citizen Forum, Mr. Rajiv Arora at 11.15 am. During the day, there will be sessions by exemplary speakers like President of Gramin Vikas Chetna Sansthan (GVCS) in Barmer, Ruma Devi; professional actor and Kathak dancer, Shashwita Sharma; Secretary, Science & Technology Department, Government of Rajasthan, Mugdha Sinha; CEO, SHEROES, Sairee Chahal; Founder of Bunaai, Oridnaree and Wearlee and a former fashion blogger, Pari Choudhary; Bhanwari Devi, among others. There will also be two mentoring sessions – ‘The Only Way Is Up’ by Sairee Chahal and ‘Dare to Achieve’ by Chairperson, Kamla Poddar Group, Kamla Poddar.