MADHYAWARTI ECHOES WITH THE TUNES OF HUNGARIAN FOLK MUSIC BY MUZSIKA 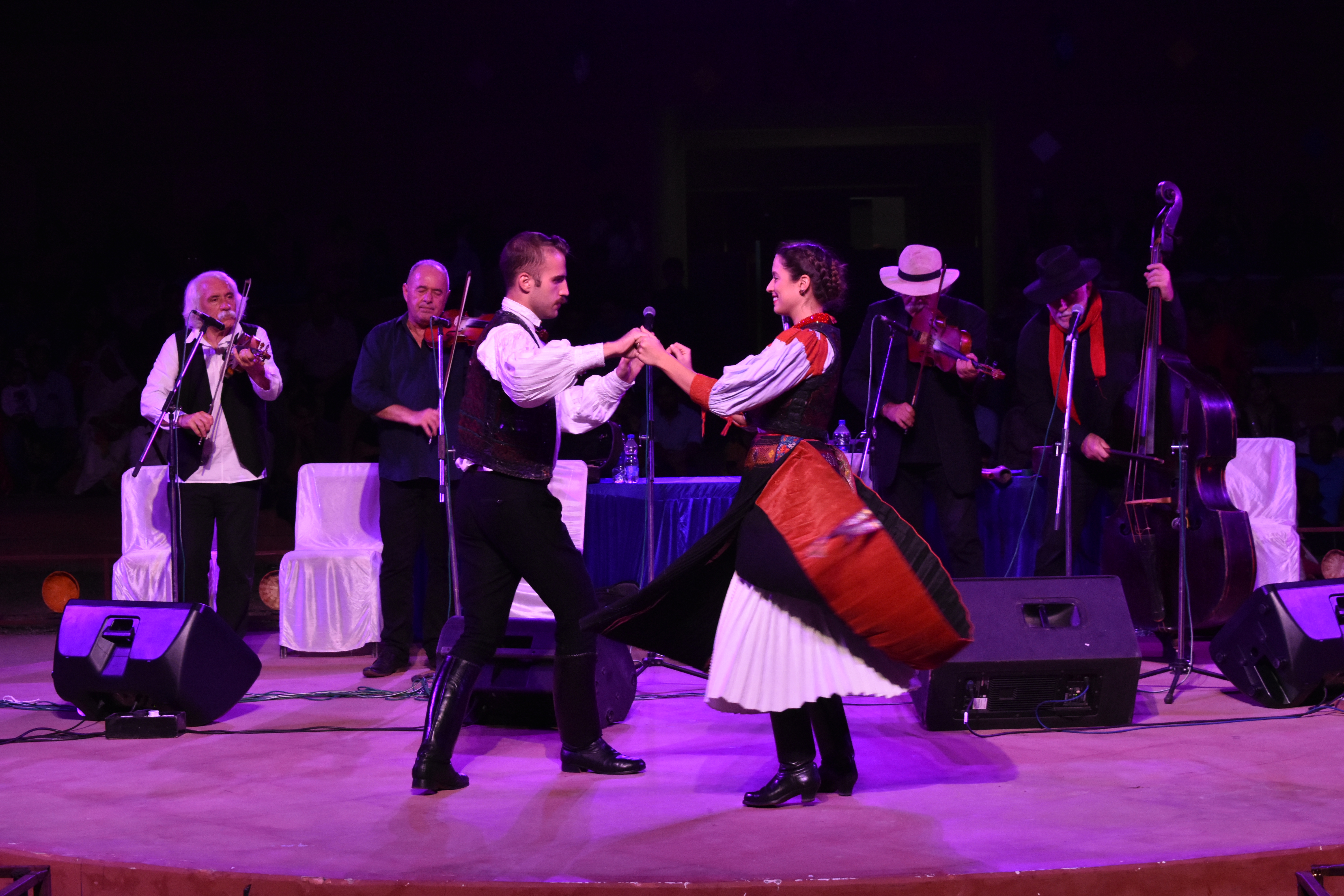 MADHYAWARTI ECHOES WITH THE TUNES OF HUNGARIAN FOLK MUSIC BY MUZSIKA

On third day of the ongoing festival, ‘Lokrang’, people witnessed the mesmerizing folk music performance by artistes from Hungary at JKK. Jaipurites enjoyed their Sunday by attending folk dance and music performances being held during the day as a part of Lokrang. The performances included ‘Sirmour Nati’ (Himachal), ‘Kachchi Ghodi Dance’ (Rajasthan) and ‘Ghoomar’ (Haryana) among others.

Performance by the WOMEX award 2008 winner for the world music, Muzsika was the highlight of the evening. The 30 minute Hungarian folk music performance was given by the artistes Laszlo Porteleki (Violonist), Peter Eri (Viola), Daniel Hamar (Double-bass and percussion instruments) and Hanga Kacso (Singer). Many other folk dance and music performances by regional artistes like ‘Chhapeli’ (Uttarakhand), ‘Hojagiri’ (Tripura), ‘Mayur Barjori’ (Mathura), Bihu (Assam) among others hooked the audience. The ancient folk dance of West Bengal, ‘Natua’ memerized the audience with it’s fire tricks during the performance. This dance is performed during the Charak Puja and occasionally during marriages in West Bengal.