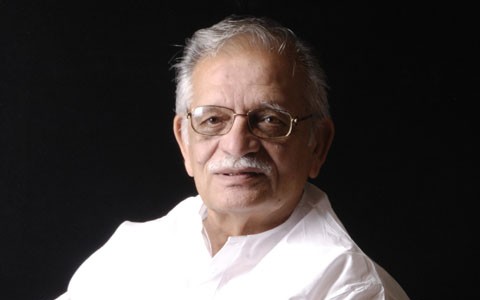 2017 marks ten years of the ZEE Jaipur Literature Festival and its meteoric rise from a small gem of an idea to the world’s largest free literary festival, having hosted more than 1300 speakers over the past decade.

Frequently described as ‘the greatest literary show on Earth’, the ZEE Jaipur Literature Festival 2017 will take place between 19 and 23 January 2017 in its beautiful home at the historic Diggi Palace Hotel in Jaipur.

Today, the seventh set of 10 speakers appearing at the ZEE Jaipur Literature Festival 2017 were announced as:

Gulzar is a poet, filmmaker, lyricist and writer. Born in Jhelum, now in Pakistan, he spent his childhood in Delhi and later moved to Bombay, to a celebrated career in films. His creative repertoire includes poems, short stories, scripts, ballets, music albums as well as books for children. His works have been translated into many languages and received national and international acclaim. He is a seven-time recipient of the prestigious National Award as well as 21 Filmfare Awards, the 2002 Sahitya Akademi Award for Best Urdu Writer, the Padma Bhushan in 2004, the 2009 Academy Award for Best Original Song (‘Jai Ho’ in Slumdog Millionaire), the 2012 Indira Gandhi National Integration Award, the 2013 Dada Saheb Phalke Award as well as a degree of Doctor of Letters (Honoris Causa) from the University of Kolkata in 2015.

Further information on sessions and more speakers appearing at the 10th ZEE Jaipur Literature Festival will follow over the coming weeks.

Information on Registration for the ZEE Jaipur Literature Festival can be found here:

About the ZEE Jaipur Literature Festival 2017

The past decade has seen the ZEE Jaipur Literature Festival grow into the world’s largest free event of its kind. Having hosted 1300 speakers and welcoming nearly 1.2 million book lovers, the success of ZEE JLF has been astonishing and heartwarming.

As Time Out said: “It’s settled. The ZEE Jaipur Literature Festival is officially the Woodstock, Live 8 and Ibiza of world literature, with an ambience that can best be described as James Joyce meets Monsoon Wedding.”

In 2014, ZEE JLF spread its wings beyond the borders of India with an annual event in May at London’s Southbank Centre. In 2015, ZEE JLF headed across the pond to Boulder, Colorado where it hosts a similar event every September.
Website: www.jaipurliteraturefestival.org

Teamwork Arts produces one of the world’s largest free literary gatherings, the annual ZEE Jaipur Literature Festival, the Ishara International Puppet Festival in New Delhi, the annual Mahindra Excellence in Theatre Awards (META) and Festival, international festivals Shared History in South Africa, Eye on India in the United States of America, India by the Bay in Hong Kong, Confluence- Festival of India in Australia, and many more.