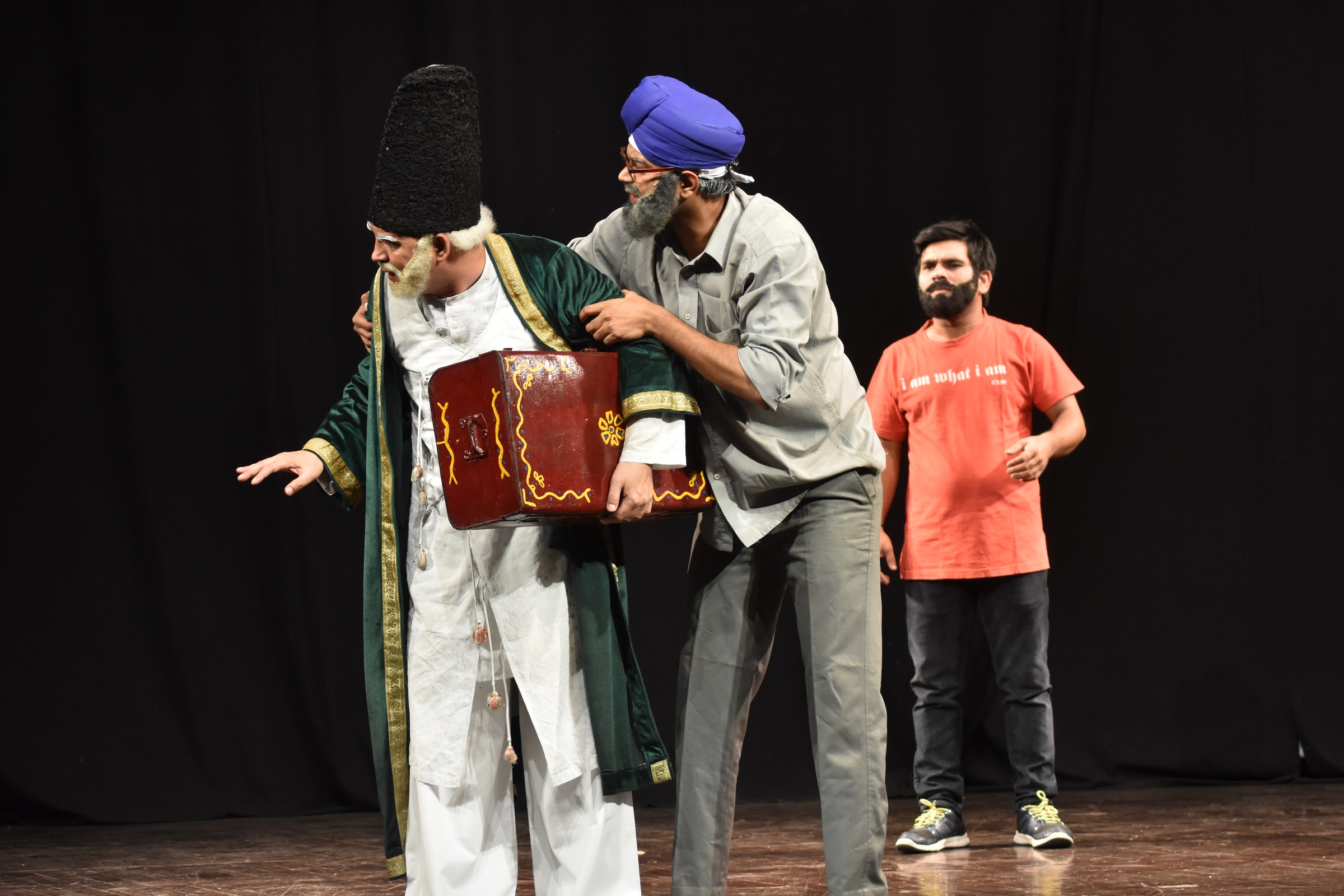 The theatre lovers of Jaipur laughed their hearts out with the staging of the Hindu-Urdu comedy play ‘Ghalib in New Delhi’ at Rangayan at Jawahar Kala Kendra (JKK). The cultural programmes and exhibitions organized as a part of 12 day festival ‘Virsa 2019’ concluded with the staging of this play. The performances on the last three days of ‘Virsa 2019’ were organized by JKK in association with Rajasthan Urdu Academy, Jaipur. The Additional Director General (ADG), Furkan Khan was present on the occasion.

Directed by Dr. M. Sayeed Alam,  this rip roaring 90 minutes play depicts the entertaining incidents of the great Urdu poet, Mirza Ghalib while he revisits his beloved ‘Dehli’, to witness and relish his posthumous fame. The play has been written by also Dr. Alam, who has played the role of Ghalib as well in the play. Based on imagination, the play shows how surprised Ghalib is to see New Delhi. He is asked for his Aadhaar Card and is thrown out of his own ‘Haveli’.

As the play continues, he is forced to stay in a servant quarter with a young man from Bihar, Jai Hind who is also a Delhi University student. His confidence is shattered when Jai Hind and his landlady Mrs. Chaddha recognize his talent through the voice of Jagjit Singh, and the screen portrayal of Naseeruddin Shah. Persuaded by the duo and in desparate need of recognition, Ghalib decides to change himself according to the modern times. He organizes a press conference and takes the help from an advertising agency. He starts wearing a T-shirt instead of ‘Sherwani’ and gets his autobiography written in English by Shobha De. After getting his fame back,  he opts to live in a flat instead of ‘Haveli’.

The other artistes who acted in the play were – Jaskiran Chopra, Himanshu Srivastava, Manish Kumar, Yashraj Malik, Aryan Pratap Singh, Tanay Tarany, among others.

It is to be noted that the play ‘Ghalib In New Delhi’ by the Pierrot’s Troupe’s is the India’s longest running comedy and has 490 shows to its credit.

‘Virsa 2019’ is an endeavor of JKK to cross reference the various genres of art, culture and heritage as well as connect the future to our heritage values. The exhibition of rare and historic documents is on till 21 July from 11 am to 7 pm. The cultural programmes are being organized at Rangayan at 7 pm.