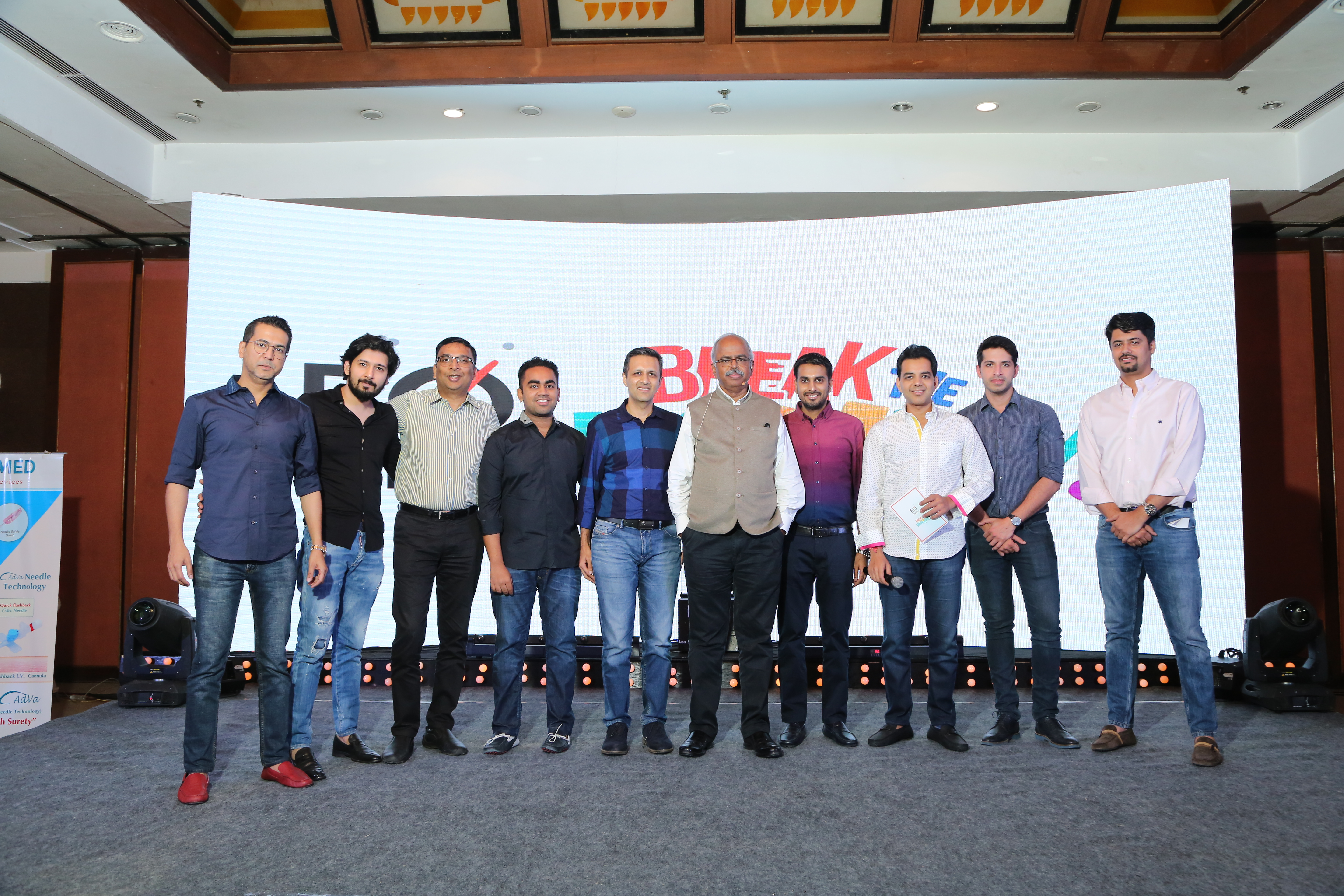 The members of Entrepreneurs Organization (EO), Jaipur attended an inspiring and thought provoking  session on Saturday evening by Indian scientist, entrepreneur as well as the Founder, Chairman and Managing Director of Thyrocare Technologies, Dr. Arokiaswamy Velumani at hotel ITC Rajputana. The speaker shared his life journey of 60 years summing up how once he struggled for food and now is a rich and successful entrepreneur. He spoke about his life story as a boy from a small village who made his way to the National Stock Exchange (NSE). The speaker was welcomed by the President, EO Jaipur, Mr. Uddhav Poddar.  Earlier, the new members of EO were formally introduced to the other members. The theme for this year is ‘Breaking the Monotony’.

According to Dr. Velumani, villages are true universities — people are born in villages to create a big impact because here one gets experience of practical learning through problem solving and not theoretical lessons.

Stressing on the idea of ‘The Luxury of Poverty’, Mr. Velumani said that nothing on this Earth teaches like empty intestines, which basically translates as poverty. If somebody has not seen poverty, they have not seen life. The speaker further said that he feels lucky to be poor because he learnt a lot of things through problem solving.  The most powerful man is the most frugal man, added Dr. Velumani.

Talking about the establishment of Thyrocare, Dr. Velumani said that in 1982 he did not even know where the thyroid gland is situated in the body. By 1992, he had completed his M.Sc. and PhD in thyroid biochemistry. And in 2002, he was running the world’s largest thyroid testing laboratory. He has over 3000 franchises running in the entire country. Even though he was a mathematics student, he still went on to establish this because he believed in the power of disruption. “If you do what you studied, you will survive. But if you do what you have not studied, you will become a leader.”

Highlighting the importance of taking risks and disruptions, he said: “If you want to be successful, don’t do what your neighbor is doing. Find out what he is doing and do it better than him.” Giving a tip on being successful parents, Dr. Velumani shared that one must not mix parenting with pampering. Allow children to go through problems to become successful. He added that he is thankful to his parents for not doing anything for him.