‘THE PALACE MODEL UN CONFERENCE 2019’ BEGINS AT THE PALACE SCHOOL 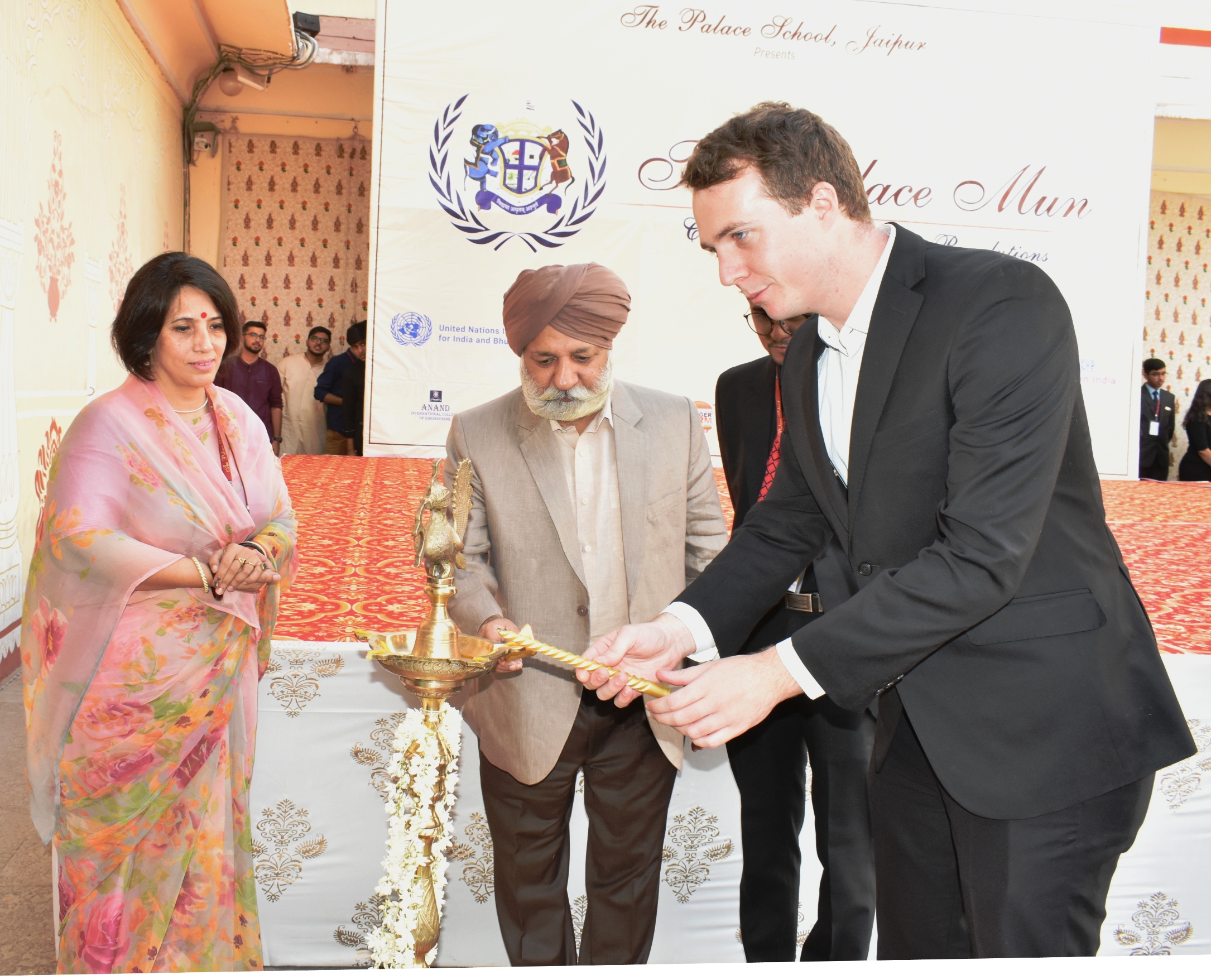 ‘THE PALACE MODEL UN CONFERENCE 2019’ BEGINS AT THE PALACE SCHOOL

The maiden edition of ‘The Palace Model United Nations Conference 2019’ began at The Palace School. Its inaugural ceremony was held at the Pritam Chowk in the City Palace. Hon’ble Justice K.S. Ahluwalia and Representative of the Institute of Francais in Rajasthan, Mr. Romain Camus were present on the occasion. The aim of this conference is to spread awareness among students about the various national and international issues. The 2-day programme is being held in association with United Nations Information Centre (UNIC) and French Institute of India.

In his inaugural address Mr. Ahluwalia expressed his satisfaction to see the youth focused and aware about international and national events at large. The Principal of The Palace School, Ms. Urvashi Warman, also addressed the gathering where she spoke about the importance of such events at school level.

The conference is being attended by around 300 student delegates from all over the city.

In this conference, there will be 7 mock sessions of United Nations Organisation (UNO) wherein the students will be grouped into various countries and committees such as Human Rights Council, Disarmament and International Security Council, Joint Indo–French Cabinet, Rajya Sabha and Security Council, etc. The delegates will be given current agendas to be discussed in their committees. A resolution will be passed after arriving upon a conclusion which will later be sent to the UNO.

The Palace MUN is specially designed to welcome and foster the young students to witness a transformation from teenagers to future world leaders and diplomats. The conference aims at taking a step in creating responsible, reliable and rational individuals for a better tomorrow.