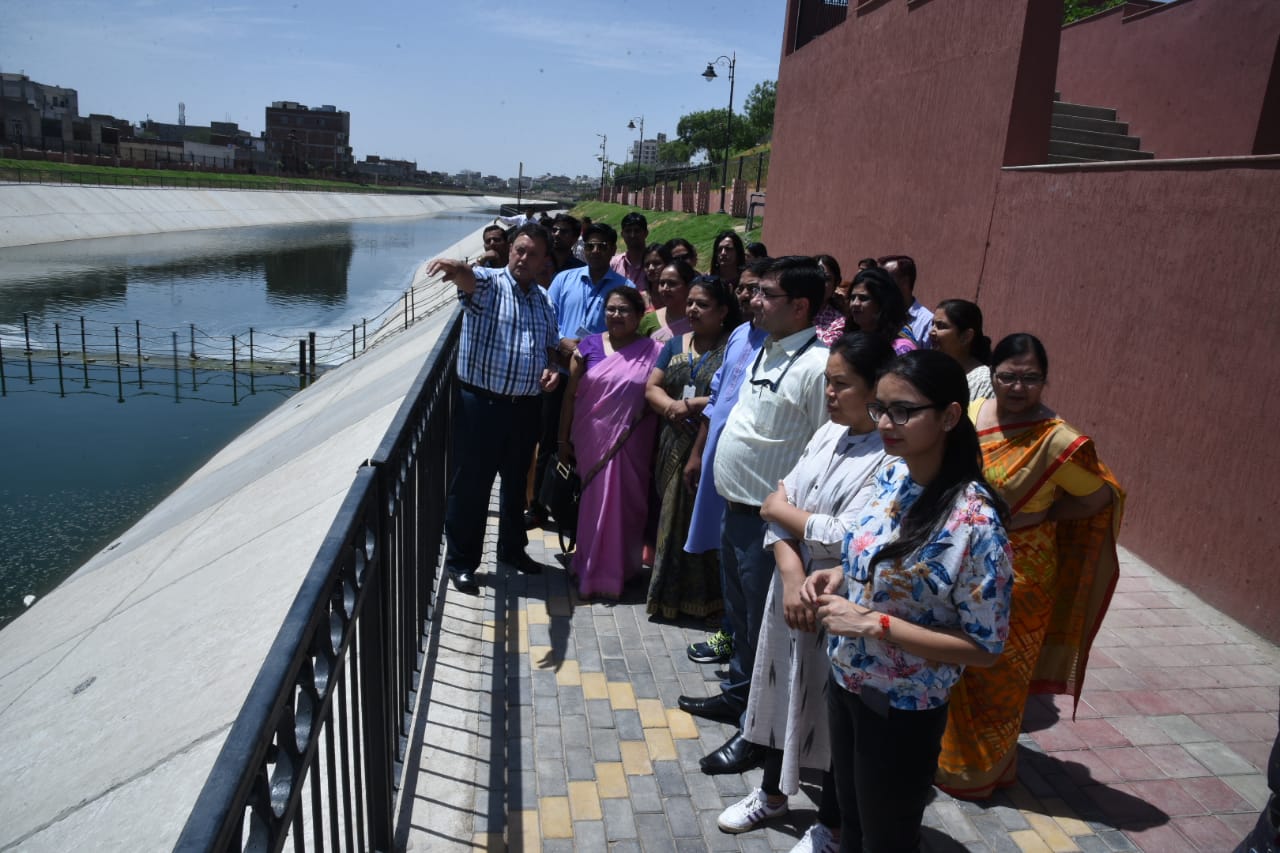 As many as 38 teachers from 28 schools attended the workshop on ‘Developing Pedagogies of Teaching Geography’ at the Dravyavati Experience Centre. This will be a part of the 2019 Jaipur History Festival to be held at Maharaja Sawai Man Singh (MSMS) II Museum. The theme of the festival is ‘Life of Rivers’. The orientation workshop was also organised by MSMS II Museum Trust.

On the occasion – the Project Director of Dravyavati River Project, Mr. Colin Batchelor gave an overview of the river project. The first of its kind of project in India, 47.5 km river has been restored as a perennial river fed by treated clean water.

Later, the Education Director, MSMS II Museum Trust, Mr. Sandeep Sethi threw light on how the festival will be organised. A complete study on the Dravyavati River will be done by the local schools – and then these schools would interact with schools from across the country. The exchange programme will be from students of schools located in cities like Delhi, Ranchi, Raipur, Srinagar, Dehradun, etc. These schools will prepare projects on the rivers in their cities.

It is worth noting that, the 4-day festival will feature self-composed songs, dances, quizzes, short plays, rock band performances, films, book launches and much more. The project will also feature comparisons of the various rivers and the need for its survival.