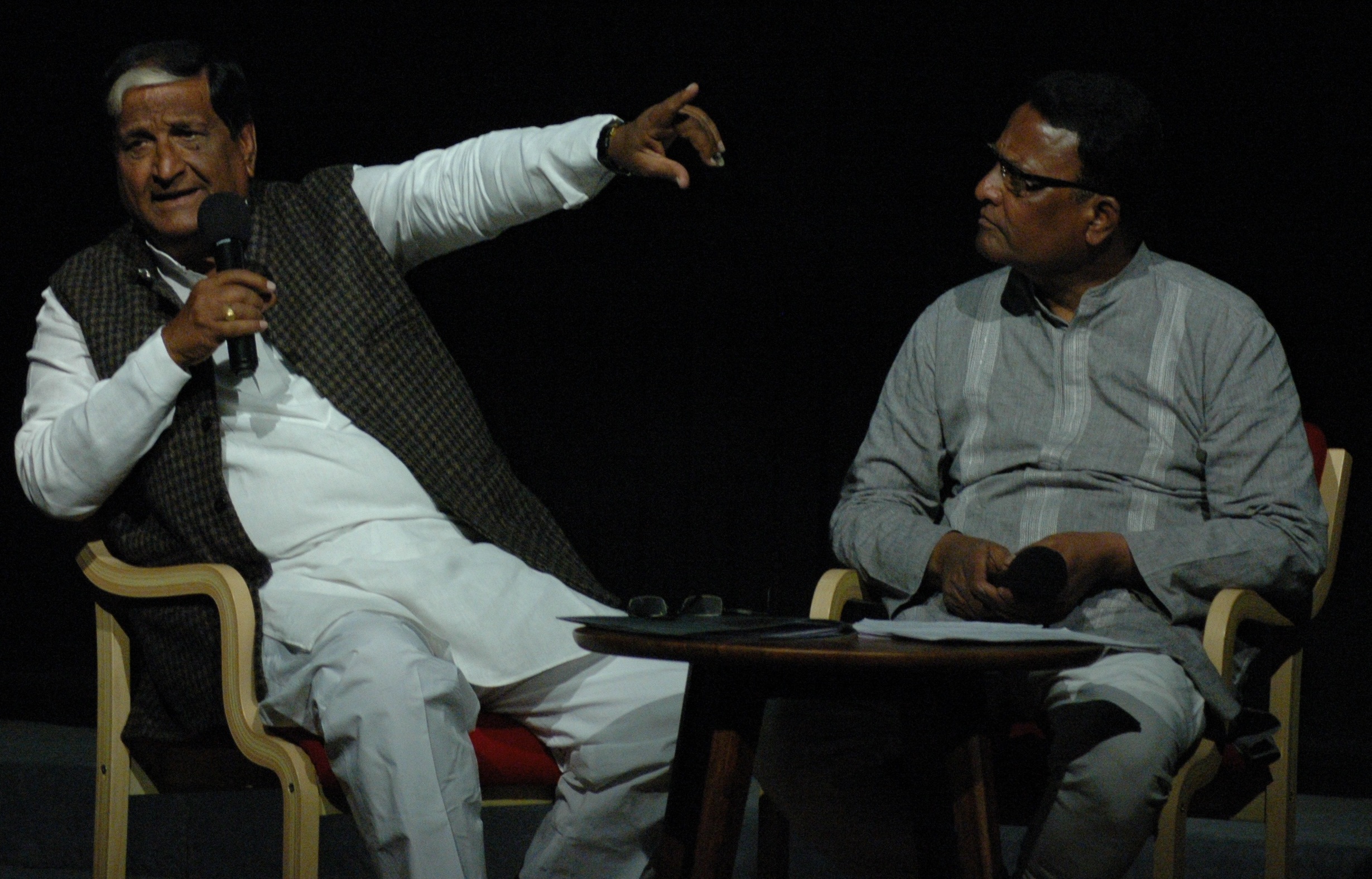 The film – Duvidha – written by Vijaydan Detha and directed my Mani Kaul – unlike Hollywood and bollywood films, does not have elements of music, screenplay, script etc. His epic style of film making was critically acclaimed. This 1973 ghost movie won the National Award for Film Direction and Critics Award for Best Film in 1974. The film narrates a popular folktale from Rajasthan about a merchant’s son, Krishanlal (Ravi Menon), whose relationship with his young bride, Lachhi (Raisa Padamsee), is thwarted by his work and a ghost who falls in love with her, resulting in the ghost soon impersonating the husband.

The speakers threw light on the factors that influenced Mani Kaul’s film making techniques such as Cinematics of the West, Indian Aestheics, Indian Music as well as Mughal Miniature Painting. A 1959 French film — Pickpocket directed by Robert Bresson, loosely based on the novel Crime and Punishment by Fyodor Dostoevsky greatly influenced the thinking of Mani Kaul. In fact, Kaul regarded watching the film as a “life changing experience”.

The exhibition will be on till 4 March at JKK (except Mondays and public holidays).