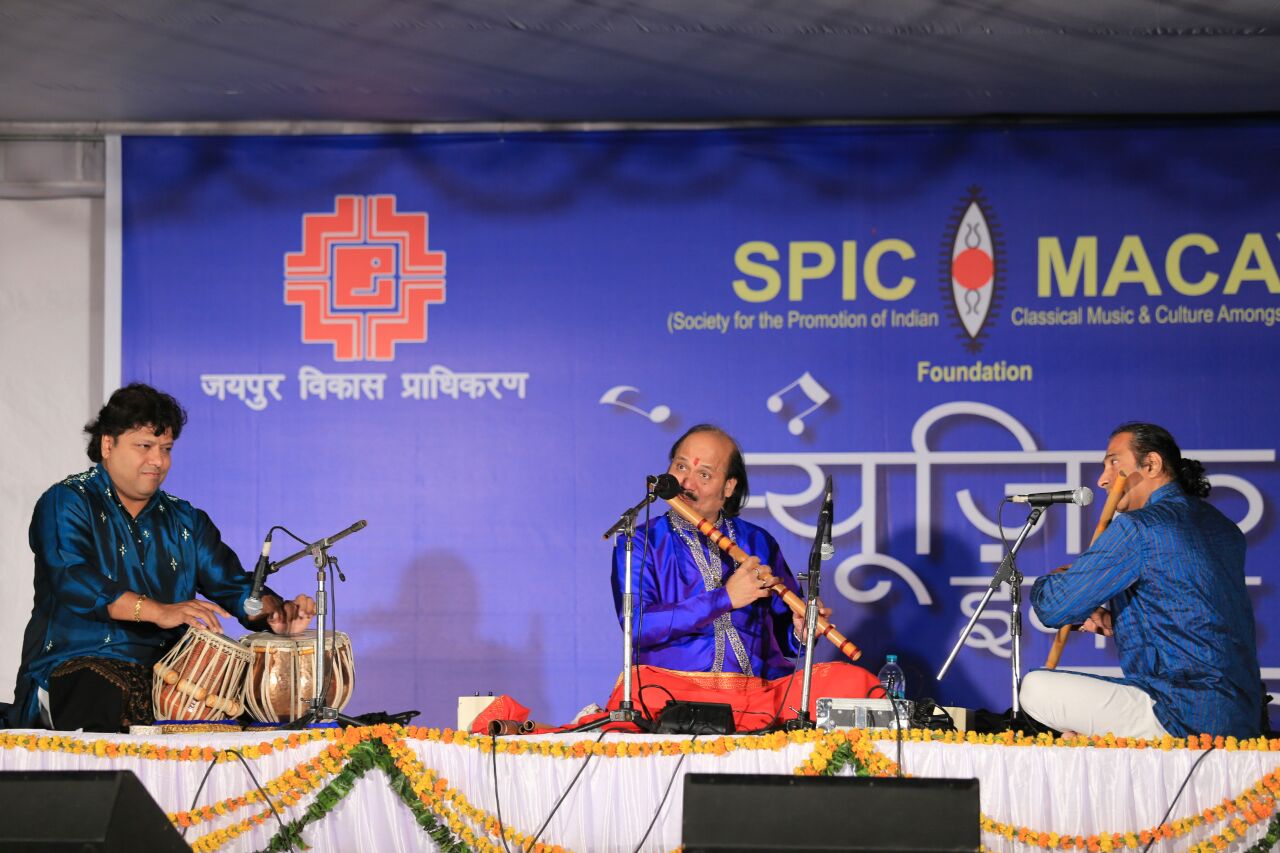 Jaipur, 11 February: The world renowned Indian flute player, Pandit Ronu Majumdar performed flute today at the ‘Music In The Park’  at the Central Park in Jaipur. On the occasion he performed on raag like Gorakh kalyan. He started with Aalap and continued it with Jod and Vilambit taal, jhap taal. He also performed on Taal Rupak vistar on old jugalbandi ‘Kahan Chali Sundari’.

On the occasion was accompanied by Pandit Shubhankar Banarjee on Tabla and Kalpash on Flute, respectively.

The event was organized by the Department of Tourism, Government of Rajasthan along with the Jaipur Development Authority and Spic Macay.