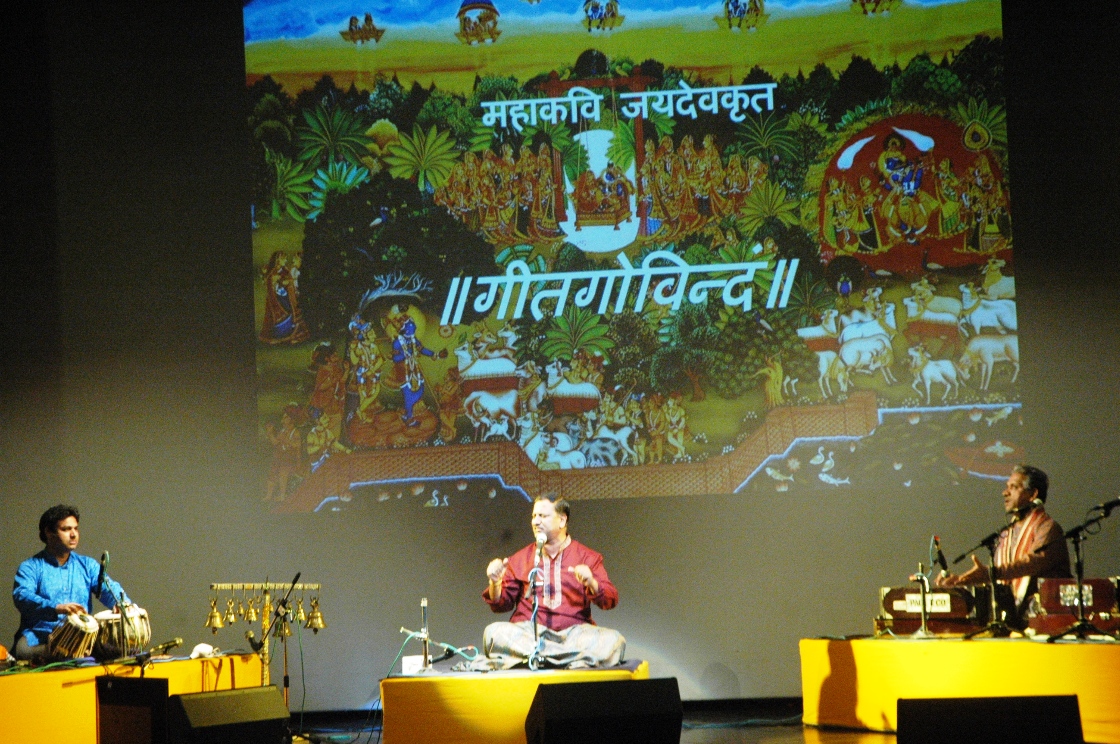 The live performance began with a classical music rendition by artist Pt. Dhananjay Moreshwar. The composition was inspired from artistic pieces written by well-known poet Surdas.

Following this ‘Geet Govind’ inspired by the works of 12th-century Indian poet Jayadeva witnessed Rajasthani folk songs and classical music along with picture presentations in the background. ‘Geet Govind’ describes the relationship between Krishna, Radha and Gopis (female cow herders) of Vrindavana.