STATE PAVILIONS DISPLAY THEIR INDIVIDUALISTIC TOURISM POTENTIAL AT THE GITB 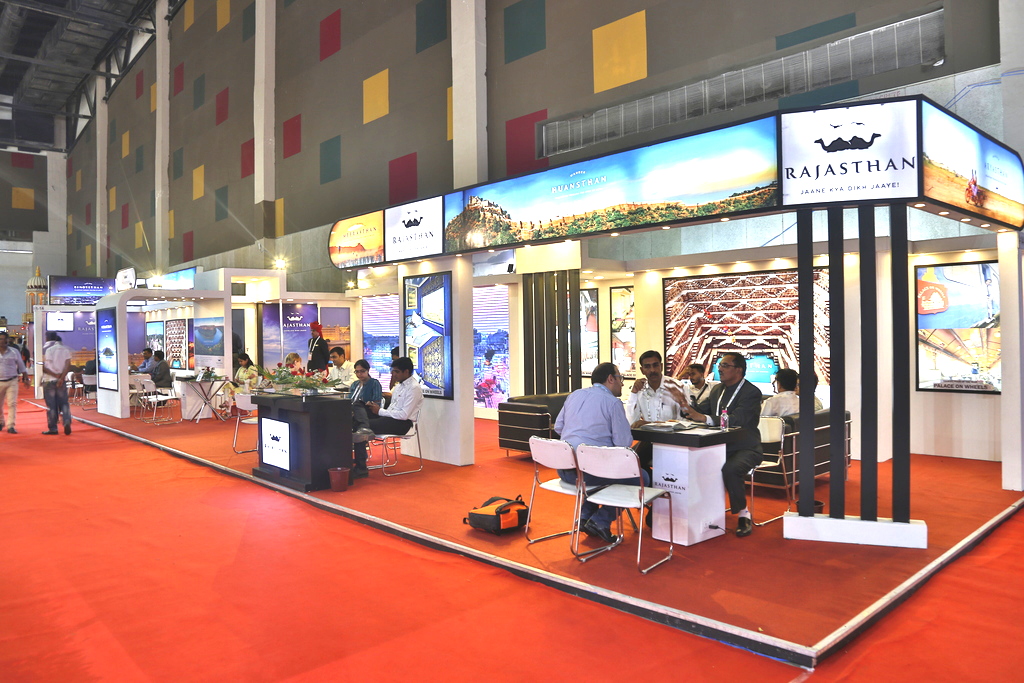 STATE PAVILIONS DISPLAY THEIR INDIVIDUALISTIC TOURISM POTENTIAL AT THE GITB

As in the past years the 10th edition of the Great Indian Travel Bazaar (GITB) is witnessing a variety of pavilions set up by the State Tourism Departments at the mega travel mart. This year apart from the Host State of Rajasthan, the Theme States of Gujarat and West Bengal have also made magnificent efforts to highlight their State’s tourism potential at the show. The creatively designed stalls, offered lucrative business opportunities and customized tourism packages for the foreign and Indian buyers.

One of the highlights of the show is the Rajasthan pavilion. Following a modern design this year the stall featured large LED screens spread across its wide expanse. The pavilion has been designed in accordance with the recent ‘Jaane Kya Dikh Jaaye’ campaign launched by the Department of Rajasthan Tourism. The new cutting edge tourism marketing campaign is a step towards modernization and digitization by the State Government. The campaign follows 6 different travel stories intended to make travelers fall in love with the majestic State.

With the emerging trend of playing golf among the youth, Gujarat tourism has been motivated to introduce ‘Golf Tourism’ to the State’s tourism marketing campaign in January 2018.  The State is already bountiful with beautiful golf courses like – The Gaekwad Baroda Golf Club, Aalloa Hills & Resort, Cambay Spa and Golf Resort,  among others. The courses have all been designed as per international standards with trained manpower. This initiative will not only help attract tourists and generate revenue for the State, but also open up new job opportunities for the youth.

Similarly, the West Bengal Pavilion features a more holistic tourism marketing approach. Promoting their unique attractions as a comprehensive package, the State is focused on locations like – Bishnupur, Shantiniketan, Dooars, Murshidabad, Coochbehar, among others. West Bengal has also placed special emphasis on two World Heritage sites namely, Sundarbans and Darjeeling Himalayan Railway. The capital of the State, Kolkata, also known as ‘City of Joy’ is being aggressively promoted as the keeper of colonial heritage showcasing unique art & crafts, culture, festivals, literature, music and much more.