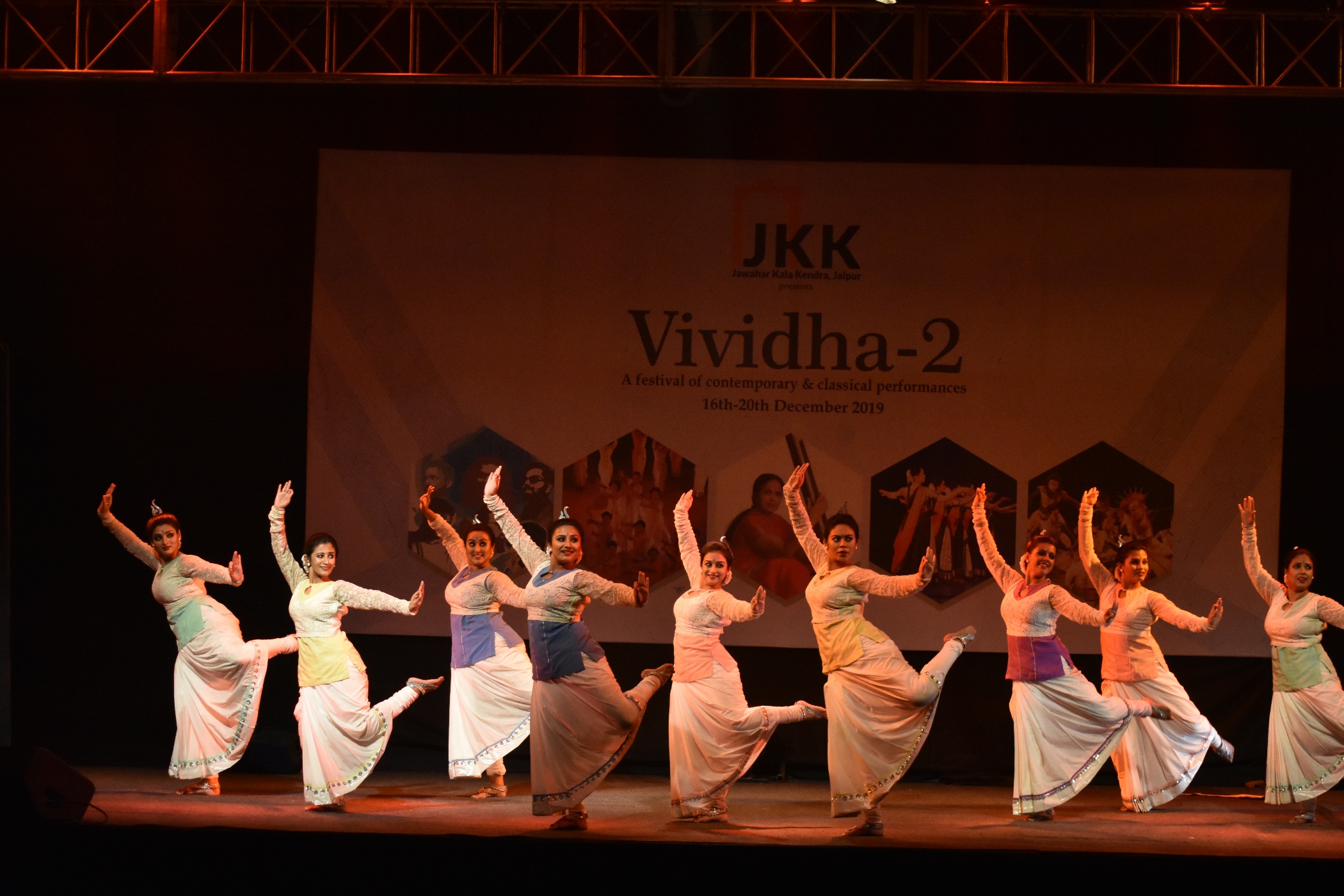 A unique contemporary dance drama based on Rabindranath Tagore’s poem, ‘The Child’ was presented on the second day of ‘Vividha-2’, a festival organized for Jaipur’s art lovers at Jawahar Kala Kendra (JKK). Tagore originally wrote this poem in English. The performance is based on the concept and choreography of Tanusree Shankar from Kolkata. The dance postures, movements and light effects spellbound the audience. During the programme, the artistes skilfully presented the cultural diversity and prosperity of India through dance.

‘The Child’ dance-drama depicted the rhythmic and spiritual journey of man, through which he is freed from the shackles of ignorance and finally attained self-enlightenment and newness of life. The presentation also showcased the celebrations of motherhood. The performance was recited by Victor Banerjee, while the music was by Debajyoti Mishra. Lead singers included— Srikanta Acharya, Lopamudra Mitra and Sukanya Ghosh. The transcreation was by Kamleshwar Mukherjee.

The performance began with a captivating dance praising Maa Durga in the song, ‘Mahishasuramardini Stotra – Ayi Girinandini Nanditamedini Vishvavinodini Nandinute’. During the program, the ‘Court Dance’ was performed in the royal court on the music of Ananda Shankar. In this dance, the costumes and jewellery of the artistes reminded the audience of the grandeur of the ancient era. In ‘Mana Mayuri’, the inherent love between man and nature as well as rain and peacock has been depicted. Similarly, in ‘Pahari’, folk dance showcasing joy and happiness of people living in the hills surrounded by mountains, cascades, valley and rivers and performance ‘Amity’ was also a special attraction for the audience.