SOS AWARD IS THE NEW BENCHMARK TO CHECK THE PERFORMANCE OF OUR DISTRICTS – CHIEF MINISTER, RAJASTHAN

HomePress ReleaseSOS AWARD IS THE NEW BENCHMARK TO CHECK THE PERFORMANCE OF OUR DISTRICTS – CHIEF MINISTER, RAJASTHAN 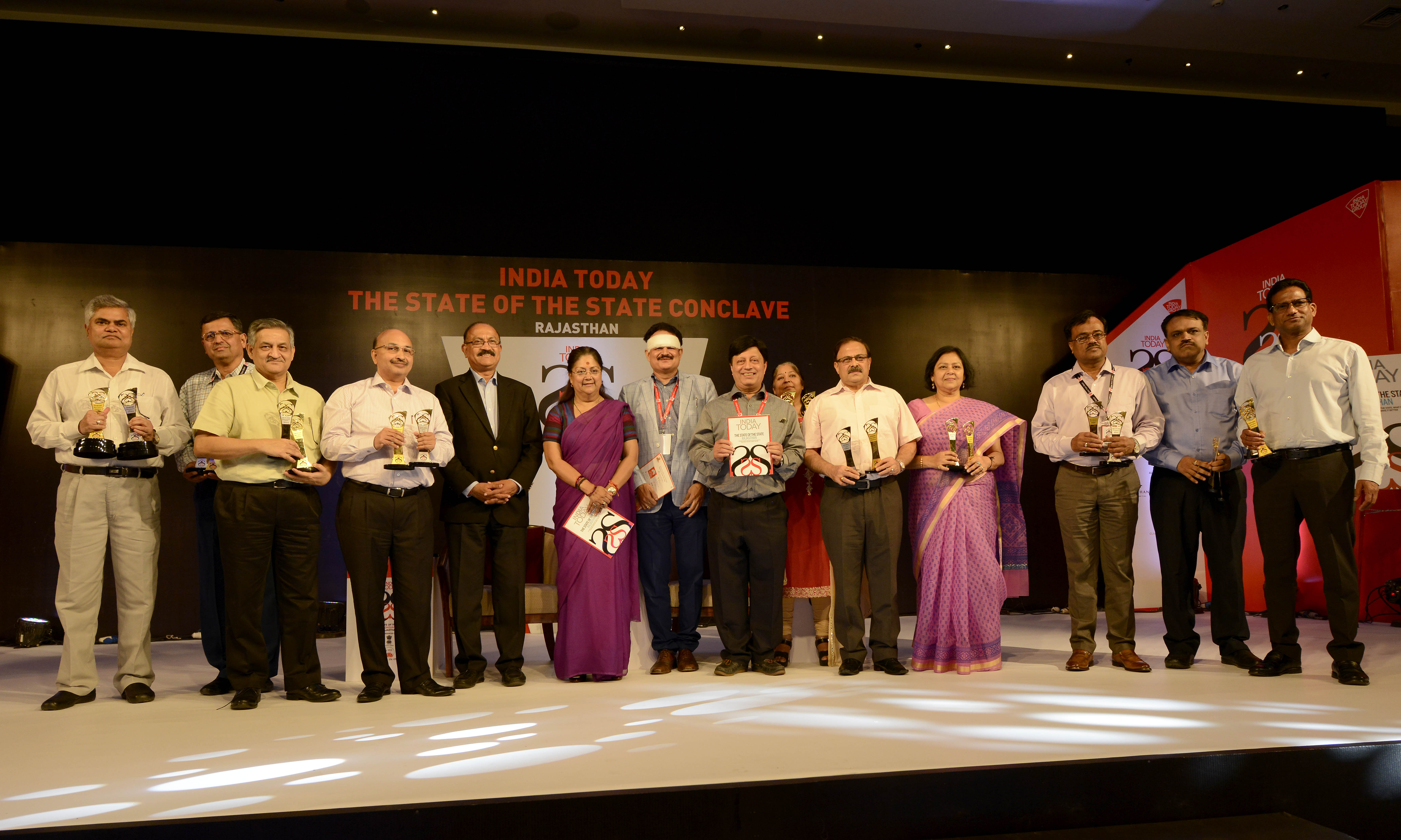 SOS AWARD IS THE NEW BENCHMARK TO CHECK THE PERFORMANCE OF OUR DISTRICTS – CHIEF MINISTER, RAJASTHAN

Jaipur, 24 June:  The State of the State  (SoS) Award is essential to understand performance of all the districts of the State said the Chief Minister, Government of Rajasthan, Ms. Vasundhara Raje. She also said that water scarcity is a major challenge for Rajasthan where women have to travel for miles to fetch water.

Telling about the Mukhyamantri Jal Swavalamban Abhiyan launched by the State Government in January last year, she said that this campaign was implemented in more than 3500 villages of the State. This large level of implementation resulted in about 44 lakh people and livestock to access drinking water as well as water for cultivation for a year. This also improved the situation of ground water level in the villages.

She explained that the Bhamashah Yojana was initiated with the aim of financial inclusion and women empowerment in Rajasthan. She also said that although the scheme was started in 2007, the current Government has expedited the process and  linked 1.5 crore households and a total of 4.5 crores people to it. Under the Bhamashah Swasthya Bima Yojana, of the State people have received the benefit of health services worth Rs. 30,000 to 3 lakhs. She said that at present 1 crore households of the State are getting their ration through 25,000 fair price shops by using biometric authentication.

Prior to this, Shri Raj Chengappa, Group Editorial, India Today, said in the welcome speech that before the Rajasthan, SOS conclave has been organized in Jharkhand, Uttar Pradesh and Gujarat. This assessment of India Today’s social and economic status has been recognized as the Gold Standard.