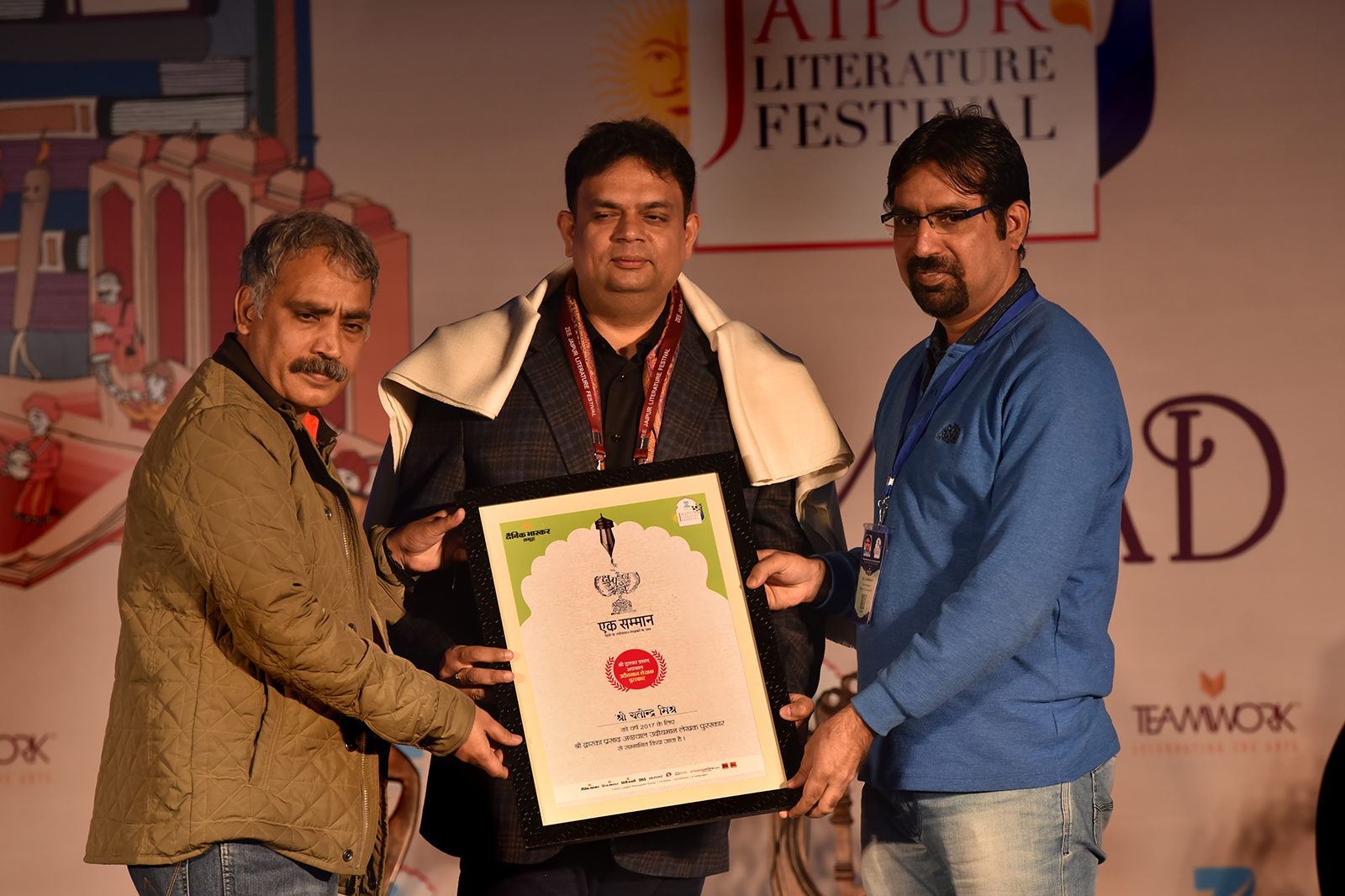 In 2017 the second such award will be made to promote and encourage a promising young writer who is making their mark with good work in Hindi Literature.

The award is for work over the previous year and can be made to a fiction or non-fiction writer. The writer will be shortlisted by Dainik Bhaskar Group and ZEE Jaipur Literature Festival organisers and will be awarded Rs one lakh cash prize and a commendation.

The jury has selected Yatindra Mishra as the winner of the Shri Dwarka Prasad Agarwal Award 2017. The Award will be presented by Dainik Bhaskar group State Editor Mr L P Pant.

Yatindra Mishra has three collections of poetry to his name – Yada Kada, Ayodhya Tatha Anya Kavitayein and Dyodhi Par Alaap. He has also written a book on the classical singer Girija Devi (Girija) and a book of conversations with the dancer Sonal Mansingh (Devpriya).

His book on Ustad Bismillah Khan, Sur Ki Baradari, is soon to be published by Penguin (Yatra) Books and his compilation of Gulzar’s poems, Yaar Julahe, will be published next month by Vani Prakashan.

Vikas Singh – AVP, Brand Marketing, Dainik Bhaskar said, “As India’s largest language media group we feel responsible to promote Hindi. This award is an effort towards this direction to acknowledge and encourage good work done by young Hindi writers. The award will be given every year.”