HomePress Release“SHORT FILMS ARE A GREAT MEDIUM FOR UPCOMING FILMMAKERS” 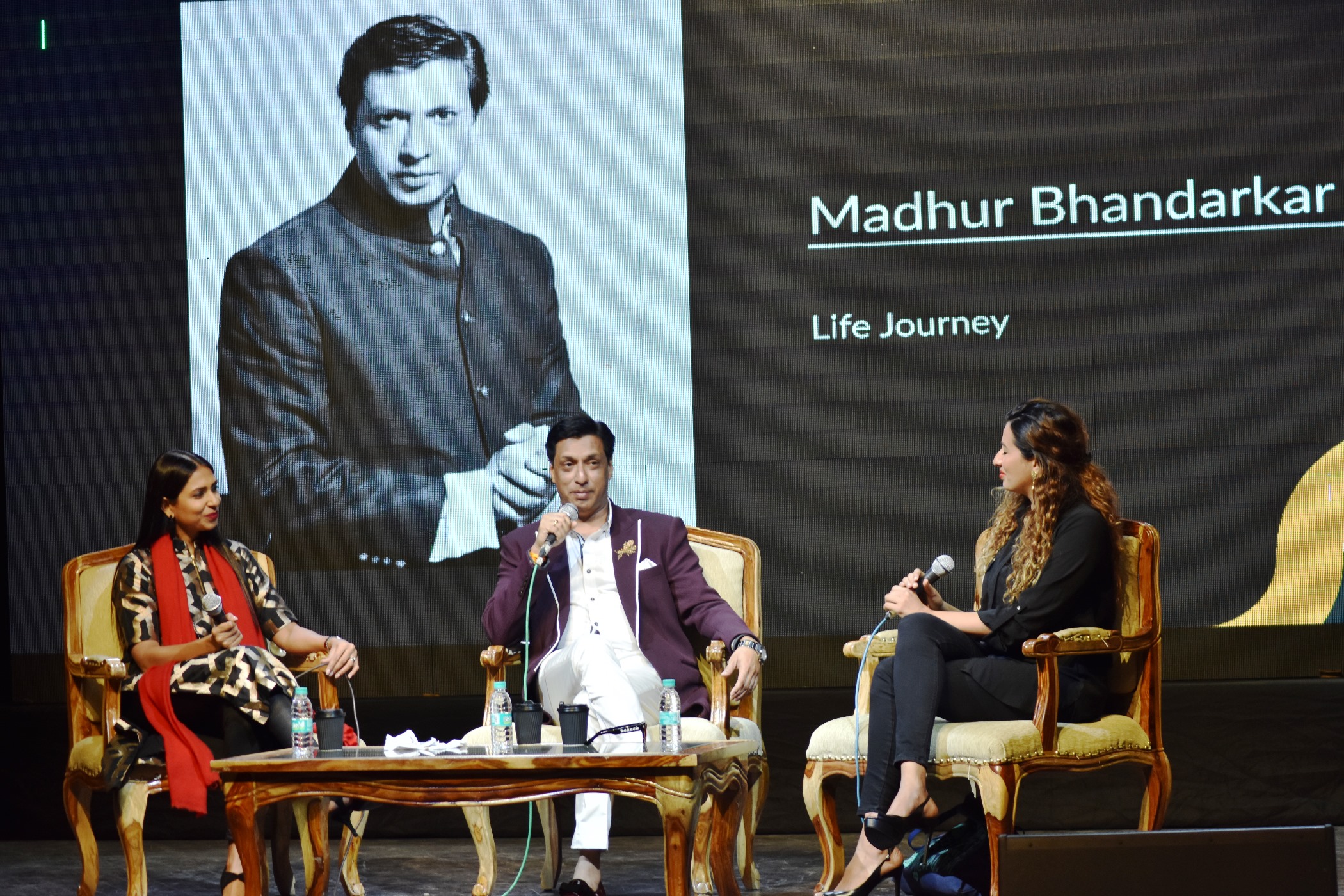 New media and advancement of technologies has enabled the upcoming filmmakers to create 15-20 minutes long short films to showcase their caliber to the masses. These films are pushing the boundaries of creativity and reaching the masses through film festival and other media platforms like, Netflix and Amazon. This was informed by renowned Bollywood film director, Mr. Madhur Bhandarkar. He was sharing his ‘Life Journey’ on the concluding day of ‘Laconic 2019’ a fashion festival in Jawahar Kala Kendra (JKK) in Jaipur. The festival is being organised by the Fashion Design Council of Rajasthan (FDCR).

Sharing his recipe for success, Mr. Bhandarkar further said that one must complete their graduation before anything else. It is easy to decide to become a director or an actor but one needs to have conviction and know their limits when chasing a dream. Having an alternate academic option is always helpful. Other than this, one also needs to be comfortable with not only struggle and hard work but also networking and being visible at the right place at the right time.

In a candid conversation on ‘Glitterati’, fashion designer Wendell Rodricks highlighted the multi dimensional work he has been doing not just in the fashion industry but also in education, environment conservation, charity, among others. Talking about his unique projects, Rodricks spoke about how he designed India’s first designer police uniform in Goa and clothes having specifications in braille for the visually impaired. One of the 3 books that the designer has written — ‘Moda Goa’ is being converted into India’s first ever costume museum which is being built in his old 4 bedroom house in Goa. Giving a piece of advice to the young designers and design students, Rodricks said that each individual has an eye which is different from everyone else and one must take inspiration from that to innovate their designs. For instance, his apparel has been inspired from things like ripples of water, unfurling of pages of a book, among others. He further added that one needs to create something new not just for the state or the country but also internationally to establish a name in the industry. He concluded the session by saying that one must be proud of one’s traditions and should carry forward the legacy. For this schools should adopt kurtas as the uniform for students and not shirts and ties and office executives should also be allowed to wear traditional Indian clothing at work.

Talking about the value of design in a fashion designer’s life, Salim Asgarally said that design is inherent and all-encompassing. It applies in all aspect of our lives, making it an addictive and obsessive profession. Fashion is not an effort, it simply flows from one aspect of one’s life to another with no segregation. Pushing the boundaries of creativity is what helps a designer move ahead in his career and take his designs to the next level. Talking about the must-haves in a woman’s closet, he said that the clothes that touch your skin should be of the best quality, a great black dress can make one look fabulous even when one is tired and a great pair of shoes which are also comfortable can make one feel confident in their stride.

Meenakshi Dixit on Fashion of the South

Talking about how South has developed into a fashion hub, actress, Ms. Meenakshi Dixit said that although people in the South follow international trends, they are grounded with much leaning towards traditions. They tend to add subtle cultural touches to their fashion with accessories like a bindi or flowers.

Sunita Burad and Ranamal Khatri talked about how Ajrak printing is a 4,000 year-old block printing art with a long processing system. In spite of a quick fashion era,  ‘Ajrak’ printing has become popular in the national market with many designers experimenting with this form of printing.