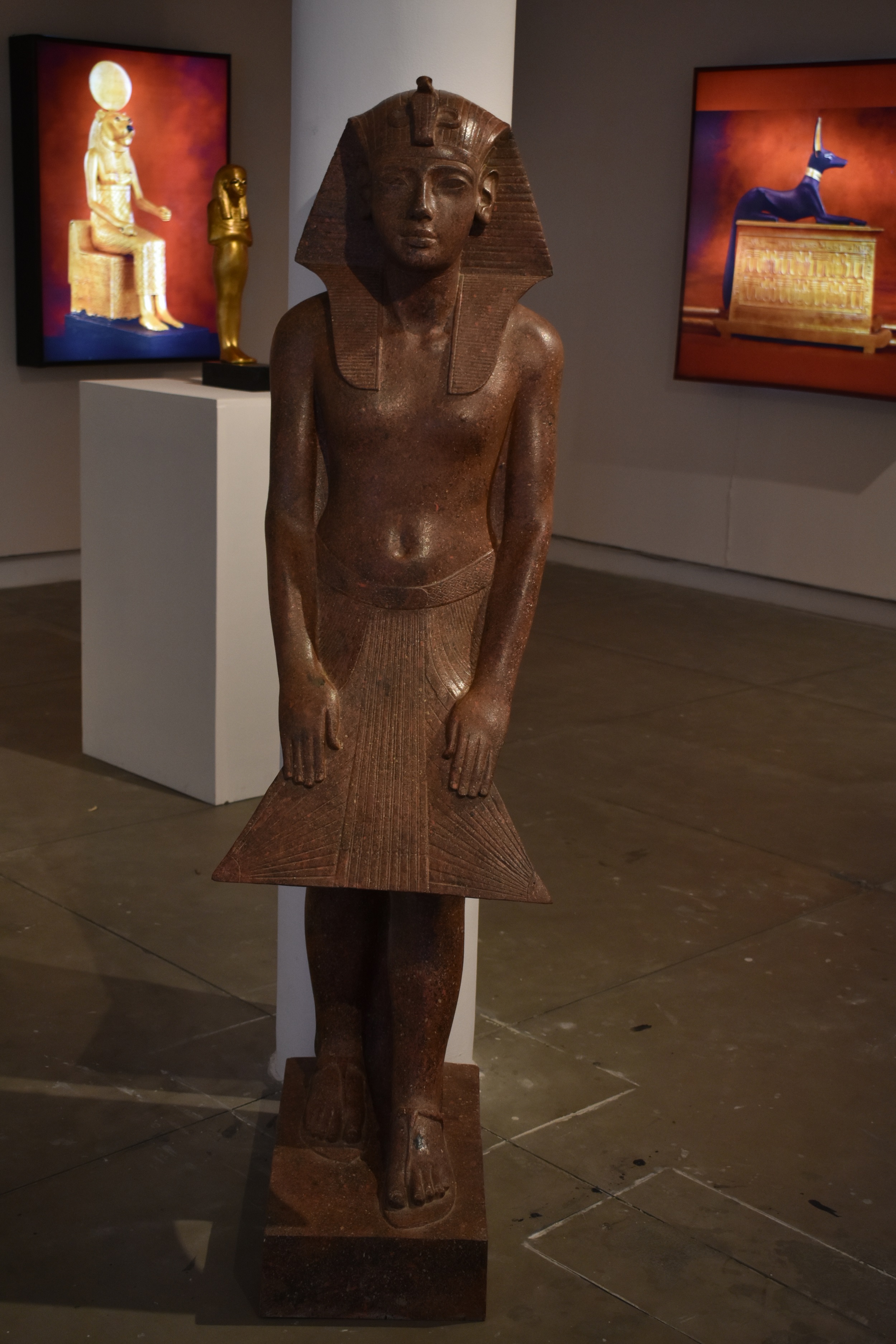 The whole world came to know about the luxurious life of the Pharaoh kings of Egypt when the archaeologist from Britain, Howard Carter, found the tomb of Tutankhamun between 1922 and 1927 and presented the objects and artefacts found in it. Tutankhamun became king at the age of 10 and died at the age of 19 in 1324 B.C.

Presently, these objects are in the Museum of Cairo. Taking inspiration from this, Dr. Mohammed Mostafa Al Ajebi from Egypt created a replica of these objects and displayed them around the world so that people could become aware of the reality of these objects. All these replicas are gold-plated like their original artefacts and introduce the viewers to the unique world of that era. These replicas include Tutankhamun’s mask made of gold, his coffin, gold statues of their Gods such as Horace, statues of companions, ministers, servants and watchmen, chariots, canopic jars where various body parts of the King’s body were kept in chemical among others.

Replicas and digital prints of the artwork exhibited-
Additional Director General (Technical), JKK, Furqan Khan informed that Manish Sharma from Bikaner has curated these artefacts and put up the exhibition ‘Punarbh’ at JKK. The exhibition has been organized as a part of 10-day folk art and cultural festival, Lokrang. Replica and digital prints of artwork from Tutankhamun’s tomb are being exhibited in this exhibition. A large number of researchers and art students are coming to see the exhibition every day to understand these artworks and their related mysteries. Some of these artefacts have been made of wood and fiber and decorated with golden color.