SATIRICAL DIALOGUES TICKLE THE FUNNY BONE OF THE AUDIENCE

HomePress ReleaseSATIRICAL DIALOGUES TICKLE THE FUNNY BONE OF THE AUDIENCE 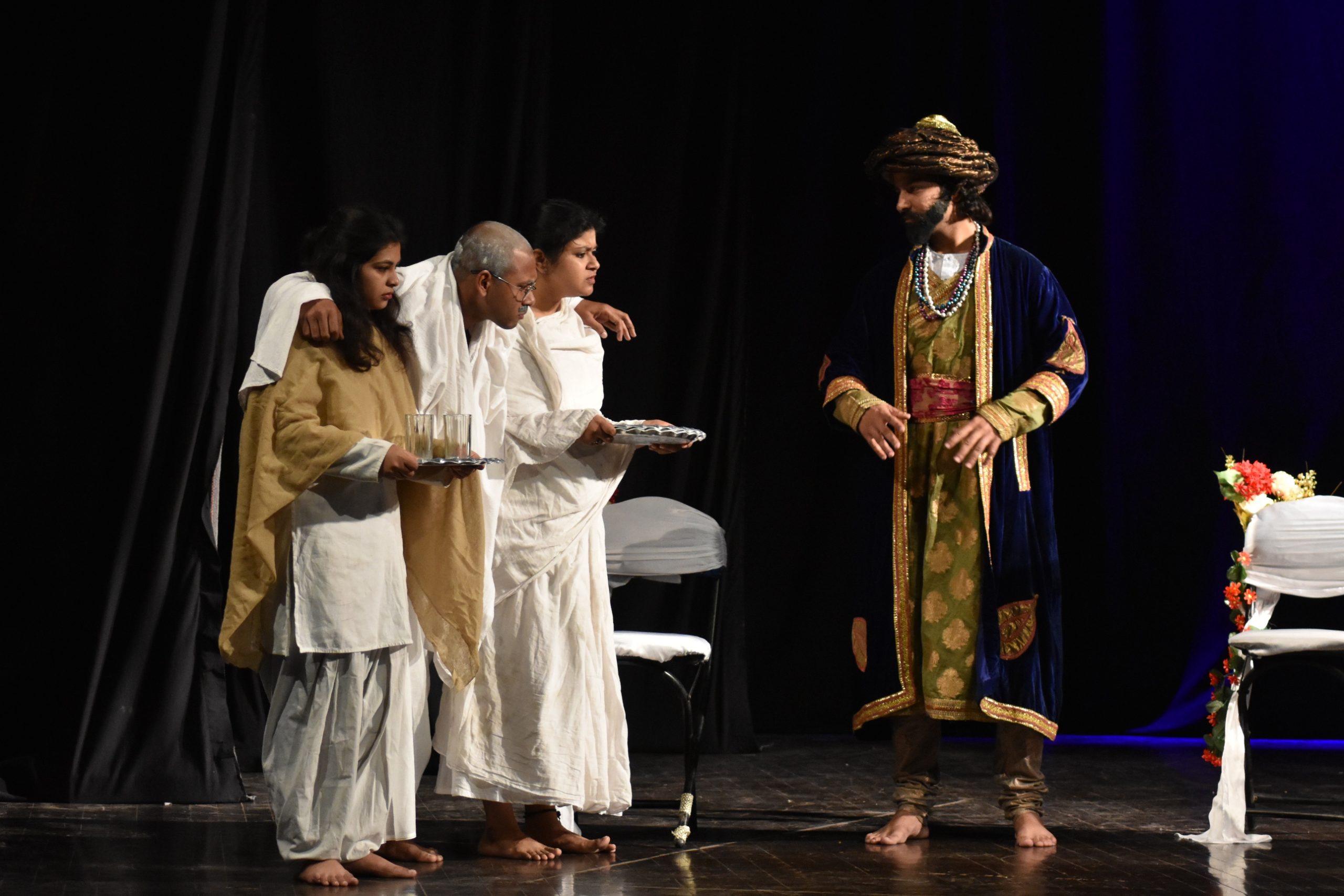 SATIRICAL DIALOGUES TICKLE THE FUNNY BONE OF THE AUDIENCE

On the second day of the ongoing ‘Hasya Natya Samaroh’ at Jawahar Kala Kendra (JKK), a comedy and satirical play ‘Akbar the Great Nahi Rahe’ was staged. The play was directed by Saeed Alam and written by Mrinal Mathur. The acting of the characters as well as their satirical dialogues kept the audience engaged throughout the play. The funny circumstances shown in the play when Akbar returns to the Earth to regain his identity and fame also bring to the light the director’s condemnation of the prevailing situation in the society.