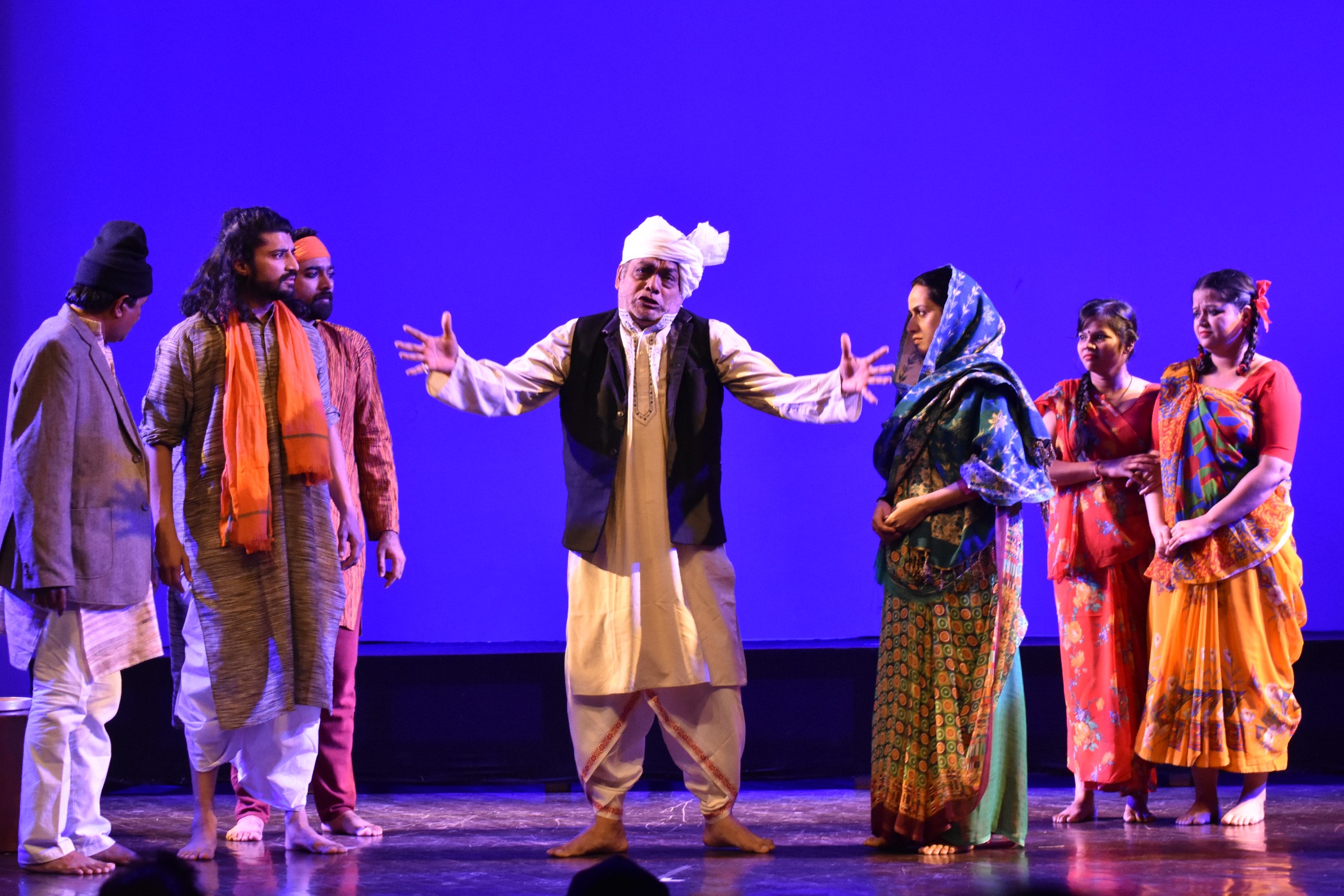 The 5-day comedy theatre festival – ‘Hasya Natya Samaroh’ began at Jawahar Kala Kendra (JKK). Theatre lovers of Jaipur enjoyed a humourous play titled ‘Panch-Light’ on the first day of the festival. The play was directed and adapted by Ranjit Kapoor and written by Phanishwar Nath Renu. The play set in a remote village in Bihar called Mahato Tola from the 50s. The ‘Panchlight’ in the story symbolizes mental consciousness.

The play shifts focus, as villagers now look towards growth in their village that still has no electricity. To resolve their issue, some of the main people of the village go to the market and buy a ‘Panchlight’. Everyone is very happy with the purchase and dances in celebration. But soon after they realise no one in the village knows how to light the Panchlight. Some people of the village suggest requesting people from nearby villages to come help them but the Panchayat rejects the idea considering that it will make their village look small compared to the others. Munri then tells the villagers that Godhan knows how to light the lamp. So they recall all allegations against him and bring him to the village. After Godhan returns to light the lamp he asks for spirit which no one has. He cleverly tells the Munri to give some coconut oil and finally the Panchlight works. The play concludes with the villagers rejoicing and dancing around the Panchlight.

Tomorrow (26 December), ‘Akbar the Great Nahi Rahe’ directed by Sayeed Alam and written by Mrinal Mathur will be staged. This is play fused with spoof, mimicry, satire and farce. The play answers the question ‘What happens when Akbar’s greatness is questioned?’. One day people are no longer calling Akbar, ‘The Great’. So, he returns to Earth to reclaim his identity and his name. Although he finds several allies in Heaven, he must convince the people of India as well.

It is to be recalled that the 5-day comedy theatre festival – ‘Hasya Natya Samaroh’ will be on till Sunday, 29 December. It will feature theatrical works like ‘Panch Light’, ‘Akbar the Great Nahi Rahe’, ‘Hasyachoodamani’, Banswada Company’ and ‘Pajeb Aur Gareeb Nawaz’. Plays will be held daily at 6.30 pm at Rangayan. The tickets are available at the JKK Reception.