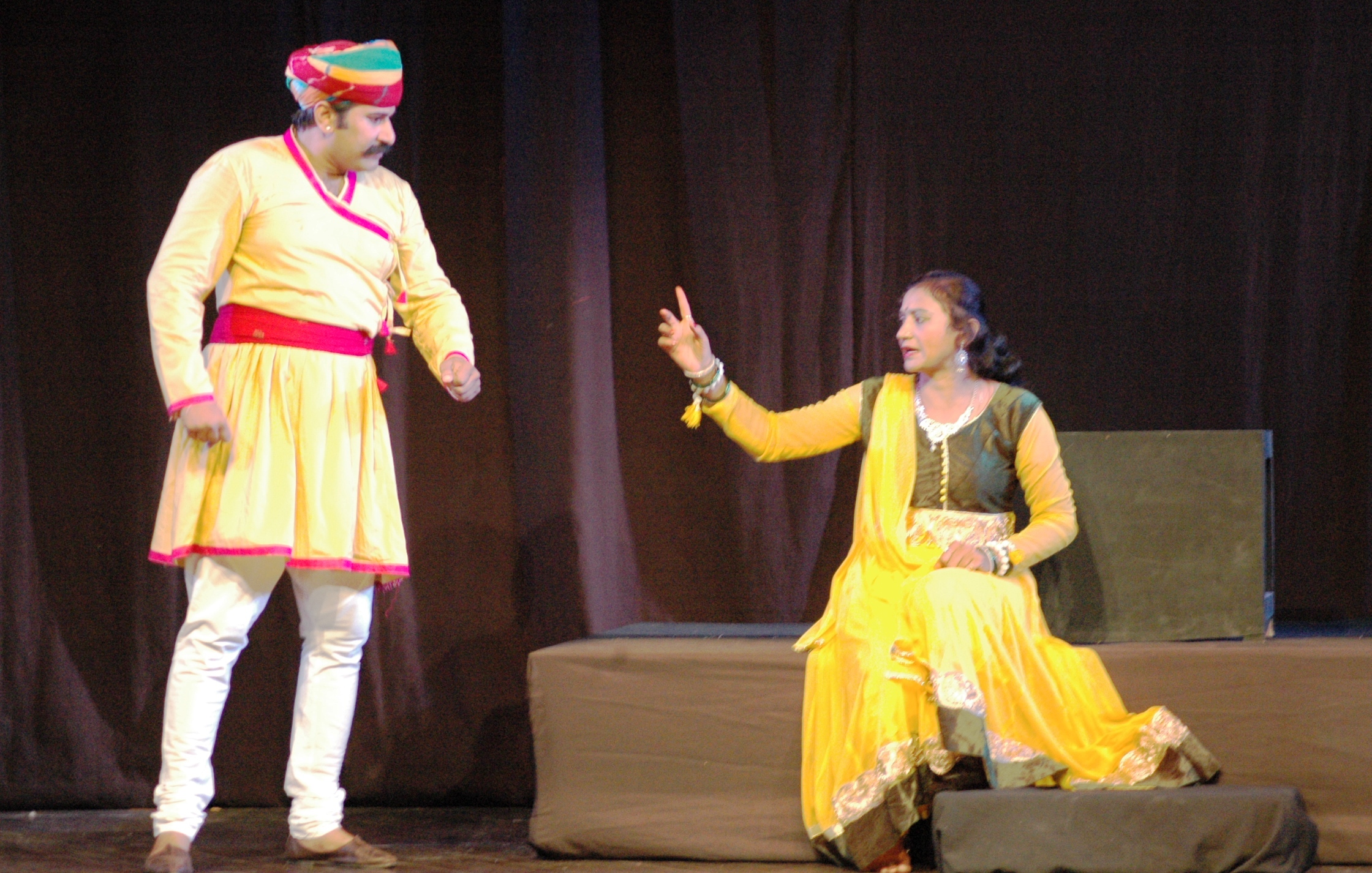 Jaipur, 28 September: The audience of Jawahar Kala Kendra(JKK) were in splits throughout the staging of the play, ‘Saiyyan Bhaye Kotwal’ here today.

‘Saiyyan Bhaye Kotwal’ is a Hindi translation of the famous Marathi folk play ‘Viccha Majhi Puri Kara’ which was written by Shri Vasant Sabnis and translated by Smt. Usha Banerjee. The play revolved around a King and his scheming Prime Minister.  Following the death of the administrative head – the kotwal, the Prime Minister promptly fills the coveted post with his inept and undeserving brother-in-law. As per the hierarchy, the present Havaldar ought to have been promoted to that post. The wronged Havaldar along with his sweetheart Mainavati plans to frame the new Kotwal. Mainavati, who is a dancer, works her charms on the Kotwal and then beseeches him to fulfill her numerous wishes. Mainavati orders him to bring her the king’s ring, chain and finally the king’s four-poster bed (chhapri palang) – which he does. The humorous play brought out the political undercurrents of biasness.