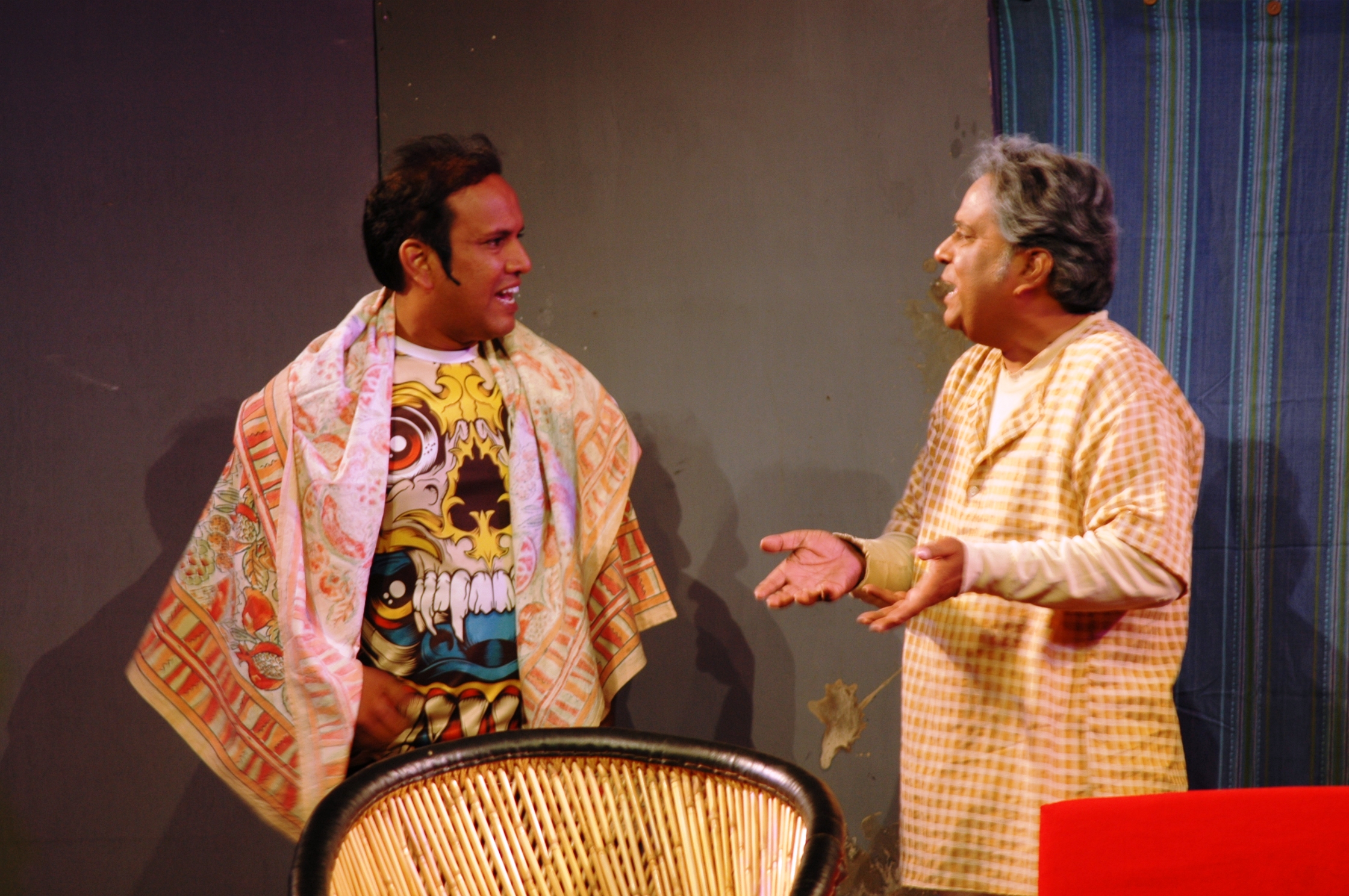 The play revolved around the head of one household — Munjiraam, a miser true to his name. Due to his stingy nature, his family members treat him as their ‘Wrong Number’. At times, Munjiraam also thinks that his son is a ‘Wrong Number’ for him.The play comically displayed the grim relationship between the father and son. The play is a satirical comedy giving a glimpse of the current society. Through the daily life of Munjiraam, the playhighlighted that a person is never wrong but it is the circumstances around a person that make him wrong. Inspired from day to day household problems, the play had the audience in splits throughout. Even serious issues were portrayed in a humorous manner. However, the play ended on a sentimental note.

Written and directed by Tapan Bhatt, the actors in the play were Vishal Bhatt as Munjiraam, Saurav Bhatt and Pawan Sharma as Pyare, Pooja Hada and Priyanka as Pyari, Tapan Bhatt as Kanwaraa, Anjali Mishra and Ratee as Kanwari, Kapil Sharma as Rasoyi, Abhishek Jhalak as Sando, Shyam Bihari and Himanshu Jhankal as Bulgulbula, Sawand Bhatt and Rimjhim Bhatt as Gulbulgula and Kaliash Soni as Dakiya.

The light assistance was provided by Sahjor Ali while the makeup for the artistes was done by Ravi Banka and Vishnu Saini. The stage design was set up by Tapan-Pawan.