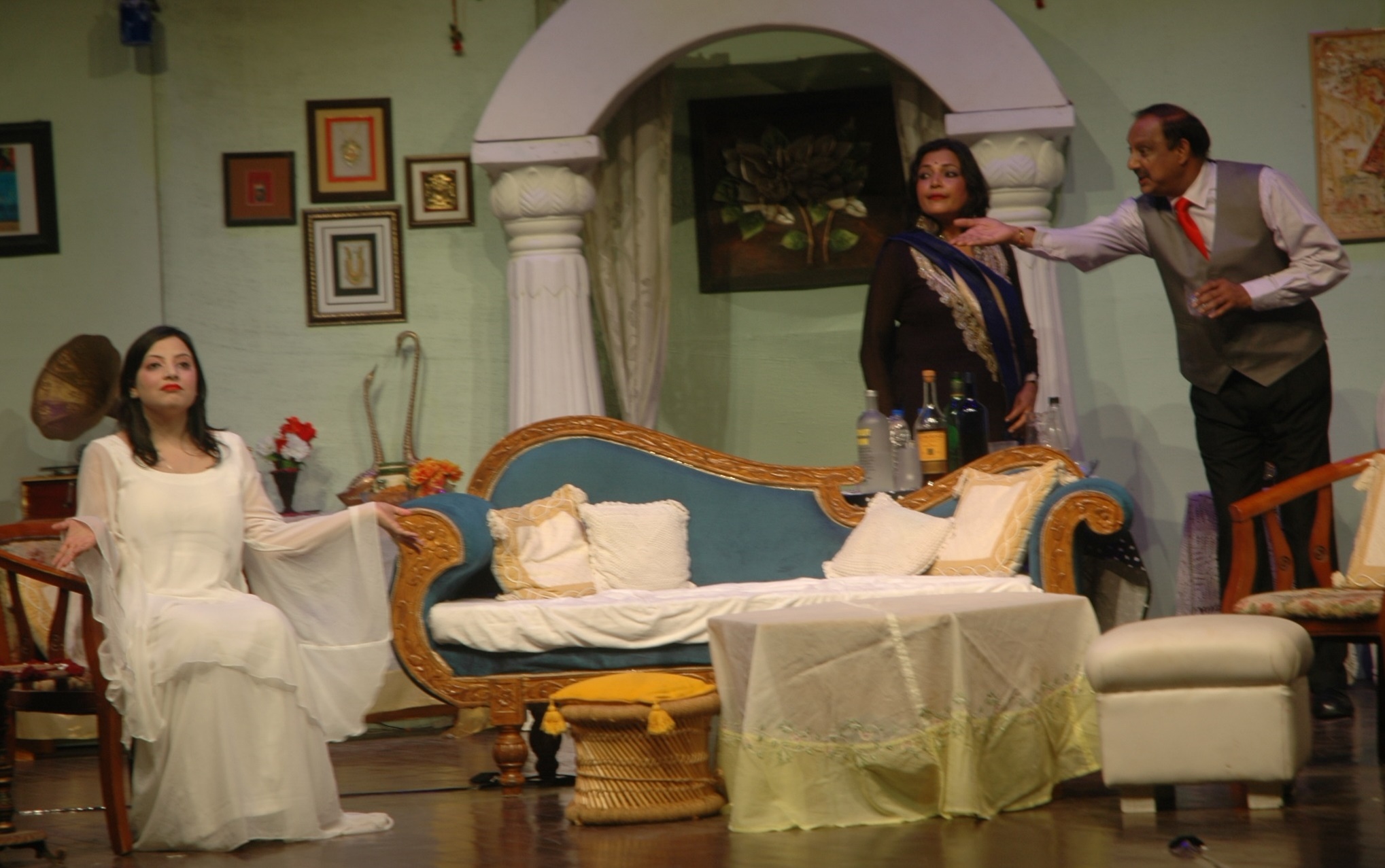 Hindi adaptation of the renowned English comic play ‘Blithe Spirit’, ‘Bechari Amrita’ revolves around a writer, Sanjeev Chaudhary, who lives in Kasauli, invites a tantric, Madhu Malti, to his house to conduct a séance. The séance is conducted in the hope that Saurabh gets some inspiration for his next novel. However, the seance backfires when he is haunted by the ghost of his first wife, Amrita who died seven years ago. Amritathen attempts to disrupt his second marriage with wife, Ritu, who cannot see or hear the ghost.

Directed by Saurabh Srivastava, the other characters involved in the play were the household help Pushpa, played by Chaarvi Puri, and couple-friends of Sanjeev and Ritu, Mrs and Mr Gupta, enacted by Nishtha Puri and Shashi Karan.

The sound and light assistance was provided by Dr. Ravi, Sharad and Shehzor respectively. The makeup for the artistes was done by Bhunesh Bhatnagar while the stage portraiture was looked over by Sanjeev and Purushottam. Ramswaroop and Manish also assisted on stage.
It is to be recalled that the event was a part of the 5 Day Comedy Play Festival at JKK which was inaugurated today by Secretary, Tourism, Government of Rajasthan, Ms. Roli Singh. Another play – ‘Saiyyan Bhaye Kotwal’ directed by Karni Singh Rathore will be staged on 28 September (Tomorrow) at 7 pm in Rangayan Auditorium.