“Religion and science are not distinct from each other” – Haulianlal Guite 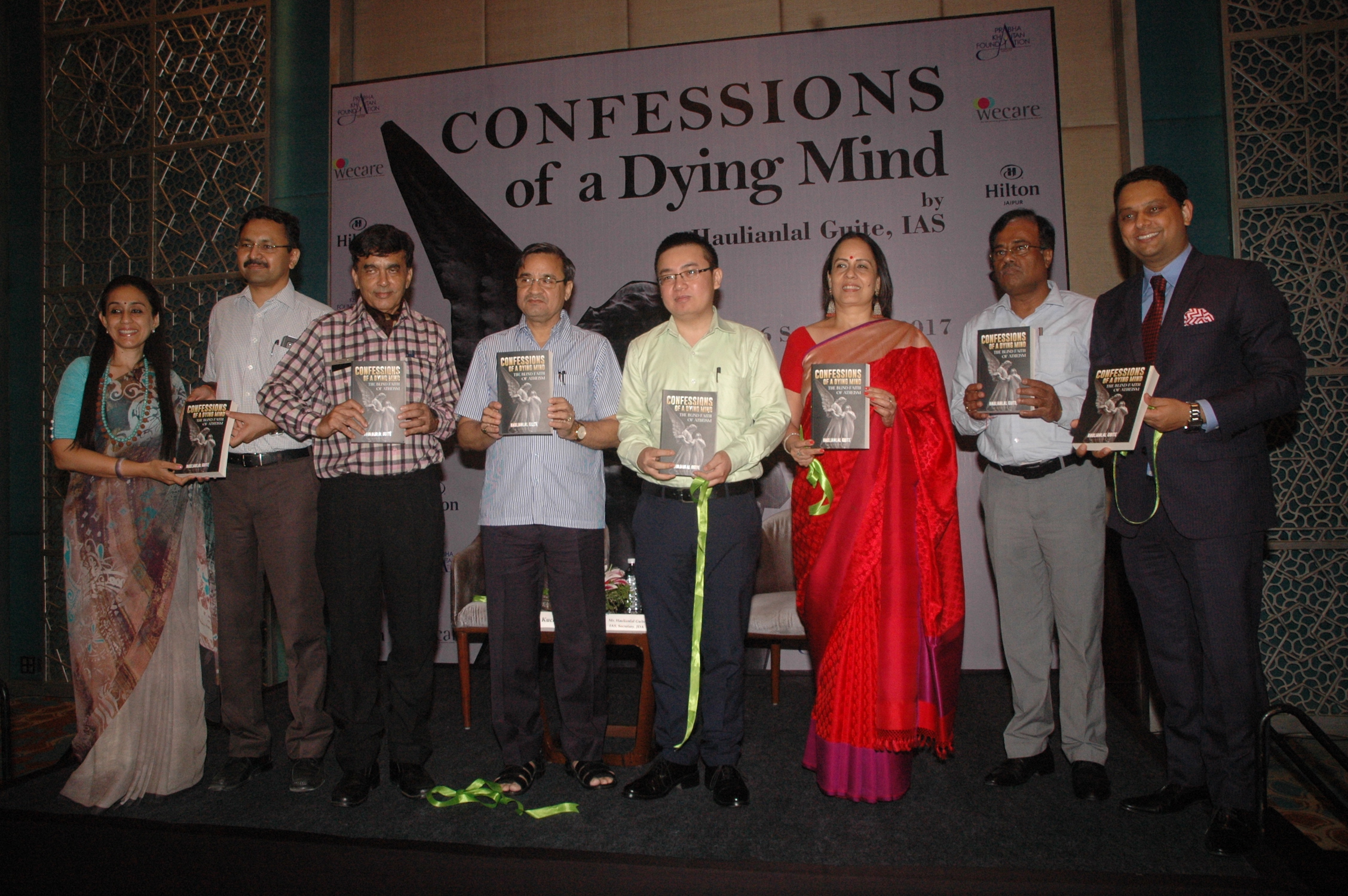 “Religion and science are not distinct from each other” – Haulianlal Guite

“Religion and science are the two greatest ideological systems the mankind makes use of. There is no standard by which one can be separated or compared from the other. While science is based on empirical evidences, religion relies on trans-empiricism. To look at it as a matter of conflict between the two reflects deep misunderstanding.” This was stated  by the author Mr. Haulianlal Guite who is also an IAS and is currently Secretary, JDA. He was speaking at the formal book launch of his recent book ‘Confessions of a Dying Mind: The Blind Faith of Atheism’ organised by Prabha Khaitan Foundation and We Care at Hotel Hilton in Jaipur today.

Mr. Guite  further said that scientific theories are instruments we use in order to control or predict nature. The book, Guite shared, is written with minimal technical jargon and thus can be read by people who have no background or interest in philosophy. Additionally, it is also quite useful for students, especially those preparing for civil service examinations as it is a philosophical investigation of religion based on logic.

The Chief Guest on the occasion was Chief Secretary, Government of Rajasthan, Mr. Ashok Jain. He said that bureaucrats normally write about administration, politics or economy. Here, Guite has taken the daunting task of writing a philosophical novel.

IAS (Retd), Dr. Govind Sharma himself an author of 3 books, appreciated Guite for his narration. He said that the novel is the right mix of easy narration and philosophical depth.

In his welcome address, JDA Commissioner, Mr. Vaibhav Galriya said that H. Guite is an officer with a difference who has created time to follow this interest and passion. He appreciated him for writing a book.

There was also a ‘Question and Answer’ round moderated by Chairperson, We Care, Ms. Apra Kuchhal. The vote of thanks was extended by General Manager, Hotel Hilton, Mr. Vishal Gupta.