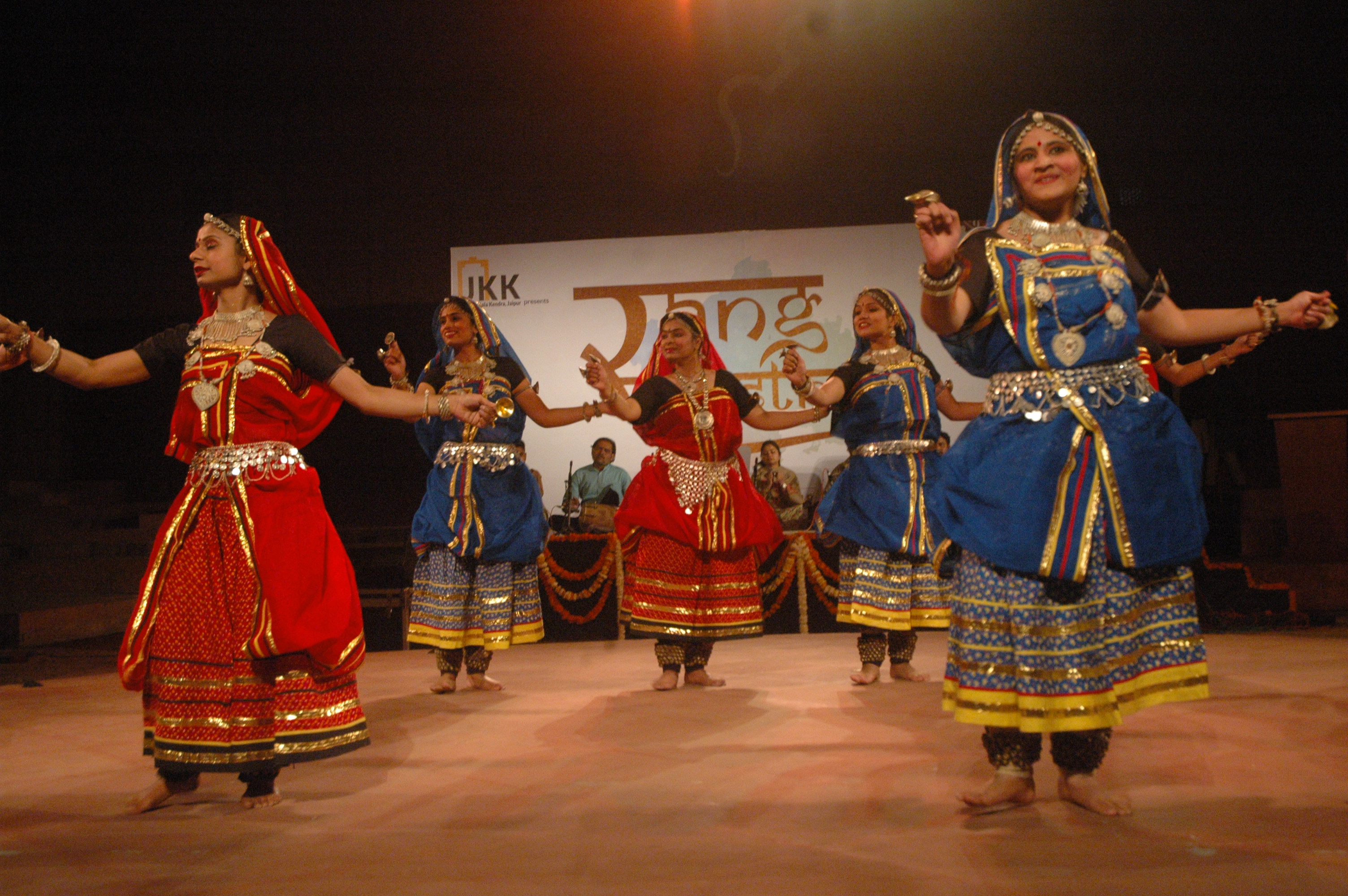 The sixth day of the weeklong Rang Rajasthan Theatre and Art Festival witnessed various activities at Jawahar Kala Kendra (JKK). There was staging of two plays, school outreach programme, Open Mic Jaipur sessions, talk show with Sampat Saral as well as folk music and dance. It is to be recalled that the programme has been curated by Rang Mastaaney and is presented by Jawahar Kala Kendra.

School Outreach Programme –
As a part of Rang Rajasthan’s school outreach programme, around 250 students of Bharatiya Vidya Bhavan’s Vidyashram as well as 50 law students witnessed scintillatingGangaur dance by Swati Agarwal as well as Kaalbeliya by Meena Sapera. The programme was held at JKK’s Madhyavarti.

Open Mic Jaipur –
The open Mic Jaipur session witnessed the performances of two bands – The Nameless and Prologue Collective. While the former rendered bollywood numbers along with Rajasthani Folk, the latter belted our electronic music numbers with violin fusion.

‘Kenchuli’ by Mahmood Ali –
The play ‘Kenchuli’ by Mahmood Ali was staged at Krishnayan. Leaving the comfort of her home, love of her family and accompaniment of her friends, Laachi came to an unfamiliar place with heart full of excitement and joy. However, within a second something happened that changed the entire scenario. The play revolved around the dilemmas of household and marriage relating to caste, culture, religion and values, among others.

Talk show with Mr. Sampat Saral –
There was also a talk show by renowned Rajasthani poet, Mr. Sampat Saral.  He said that one should not get disheartened by failures. They are part of life. Always believe in yourself and give your 100 percent in any work you do. Talking about his writings, he says that a writer must always be aware of what his readers want. A message said in one line always creates more impact than a 100 word article. Apart from this, he also recited some of his short stories like, ‘Globalisation’, ‘Ghass Ki Roti’, ‘Sadachar’, among others.

‘Duvidha’ by Kaviraj Laique –
‘Duvidha’ by Kaviraj Laique was staged at Rangayan. A story by Vijaydan Detha, the play narrated the Rajasthani folktale about a merchant’s son whose relationship with his young bride is thwarted by his work and a ghost who falls in love with her, resulting in the ghost soon impersonating the husband.  The play was performed in the narrative form of theatre with the entire cast present playing multiple roles and providing narration.  With the use of Rajasthani folk songs and dance, the popular folktale was recreated using contemporary elements as well as interaction with the audience.

Folk Performances –
The day concluded with folk fusion music by Parmeshwar Kathak and Bhanu Pratap and Group from Jaipur. This was followed by Manjeera Dance by Pt. Kaushal Kaant from Jaipur and Khaari Dance by Zakir Khan from Mewat.

Schedule for 11 January-
On 11 January, the day will begin with folk music and dance performances at 10 am. After this, there will be a musical performance at Open Mic Jaipur session at 1.30 pm. This will be followed by play ‘Dohri Zindagi’ by Neha Singh at 3.30 pm and talk show with renowned Rajasthani playwright, theatre director and translator, Mr. Arjun Deo Charan at 4.30 pm. At 5.30 pm, a theatrical play called ‘Satyagrah’ by Arjun Deo Charan of Jodhpur will be staged. In the evening, there will be folk fusion music and dance performance.