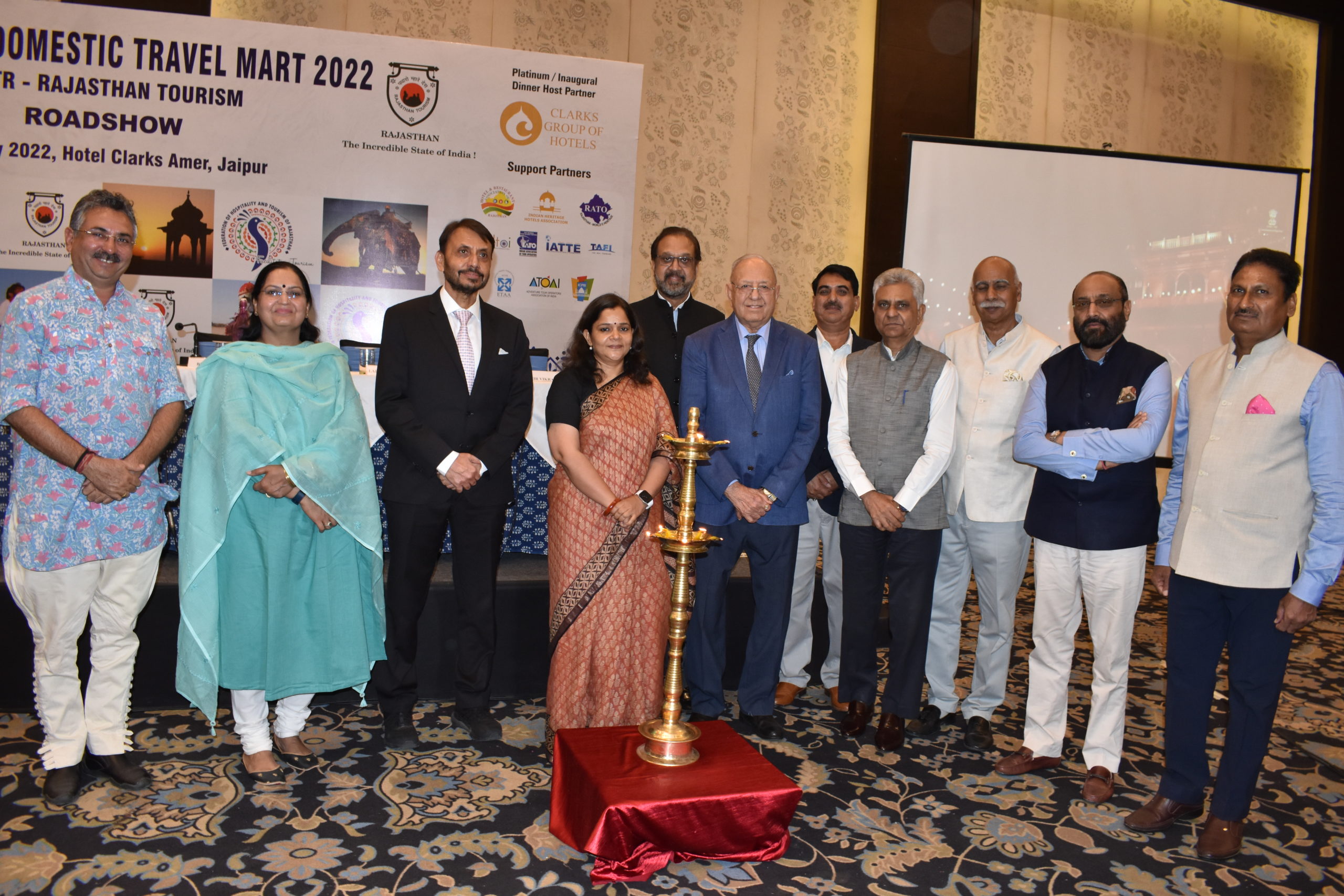 Principal Secretary Tourism, Government of Rajasthan, Ms. Gayatri A Rathore in an elaborate presentation said that Rajasthan is not only a favoured destination for tourism but also for investment in tourism and its allied projects. This is buttressed by the fact that the largest number of MoUs and LoIs were signed in the tourism sector for the Invest Rajasthan Roadshows: Rs 11,906 Crores for 363 projects which will generate an employment of 57,138 persons. She was speaking at the first roadshow for the Rajasthan Domestic Travel Mart (RDTM) 2022 held at Hotel Clarks Amer. It was jointly organized by the Department of Tourism and Federation of Hospitality and Tourism (FHTR) in Rajasthan. The RDTM is scheduled to be held from 22 to 24 July in Jaipur.

The Principal Secretary further said that along with its cultural and royal heritage, Rajasthan is also a huge destination in arenas of wildlife, eco-rural, wellness, leisure, pilgrimage, weddings, etc. The Rajasthan Tourism Policy, she said, has further accentuated scope of Rural Tourism, Film Tourism, and Heritage Tourism.  The conducive policy and efforts from the Department have helped the sector to achieve a speedy recovery from the Covid-19 pandemic. She hoped for pro-active participation of stakeholders in the forthcoming RDTM in July. The recent budget announcements including the tourism and hospitality sector being given the benefits of industry has galvanized the sector, she said

The President, FHTR and Managing Director, Clarks Group of Hotels, Mr. Apurv Kumar said that Rajasthan today stands head and shoulders above the other states given the hugely sector beneficial budget announced by the State Government. This was bound to attract investment in tourism projects. He also evinced satisfaction on the fact that the State Government’s Bureau of Investment Promotion (BIP) has also joined hands with FHTR in organizing different roadshows in the State. He said that 7 roadshows will be held across the State in cities like Mandawa, Ajmer, Bikaner, Jaisalmer, Udaipur and Kumbhalgarh.

The Former Secretary Tourism, Government of India and Patron of FHTR, Mr. Lalit K Panwar said that ,post covid, the time has now come to focus on Domestic Tourism. The potential for harnessing the domestic tourism sector is hugely more than the foreign tourism sector – which will take time to open up.

The Director, Tourism, Rashmi Sharma announced the heritage certificates for 5 projects which were handed over to them during the roadshow. The certificates are more elaborate and aesthetically designed, the Director said. Three short films prepared by the Department of Tourism were also screened on the occasion. These films were on the recently held Rajasthan Diwas celebrations, the World Heritage Sites in Rajasthan and the Cuisines of Rajasthan. The roadshow was well attended by the stakeholders in the tourism sector.