RAJASTHAN GOVERNOR URGES BANKS TO BE MORE SUPPORTIVE OF MSMEs 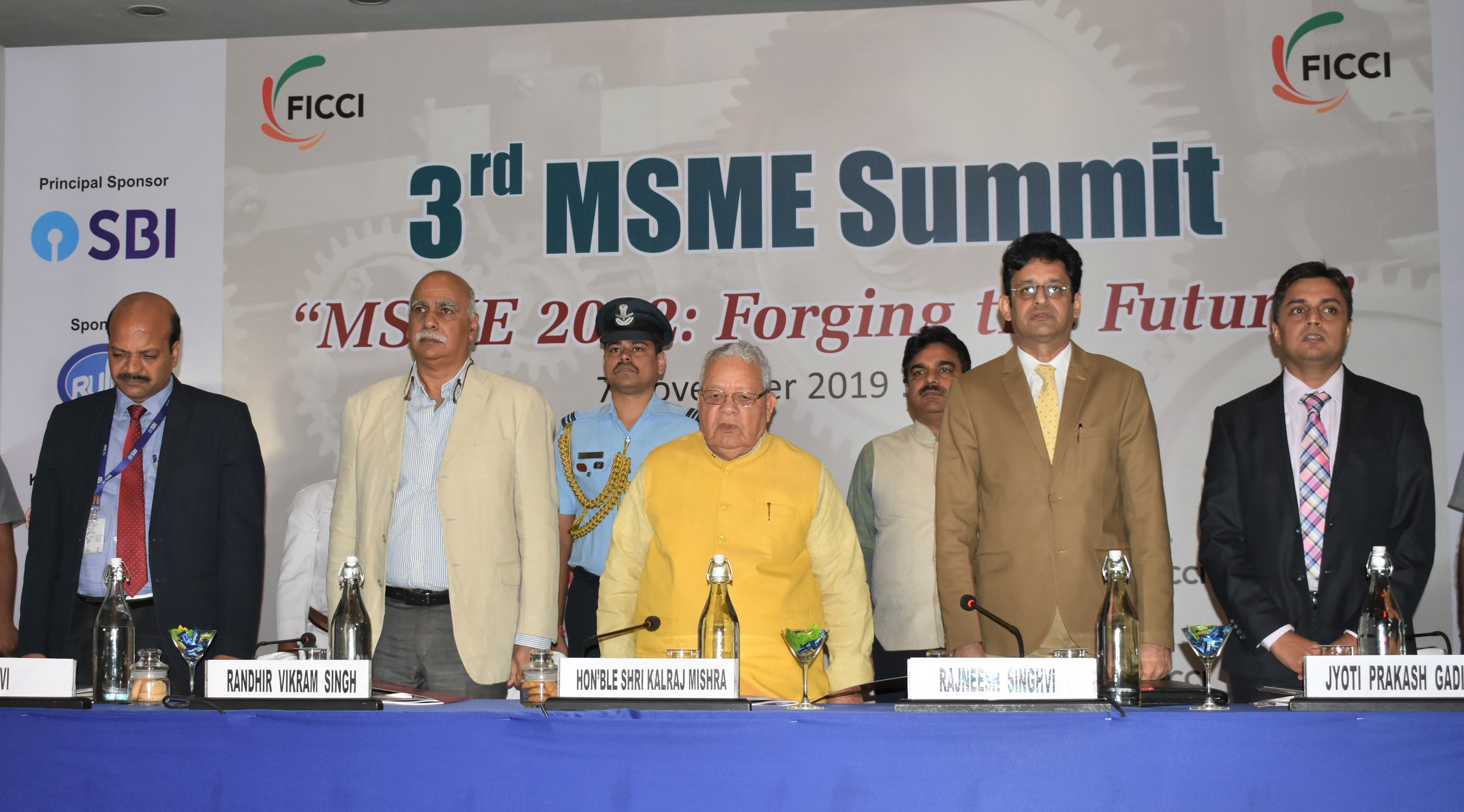 RAJASTHAN GOVERNOR URGES BANKS TO BE MORE SUPPORTIVE OF MSMEs

The Governor of Rajasthan, Shri Kalraj Mishra, urged the banking sector to be more supportive in promoting Micro, Small and Medium Enterprises (MSME). In terms of financial assistance, he categorically stated that if required the parameters and guidelines could be reconsidered to give a fillip to such units. The Governor was speaking as the Chief Guest at the 3rd MSME Summit ‘MSME 2022: Forging the Future’ organised by Federation of Indian Chambers of Commerce and Industry (FICCI) at Hotel Royal Orchid today.

The Governor further said that MSME sector was number two in terms of creating employment in the country only after the agriculture sector. With just 20% investment it creates 80% employment. As much as 31% of the domestic manufacturing is by the MSME sector and 45% of the total export sector. He also advised the MSME entrepreneurs that they will need to focus on quality of their products as well as marketing. Over-dependency on the Government should not be expected and they should be able to face and overcome the bottlenecks with entrepreneurial acumen.

General Manager, State Bank of India, Mr. S Ravi said that with increasing competition, the banks are also changing its processes and training the employees to be more sensitive. The pace of change may be slow but it is surely happening. The processes are being increasingly digitized. The SBI Bank’s app YONO allows a user to get loan in merely 5 minutes if all requirements are met with. Mr. Ravi also highlighted the recent move of the government in which banks are asked not to declare any stressed loan account of MSMEs as NPA till March 2020 and work on recasting their debt.

Managing Director, Resurgent India Limited, Mr. Jyoti Prakash Gadia outlined the various challenges being faced by the MSME Industry and appealed to the government and banks for a re-structured policy. He said that earlier excise tax was not levied up to sales of Rs. 1.5 Crore. However, now because of GST the cap has been reduced to Rs 20 Lakhs. Similarly, due to the current crisis in the economy the working capital has also decreased. To resolve this issue, banks should start lending directly to the MSMEs.

Earlier in his Welcome Address, Co-Chairman, FICCI Rajasthan Council & Joint Managing Director, Mandawa Hotels, Mr. Randhir Vikram Singh said that MSME have played a pivotal role in providing employment in backward areas as well as to youth and socially disadvantaged. However, the sector also faces many challenges such as – technological and financial, high cost of credit, lack of access to the international market, among others.

During the vote of thanks, Chairman – MSME Sub-Committee, FICCI Rajasthan State Council & Director, SME Consulting Pvt. Ltd., Mr. Rajneesh Singhvi said that FICCI through its MSME Committee is playing a major role in sensitising the Government and banks of the various issues being faced by MSMEs.