RAJASTHAN EMERGES AS PRE-EMINENT HUB FOR TEXTILEINDUSTRY IN INDIA

HomePress ReleaseRAJASTHAN EMERGES AS PRE-EMINENT HUB FOR TEXTILEINDUSTRY IN INDIA 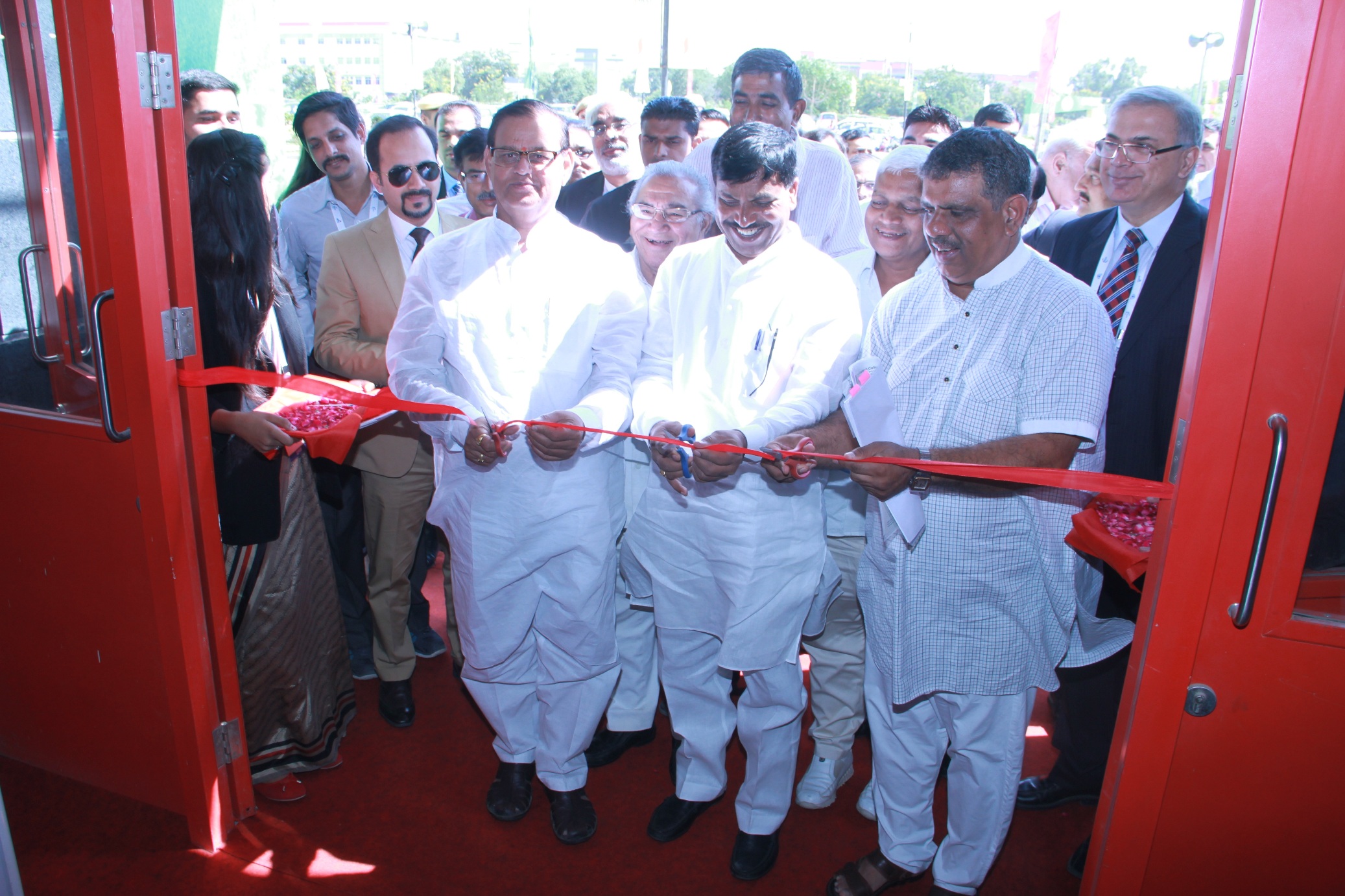 RAJASTHAN EMERGES AS PRE-EMINENT HUB FOR TEXTILEINDUSTRY IN INDIA

Jaipur, 20 October: Rajasthan, having a significant presence across the entire value addition chain (from spinning to garments and made-ups), has    emerged as a pre-eminent hub for the textile industry in the country. This was stated by theRajasthan Industries Minister, Shri Gajendra Singh Khimsar, here today at the inauguration of the landmark 5th edition of ‘Vastra-2016’, an International Textile and Apparel Fair organized by the Rajasthan State Industrial Development and Investment Corporation Ltd. (RIICO) Government of Rajasthan along with Federation of Indian Chambers of Commerce andIndustry (FICCI).

The State Industries Minister said that during the mega Resurgent Rajasthan Partnership Summit held in November last year, as many as 30 MoUs, cumulatively worth Rs 8500 crore, were signed for the textile sector.

Also present on the occasion was the Member of Lok Sabha from Jaipur, Shri Ramcharan Bohra. Shri Bohra urged theRajasthan Industries Minister to set up industrial clusters in Sanganer and Bagru, notable for dyeing and printing. This, assistance he said, would go a long way in helping entrepreneurs of these areas to market their products on a global platform.

In his address, the Textile Minister of Karnataka, Shri Rudrappa Manappa Lamani said, that like Rajasthan, Karnataka is also identified as a prominent textile destination in the country and is known as the silk capital of India. “This is the second time Karnataka is participating in Vastra. Vastra gives an excellent platform for interaction between exhibitors and buyers and the showcasing of textile products and crafts,” said Shri Lamani.

In his address, the Additional Chief Secretary – Industry and Chairman RIICO, Government of Rajasthan, Shri Umesh Kumar said that Textile is an important industry from all dimensions –export earnings, industrial production and employment generation. “Rajasthan is a textile rich state. We have a wide variety – from labour intensive textile handicrafts to technologically advanced textile units,” he said.

Managing Director, RIICO and Commissioner Bureau of Investment Promotion, and NRIs, Government of Rajasthan, Shri Vaibhav Galriya said in his welcome remarks that Vastra is not focused solely on Rajasthan textile industry. It is geared towards supporting and promoting the entire Indian Textile and apparel industry. “One of the added attractions of Vastra 2016 will be a combination of the B2C component with B2B. The first three days of the fair will be exclusively devoted to B2B while the last day there will be B2C activities, involving retail sales. This is a unique format perhaps being applied for the first time in any international trade fair in textiles and apparel in India,” he said.

A Textile Fair directory was unveiled during the inaugural session. The Co-Chairman FICCI, Shri RandhirVikram Singh proposed the Vote of Thanks.