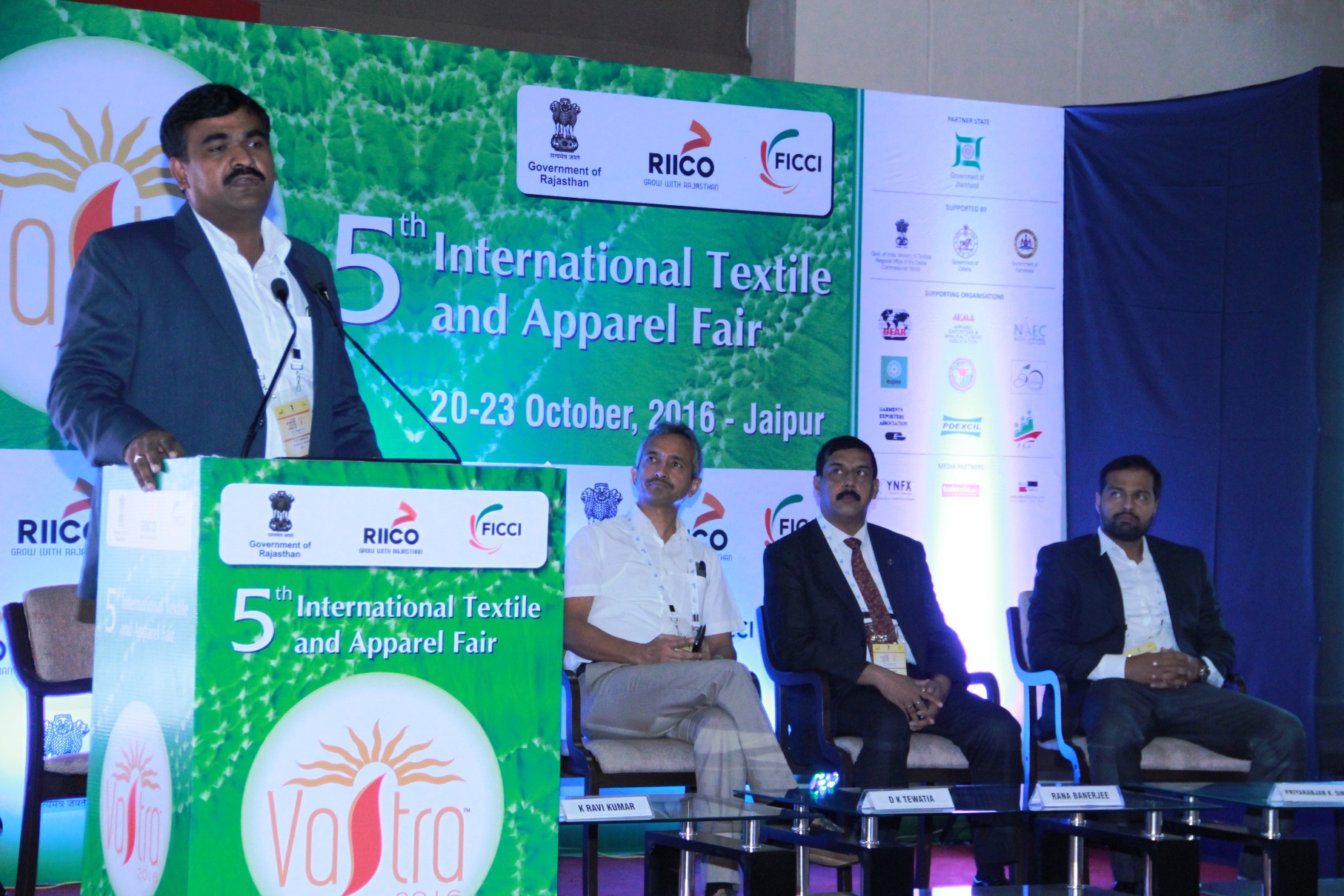 Jaipur, 20 October: The Governments of Jharkhand and Karnataka showcased investment opportunities available in their respective states on day 1 of the international textile and apparel fair – Vastra 2016. The states representatives gave presentations at Jaipur Exhibition and Convention Centre in Sitapura.

In his presentation Shri Girish R. elaborated the investment opportunity in the textile sector of Karnataka. He said that Karnatakaaccounts for 20 percent of the national garment production and 8 percent of the national garments export. “The State provides infrastructure support for Textile Parks across the State. Land with infrastructure support is also available in Karnataka Industrial Area Development Board (KIADB) Industrial Areas” said Shri Girish.

In his presentation, Shri Kumar said that Jharkhand is among the most competitive and investment ready state with a clearest vision and roadmap. The state ranks among the best in terms of business reforms, and has already implemented the best practices for facilitation of investments. “The State Government follows a robust, highly responsive and flexible policy framework to facilitate new investments as well as growth of existing industries” said Shri Kumar. It is to be noted that Jharkhand is also the partner state for Vastra 2016.