RAILWAY SERVICE IS THE LIFELINE OF THE COMMON MAN, MAKE EXPANSIONS INSTEAD OF CUTS” -MP Diya Kumari

HomePress ReleaseRAILWAY SERVICE IS THE LIFELINE OF THE COMMON MAN, MAKE EXPANSIONS INSTEAD OF CUTS” -MP Diya Kumari 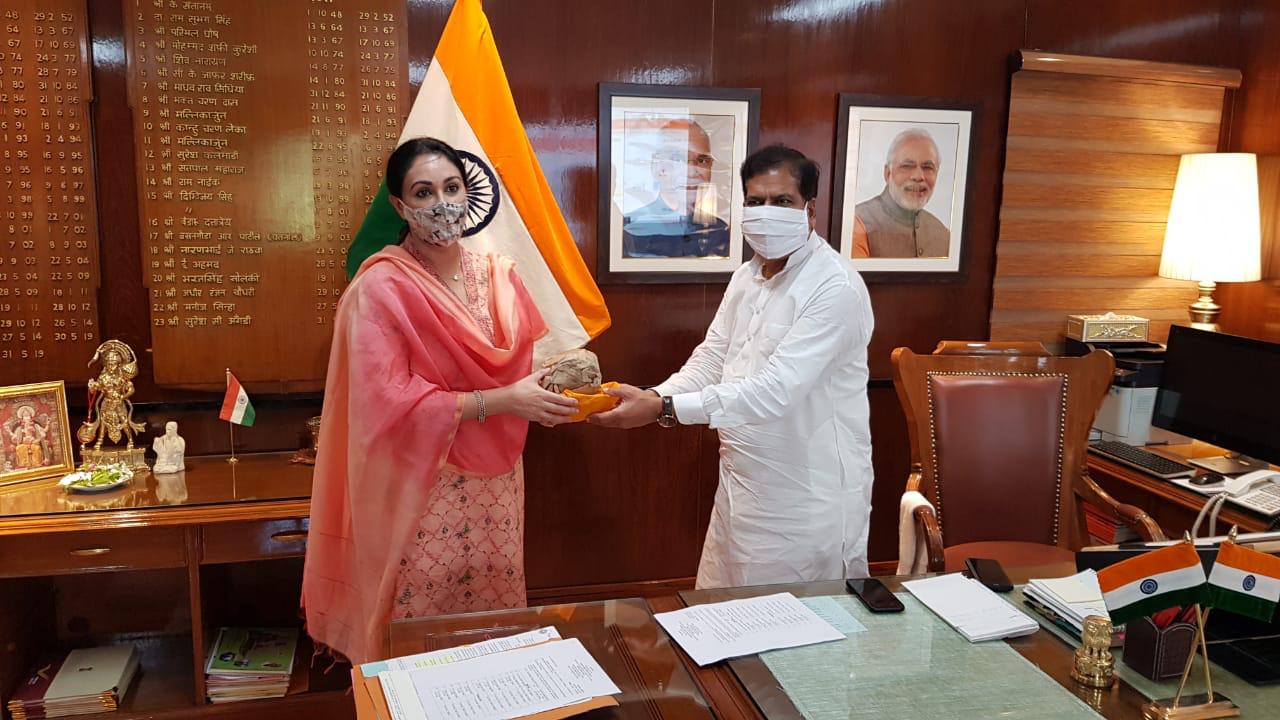 RAILWAY SERVICE IS THE LIFELINE OF THE COMMON MAN, MAKE EXPANSIONS INSTEAD OF CUTS” -MP Diya Kumari

Rajsamand  MP Diya Kumari said that the rail service is considered to be a lifeline of the common man, instead of making cuts in the existing railway services, expansions should be made so that the public can get more relief.

The MP met the Minister of State for Railways, Suresh Angadi in Delhi. During the meeting, MP Diya Kumari discussed in detail about various railway problems of Rajsamand parliamentary constituency. The main points of the meeting included not changing the route of Leelan Express in Merta and Degana and letting it run according to the old route. Apart from this, the Howrah Express train, extended from Delhi to Barmer, should have stoppage of trains at Merta Road Junction and Degana Junction as well as in Beawar. She also demanded the start of broad gauge work at Rajsamand.

Apart from meeting Minister of State for Railways, Suresh C. Angadi, Rajsamand MP Diya Kumari also met the Railway Board Chairman, Vinod Kumar Yadav to cancel the recent order of route change of train no. 12467/12468 Leelan Express and restore it to its old route. She also demanded a stay for train no.12333/12334 Howrah- Anandvihar which has been recently extended to Barmer, at Degana and Merta Road Junction. The MP also informed about the huge inconvenience caused to Butati Dham, Meera Nagari Merta and Degana and nearby passengers.

It is to be noted that the Leelan Express is operated between Jaipur and Jaisalmer in which a large number of passengers and religious devotees make their journey from Degana, Merta Road and Ren railway stations of Rajsamand Lok Sabha constituency. So, the people are upset due to the change in route of this train.