“POETRY IS AN EYE WHICH ANYONE CAN HAVE” -Prasoon Joshi 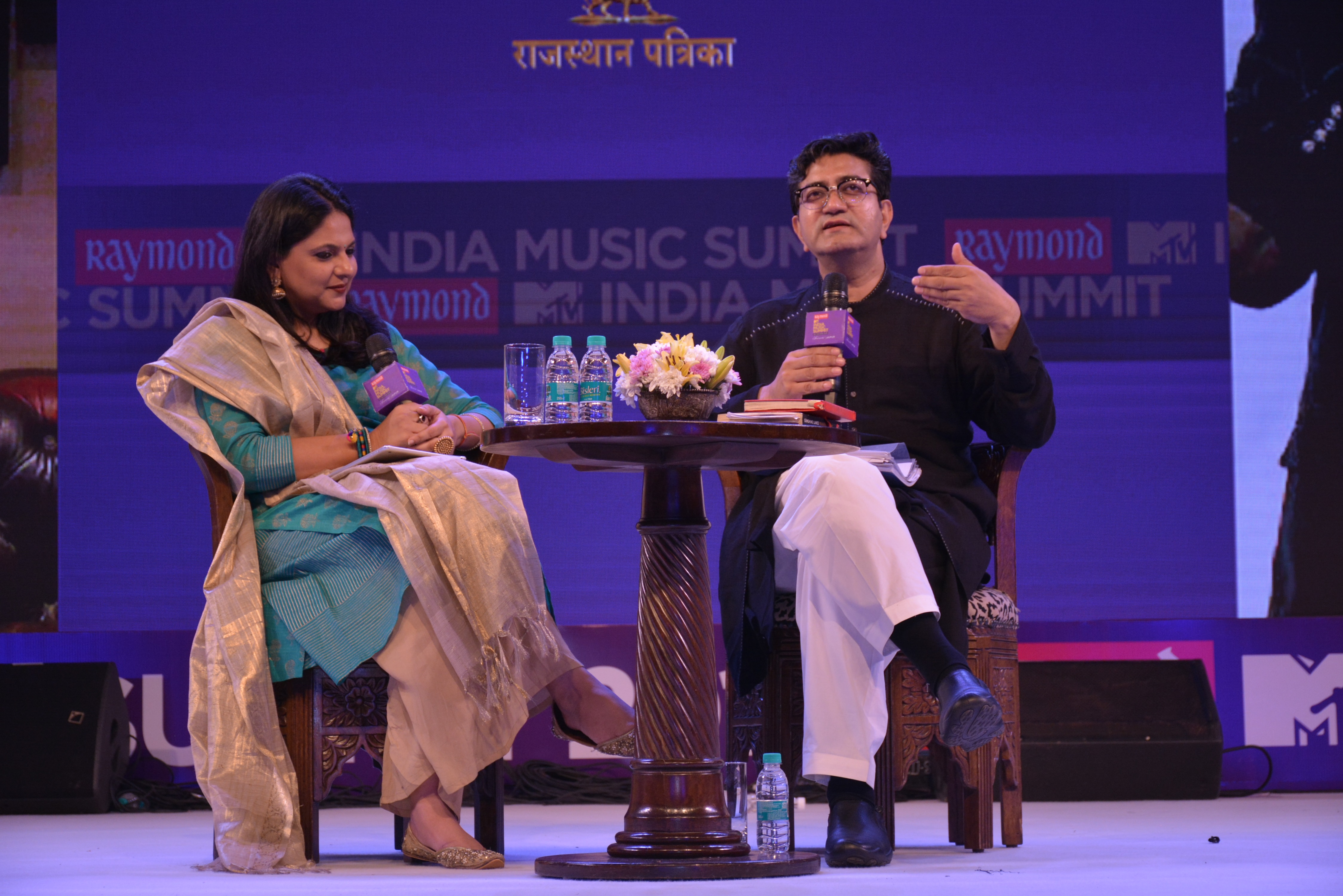 “POETRY IS AN EYE WHICH ANYONE CAN HAVE” -Prasoon Joshi

Joshi further said that he encountered the reality early in life that it is difficult to sustain life with only poetry. However, along with his career in advertising, he kept on pursuing his interests in music and poetry. The society should consider it a collective responsibility to ensure the survival of artistes as art and artistes make life meaningful, added Joshi.

Often using nature as an inspiration to create poetry and write songs, Joshi believes that while marketing allows him to know the pulse of the people, with art he can connect with people. Much to the delight of the full house audience, Joshi also recited some of his poems and songs in between the session.

A session ‘Passing it On’ was held with the renowned father son duo of Santoor players, Pt. Shivkumar Sharma and Rahul Sharma. Pt. Shivkumar Sharma said that musicians are not just created by hard work and practice but a combination of many factors. Past karma plays a big role in becoming a great musician, he added.  Talking about the hardships musicians face, Pt. Shivkumar Sharma shared that his wife never wanted their children to take up music as their career because of the challenges one has to face both socially and economically.

Throwing light on his career as a musician, his son Rahul Sharma said that it was never a plan to become a musician. Till graduation, the emphasis was more on education rather than music. However, he used to play the hymns he learnt while studying in convent school on harmonium. Apart from santoor, Rahul also had interest in flute. He called Hari Prasad Chaurasia a major influence in his life.

Sharing how they both balance the father and son as well as guru shishya relationship, Pt. Shivkumar Sharma said that it was indeed difficult to strike this balance. When he started teaching Rahul as a guru,the father-son relationship had already developed. Rahul added that being a son of a renowned artiste is like a double edged sword. While it has its advantages, one also has to face a lot of pressure as there is a legacy to live up to. To face this pressure, one needs to keep their calm in which meditation and spirituality play a big role.

Earlier there were soulful morning renditions at the ‘Morning Baithak’ with Pt. Ajay Prasanna and Shashank Subramanyam. The performance was a mellifluous blend of Hindustani and Carnatic style of Flute rendition. On the occasion, Shashank Subramanyam said that North Indian flute playing uses longer flutes as compared to the use of shorter flutes in the South. The performance was a reflection of common ragas with different interpretations. This was followed by a Dhrupad rendition by Pt. Uday Bhawalkar performed in a style that enabled communication with audiences of all backgrounds.

Other programmes held throughout the day included – ‘Decoding Classical Music’ with Ustad Jawaad Khan and Mazhar Khan and a discussion ‘The Mean Scene’ with Prabh Deep, Raja Kumari, Nucleya, Aruna Sairam, Aditya Kashyap along with RJ Sarthak. Similarly, there was also a mesmerising performance in a concert by Aruna Sairam and ‘Swar Aur Sitar’ a concert by Purbayan Chatterjee and Ustad Rashid Khan.  In the session, ‘Making Music’ by Soumil Shringapure and Siddharth Mahadevan shared the process of producing music for a song; ‘In Aankhon ki Maasti Ke…’ in a much looked forward to conversation with Asha Bhosle and Prasoon Joshi, the iconic singer spoke about her musical journey. An entertaining and electrifying evening saw performances by legends like Saif Mahmood in ‘The Sounds of Love’; an ode to Maa Durga by Kaushiki Chakraborty ‘Matrurupen’; a Khasi story of love and betrayal by the Shillong Chamber Choir; ‘Junoon’ by Ustad Shujaat Khan, Taufiq Qureshi and Vikku Vinayakram; an unplugged set by Javed Ali and Qawalli rendition in ‘Supreme Love’ by Ustad Aslam Sabri and troupe.

Other than this numerous masterclasses and film screenings were also held throughout the day. These included – ‘Zikr Us Parivesh Ka’, a national award-winning film on Begum Akhtar; ‘Gully Life: The Story of DIVINE’ as  well as a masterclass on Carnatic Flute by Shashank Subramanyam and on Ghazals by Radhika Chopra.

Speaking on the association with the summit, Ferzad Palia, Head – Youth, Music & English Entertainment, Viacom18 Media Pvt. Ltd said “We have been supporting the MTV India Music Summit, over the past 3 years and bringing an enthralling experience to music lovers. The event celebrates maestros from various genres, opening new worlds for the rich musical talent in the country. Being a brand that has created iconic properties like MTV Unplugged, Coke Studio and more recently, MTV Hustle, we believe that nurturing new talent as well as promoting established artists across genres, goes a long way in creating newer avenues for the industry. Music is an intangible heritage that brings life to India’s multi-faceted culture. Platforms like MTV India Music Summit are most pertinent in placing India in its rightful place on the global music map.”