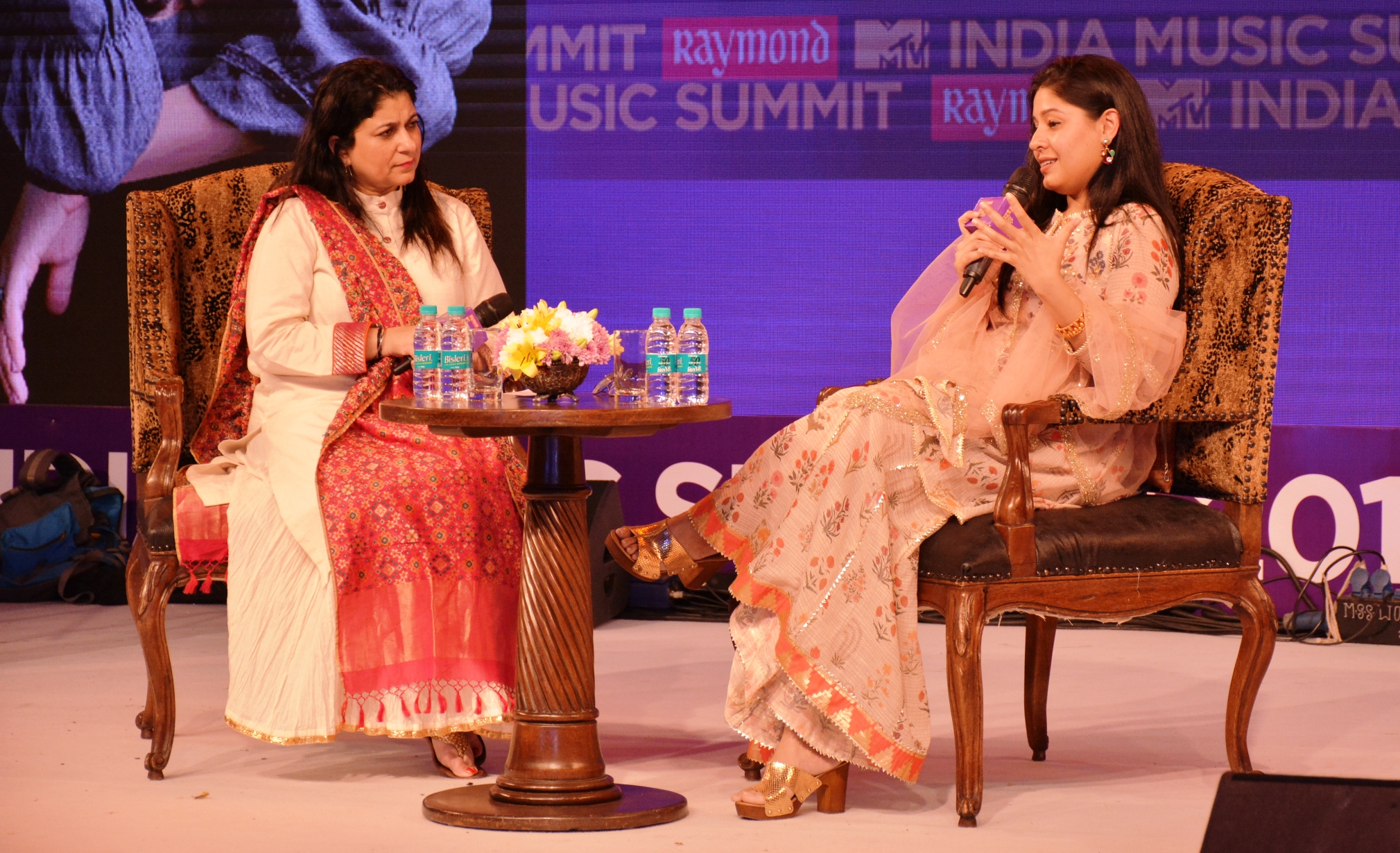 Fast-paced and item songs are more difficult to sing than romantic ones. Over the course of my more than 20-years-long career, singing items songs is my biggest pride. This was stated by iconic Bollywood playback singer, Sunidhi Chauhan at the session ‘My Music, My Life’ on the concluding day of the 3-day Raymond MTV India Music Summit at The Fairmont in Jaipur.

In conversation with Co-Founder of Musicconcepts, Mala Sekhri, she talked about her journey as a singer. She said that she sang her first song at the age of 11. Even now she feels that her musical journey has just begun. She never thought that her career would reach such stature and used to sing as a hobby since she was just 4 years old. But, after singing her first playback song, she knew wanted to pursue music professionally as well.

Throwing light on her current project, Sunidhi said that she has now become selective in terms of the kinds of songs she sings and does not want to be repetitive. She is working on non-film songs as well. She expressed her disappointment on the prevalent trend of ‘Auto-Tune’ where even non-singers get away as singers. As a special tribute to the legendary Lata Mangeshkar, Sunidhi sang ‘Zaara Si Aahat Hote Hi’. She also sang ‘Aa Zara’ from Murder 2, a song closest to her heart.

In the session Taleem: Decoding the Sitar Session, Ustad Shujaat Khan said that people are often scared of Classical music because of the numerous Raagas and classical singers promoting themselves as ‘Swamis’. However, classical music is not rocket science and is a part of our life which is meant to be enjoyed. He further said that with mobile phones people have the choice to listen to a variety of music. One should choose songs that can be watched and heard with family members and not just lovers. Throughout the session, he also interacted with the audience by playing songs like ‘Kaisi Teri Khudgarzi’, ‘Kabhi Kabhi Mere Dil Mei’ and ‘Abhi Na Jao Chodd Kar’ on the Sitar.

Earlier, the brilliance of the Benares Gharana was presented by Pt. Rajan Mishra and Pt. Sajan Mishra at the ‘Morning Baithak’ session. In a spellbinding performance, the duo presented Raag Bhairavi mixed with Dhrupad, Tappa and Thumri styles of singing. They performed songs like – ‘Naandh Ko Na Bhed Paayo’,’ Sona Yaar Mile’ and ‘Chala Re Pardeseya’. They were accompanied by Ustad Akram Khan on Tabla and Sumit Mishra on Harmonium.

The 3-day Summit concluded with a 2-hour grand finale ‘Spark Joy’ by the Shillong Chamber Choir. They performed songs like – Gulabi Aankhein, Senorita, The Dancing Queen, We Will Rock You  and Love You Zindagi.

Other programmes held throughout the day included – A concert by Sunanda Sharma, whose carrying forward the legacy of the iconic Girija Devi; Masterclass on Carnatic Tradition by Aruna Sairam; Film Screening ‘Bhinna Sajda’ a film based on Kishori Amonkar by Amol Palekar. Similarly, the gifted, Taufiq Qureshi spoke about the rhythms from traditional to new age in the session ‘Timeless Taufiq’.